USD/CAD and the other nonfarm payrolls day

Nonfarm payrolls are not only due in the U.S. today as Canada's official jobs report for November will also be released later today (+20,000 jobs, jobless rate steady at 8.9% expected).


From a technical point of view, on a daily chart, USD/CAD has struck against a former rising trend line and is capped by its 50-day moving average (in blue). The daily RSI is badly directed. Readers may therefore consider the potential for further weakness below horizontal resistance at 1.3140. The nearest support would be set at September 2018 low at 1.2790 and a second one would be set at set at April 2018 low at 1.2550 in extension. 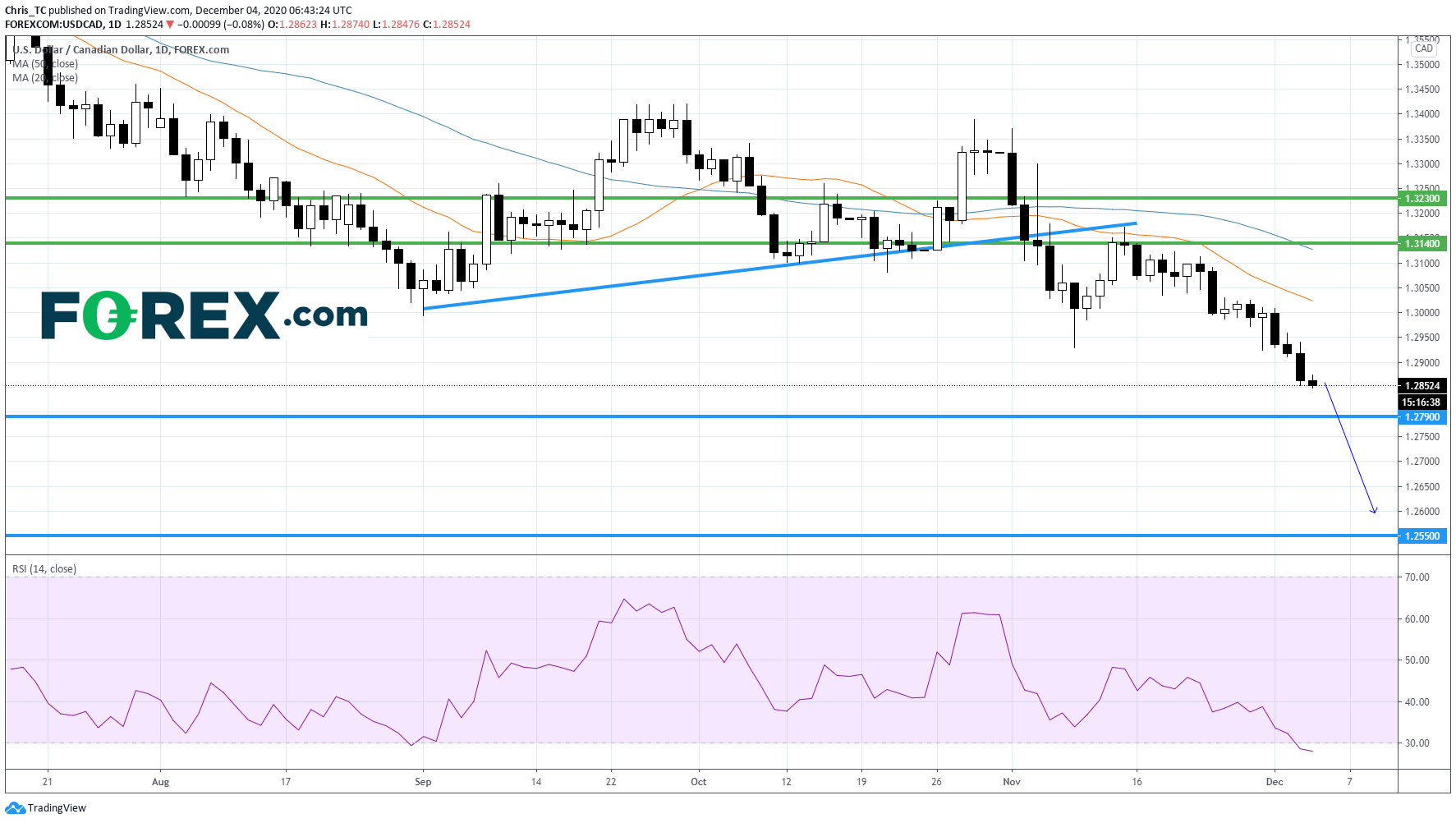