USD/CAD may be ready to break down

If stops below 1.2600 are triggered, the pair could be at the next support level in a hurry

USD/CAD is close to a key level of 1.2600, which if broken, could set the stage for the direction of the pair for the near-term future.

Like many other currencies, inflation and jobs are the 2 biggest factors in determining the exchange rate.

Canada has already ended its bond buying program, and some are looking for the Bank of Canada to begin hiking rates at soon as its next meeting on January 26th, having kept rates unchanged at 0.25% at its previous meeting.   In the US, Fed Chairman Powell has indicated that the Fed’s bond buying program will end in March.  Markets are also pricing in a rate hike at the March meeting, and 3 more for the rest of 2022.

USD/CAD is approaching the neckline of a head and shoulders pattern. 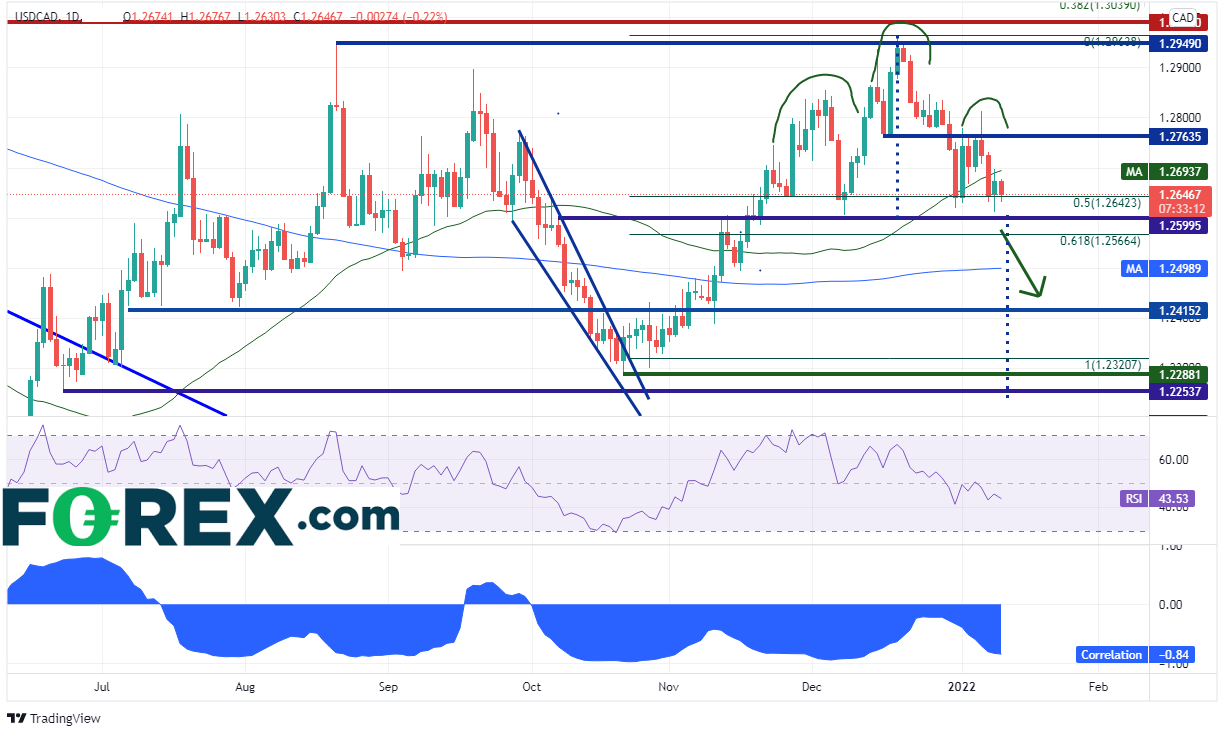 Another factor that is important to pay attention to when watching USD/CAD is Crude oil.  Notice at the bottom of the chart below that the two assets are highly negatively correlated at -0.84.  Any reading above +0.80 or below -0.80 is considered a “significant” correlation.  Therefore, if Crude oil continues to move higher, it should cause USD/CAD to move lower.

For reference, WTI Crude Futures are currently trading at resistance at $80.58 as of the time for this writing. 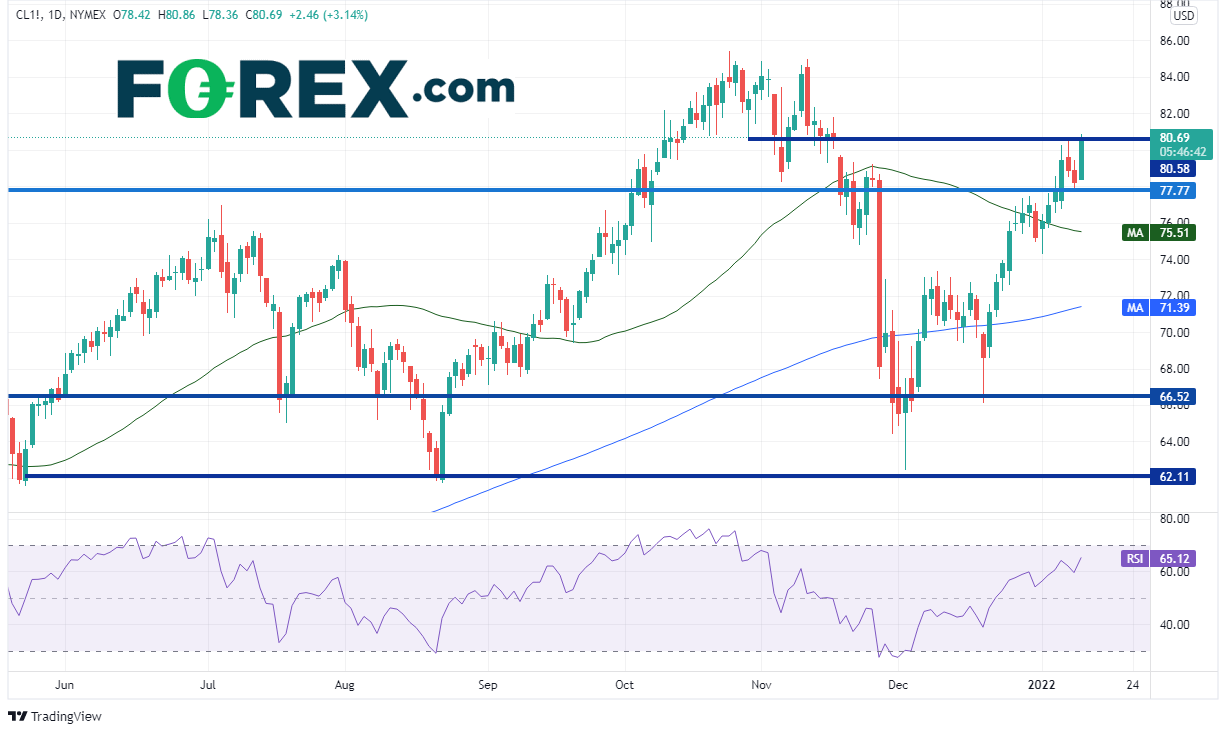 Watch for an aggressive break in USD/CAD through 1.2600.  If stops are triggered, the pair could be at the next support level in a hurry.  US CPI and Crude Oil could be factors to help move the pair soon.