On Friday, Durable Goods Orders for the August preliminary reading are expected to rise 1.3% on month, compared to +11.4% in the July final reading.

The Euro was bullish against most of its major pairs with the exception of the CAD and GBP. In Europe, on the economic data front, German IFO business climate index was released at 93.4 in September, compared with 92.5 in August (revised from 92.6) and 93.8 expected. The current conditions sub-index rose from 87.9 to 89.2 but 89.5 expected. The outlook sub-index stood at 97.7, compared with 97.2 a month earlier (revised from 97.5) and 98 expected.

It was a relatively quiet FOREX session on Thursday. The USD/CHF gained 29 pips to 0.9269 making it the big gainer on the day. Although there was not much action in the session the USDCHF has done an impressive reversal. The pair finally broke away from its short-term consolidation between 0.899 and 0.9185. We have been watching for a break of the rectangle pattern for quite some time. 0.9185 has now become key support in the rebound. Look for a continuation higher towards targets of 0.9375 and 0.9515 in extension. 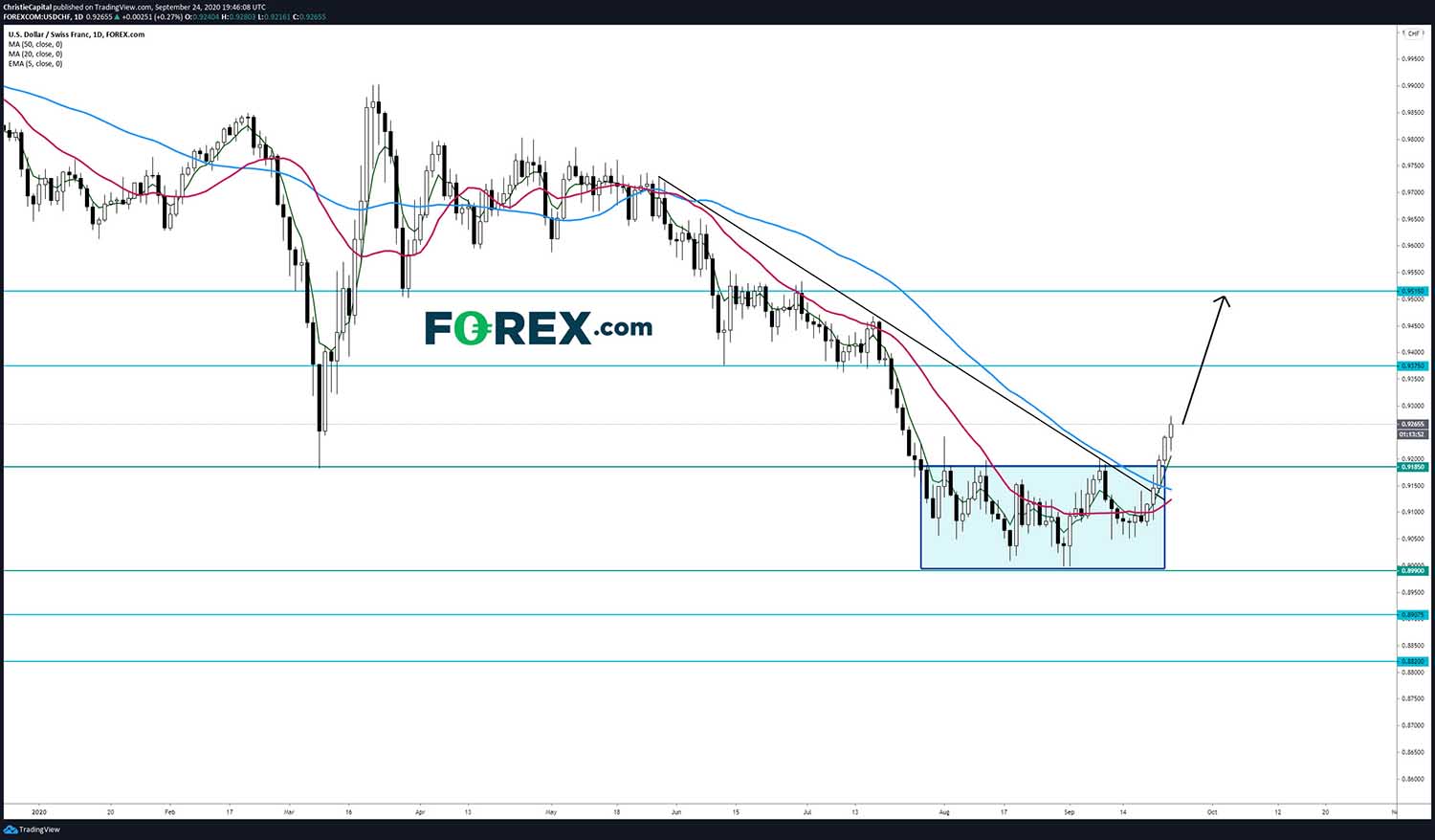