As a result of the dollar rally, the USD/CHF looks poised for a bullish breakout.

The Dollar Index has resumed higher today, with the greenback rising most notably against the euro ahead of the European Central Bank meeting tomorrow. The likes of the USD/JPY and USD/CHF have also started the day on the front foot, with haven currencies falling out of favour amid a risk-on day in the stock markets after China released a tariff exemptions list for products from the US this morning, in a further sign of de-escalation in the dispute.

With the dollar appreciating, the pressure is growing on the Fed to cut interest rates more aggressively, not least from President Donald Trump who was at it again today. He tweeted that the Fed “should get our interest rates down to ZERO, or less, and we should then start to refinance our debt. INTEREST COST COULD BE BROUGHT WAY DOWN, while at the same time substantially lengthening the term… It is only the naïveté of Jay Powell and the Federal Reserve that doesn’t allow us to do what other countries are already doing…”

Tomorrow, the European Central Bank is widely expected to cut interest rates slightly, while the Federal Reserve is seen delivering a 25 basis-point rate cut next week.

As a result of the dollar rally, the USD/CHF looks poised for a bullish breakout. Rates have been printing higher highs and higher lows since that false breakdown attempt was made in mid-August around the 0.9700 handle. Nearly a month later, the Swissy has already broken its bearish trend line and at the time of writing it was trying to re-capture the 200-day average around 0.9950. Unless a bearish reversal pattern unexpectedly forms here, it looks like the USD/CHF may drift higher over the coming days and head towards and potentially beyond parity. 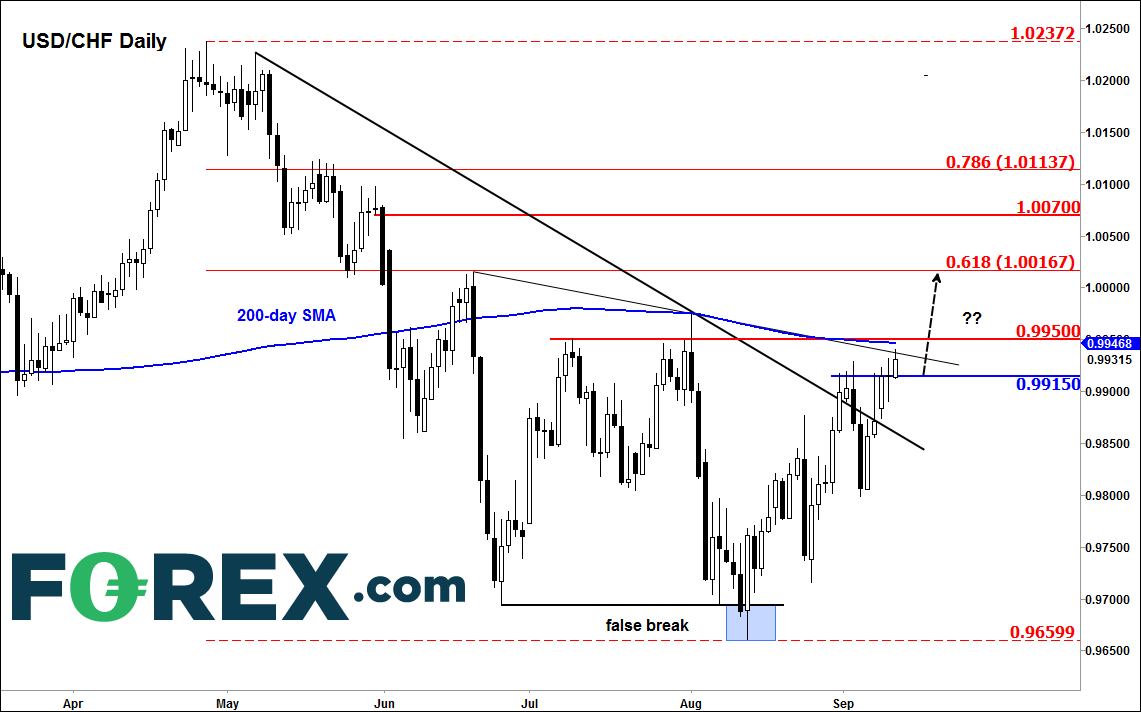