The Chilean Peso took a hit today after a violent weekend of protests, in which 11 people died according to the Karla Rubilar, the mayor of Santiago.  Cost and living and inequality sent people to the streets last week after the government said they were going to increase the price of public transportation.  The President of Chile, Sebastian Pinera, declared a State of Emergency and noted that the price increase was due to currency exchange fluctuations. 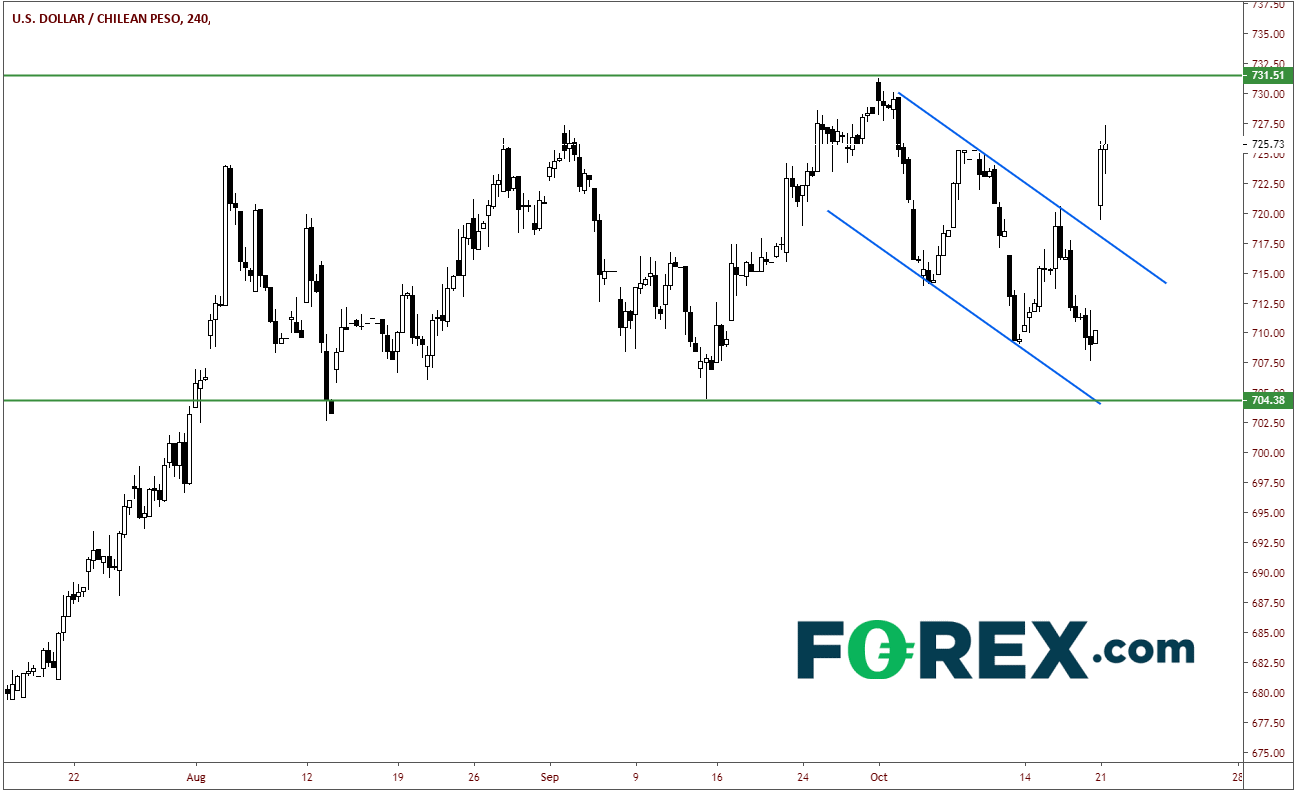 However, this move is really part of a longer-term structural issue for Emerging Markets (EMs) in general, rather than just the violence over the last week.  As the Fed began its tightening policy in 2012, the USD has been strengthening and EMs are the ones who have taken the brunt of it.  On the weekly chart,  USD/CLP  was at 455.25 in July 2011 and rose to a high 731.74 in January 2016.  After retracing 50% of that move, price is testing the 2016 highs and threaten to break out.  Bulls may want to consider waiting for a break above 731.74, and buying a retest of that level, as price is currently in an ascending wedge and is diverging with RSI, an indication price may pull back in the short-term. 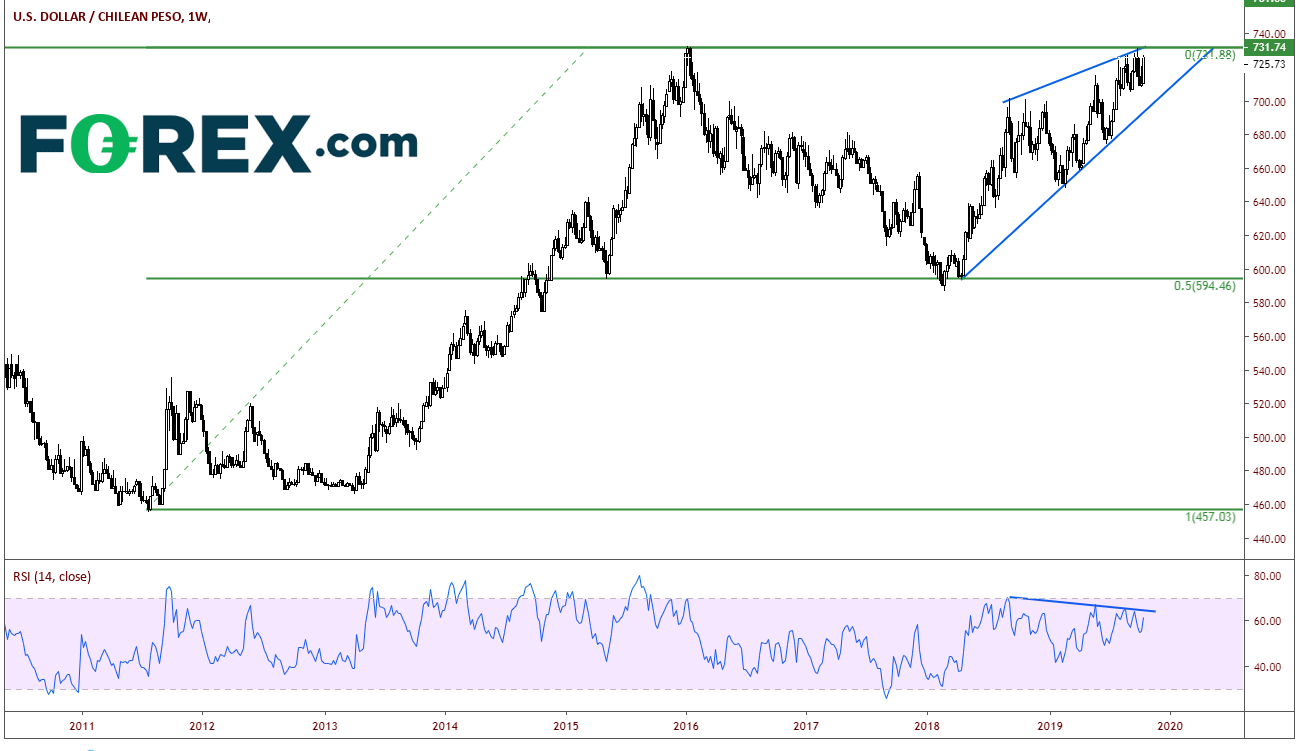 The Brazilian Real is another currency that has been hit by the strengthening US Dollar since 2012.  USD/BRL was at 1.5322 in August 2011 when the pair began its ascent to 4.2589 in September 2015.  The pair pulled back, just as USD/CLP had, however not as deep, and formed a rounding bottom formation.  After testing the highs in mid-2018, USD/BRL pulled back slightly and now appears ready to break out above 4.2589, as it is testing that level for the third time.  The price action appears to be  putting in a long-term cup and handle formation.  However, as with USD/CLP, bulls may want to wait for a break above 4.25 and a retest to enter the market, as the RSI is diverging with price as well. 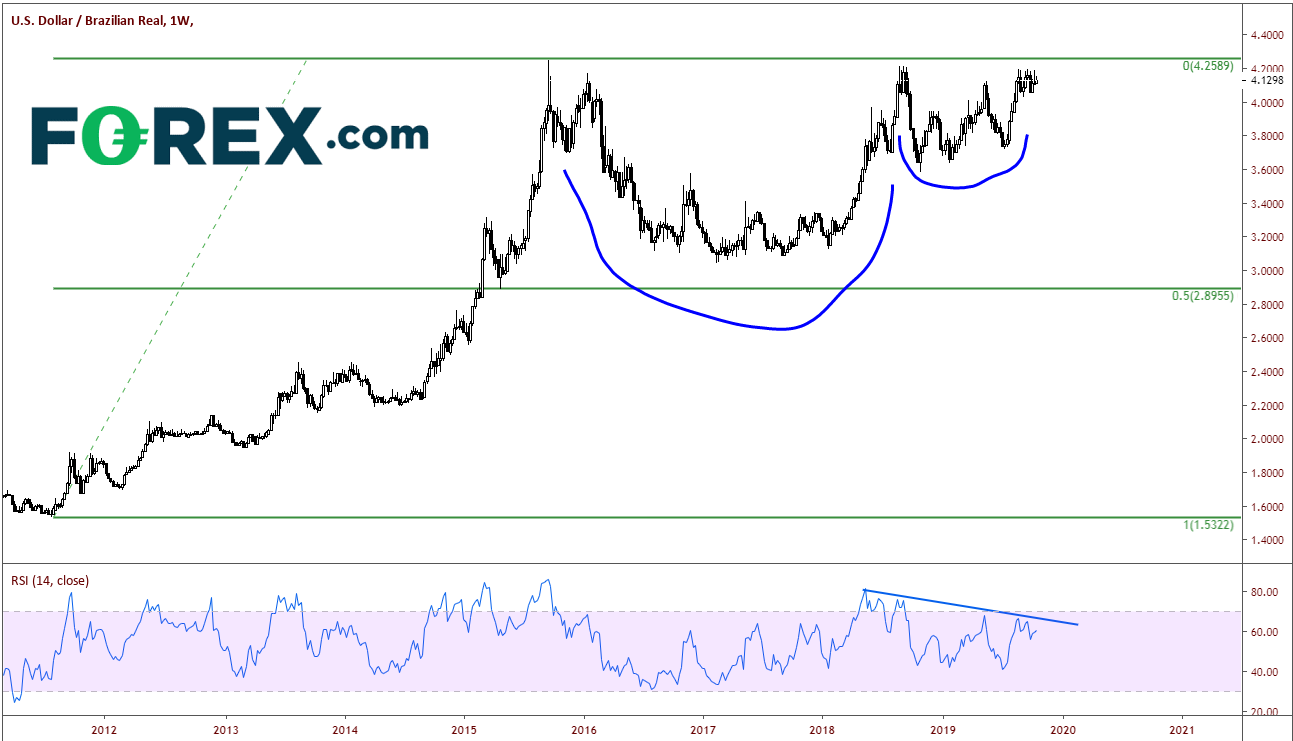 Patience is key for those who wish to get involved with these EM pairs, as market participants may wait to see how the shorter-term patterns play out if the pairs do not immediately break higher.  Its usually not a good thing when everyone jumps in the pool all at once!