With almost all other USD pairs breaking out recently, the USD/JPY has lagged behind.

The USD/JPY is one to watch for a potential breakout. With almost all other USD pairs breaking out recently, the USD/JPY has lagged behind. In part, this has been due to the yen’s status as a haven currency with risk assets coming under pressure from time to time over the past couple of weeks, owing to concerns stemming from the US-China trade situation to Trump’s impeachment and the economy. But is that about to change? Yesterday, the USD/JPY formed a bullish engulfing candle, finding support off its 50-day moving average and horizontal support at 107.00. But it has struggled to show any bullish follow-through so far in today’s session. Yet, the losses have been limited and at the time of writing it was trying to come back. If it manages to take out resistance around 107.80 then that could trigger technical buying above that level.  This could lead to a potential move initially towards recent high at 108.50 but over time to the next cluster of resistance in the 109.50 area, where we also have the 200 MA converging. However, if support at 107.00 gives way at the second time of asking then this would potentially invalidate this bullish scenario. In this case, a drop to the next support at 106.40 would then become likely. 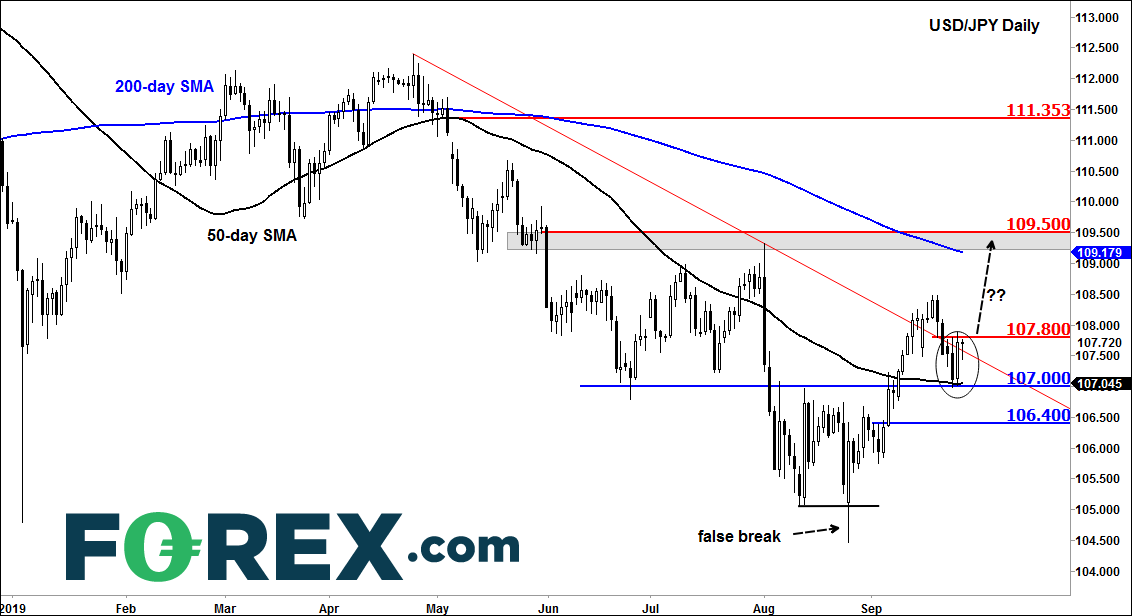