The dollar goes from strength to strength as market participants grow more confident in foreseeing a rate rise in the US before the year is out. If the FOMC’s last policy meeting minutes, due to be published later on today, convey a more hawkish tone than what the market is expecting then this will only increase rate hike expectations further. 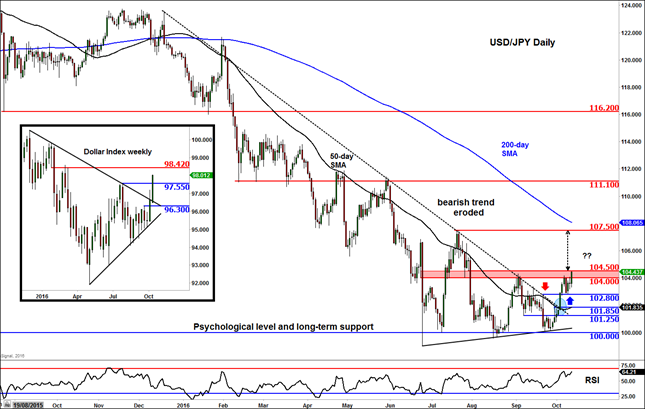