On Tuesday, Empire Manufacturing for September is expected to rise to 7.0 on month, from 3.7 in August. Finally, Industrial Production for August is expected to increase 1.0% on month, compared to +3.0% in July.

The Euro was bearish against most of its major pairs with the exception of the CAD and USD. In Europe, the European Commission has reported July industrial production at +4.1% (vs +4.2% on month expected).

The Australian dollar was bearish against most of its major pairs with the exception of the CAD and USD.

Looking at active pairs, the USD/JPY dropped over 46 pips in Monday's trading. From a technical perspective, the pair remains in a bearish trend channel capped by its 50-day moving average (in blue) and a declining trend line. As long as price action remains below 107.15 resistance we anticipate choppy price action with a bearish bias down towards August lows near 104.20. 
The USD index also remains capped by its 50-day moving average (in blue) as the index remains in a downtrend. We may see a continuation lower to test 91.75 support as long as 93.99 is not broken to the upside. 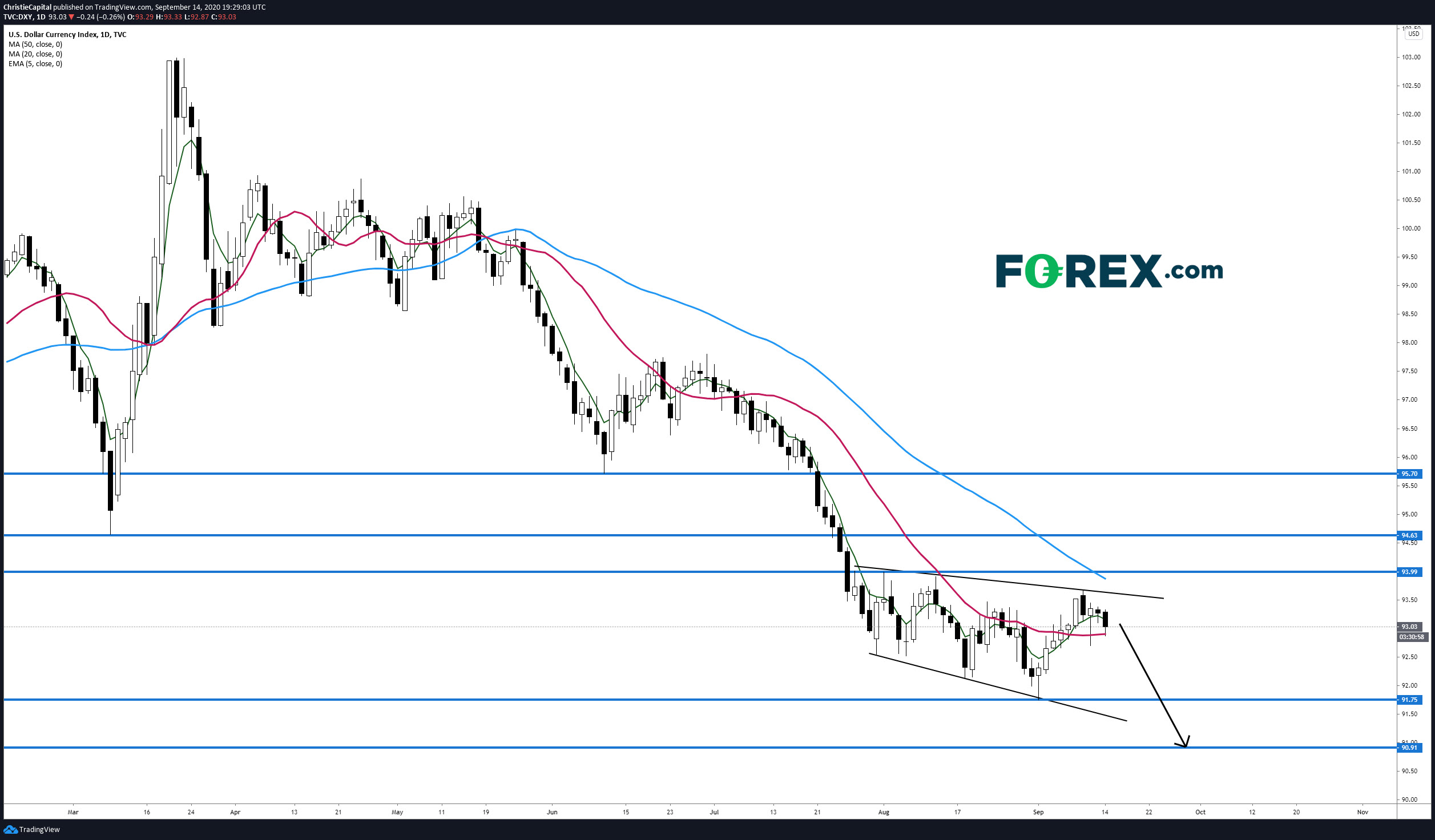