USD/MXN Hoping for Trade Deal to Go Through

Many are wondering if the United States-Mexico-Canada Agreement (USMCA) will be ratified.

As the pending impeachment of President Trump in the House of Representatives appears to be coming sooner than later,  many are left wondering if the United States-Mexico-Canada Agreement (USMCA) will be ratified.  House Democrats have not yet brought it to the floor for a vote, though Mexico and Canada have both already agreed to it.  There are concerns about enforcement of the agreement.  However, with the strength of the Mexican Peso vs the US Dollar over the last few weeks, it appears the market believes it will be approved.

USD/MXN has been trading in a symmetrical triangle since April of 2018.  On Friday the pair closed below the rising tending for the first time and yesterday bounced to retest it.  Today the pair is consolidating just below the trendline.  The trendline and current price (19.1240) are just below the 127.2% Fibonacci extension from the low on September 18th to the high on October 2nd .  First resistance comes in between 19.14 and 19.18. 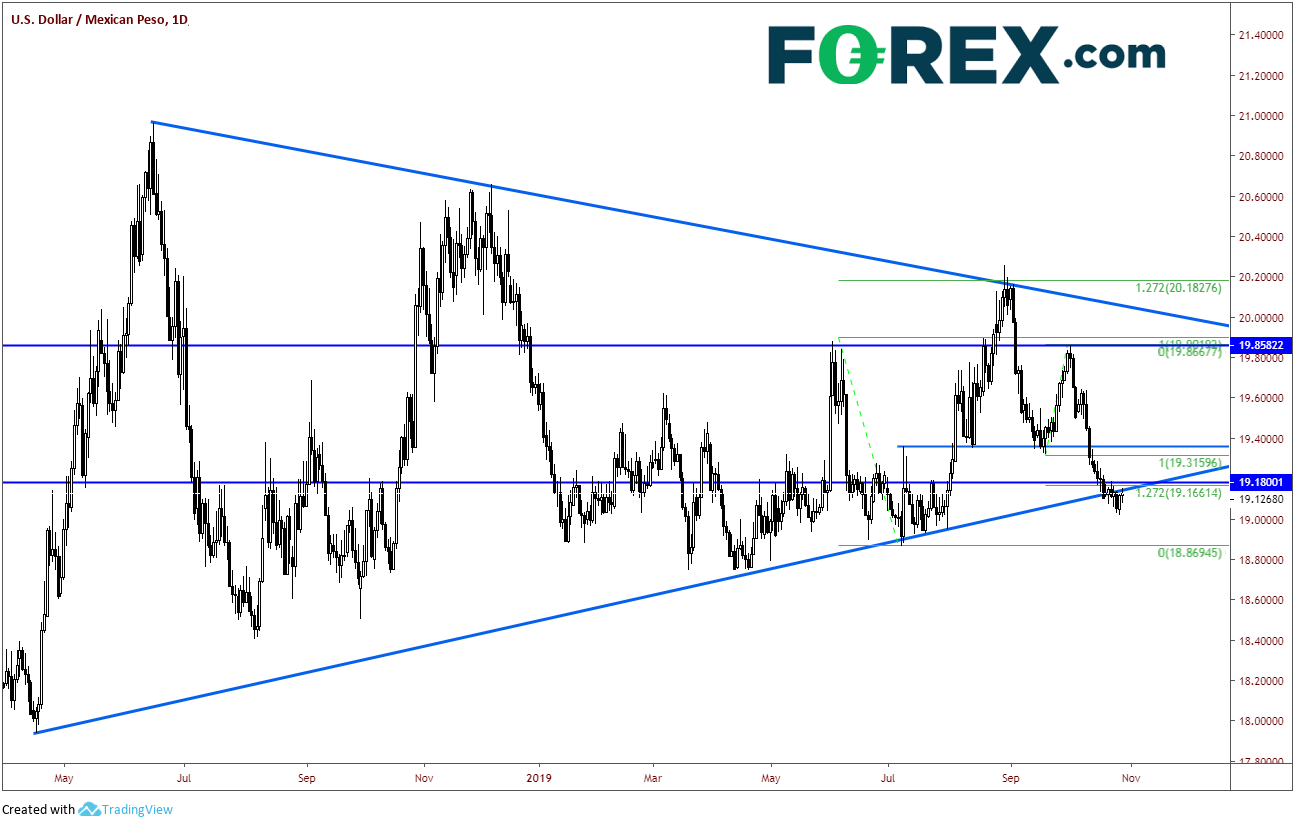 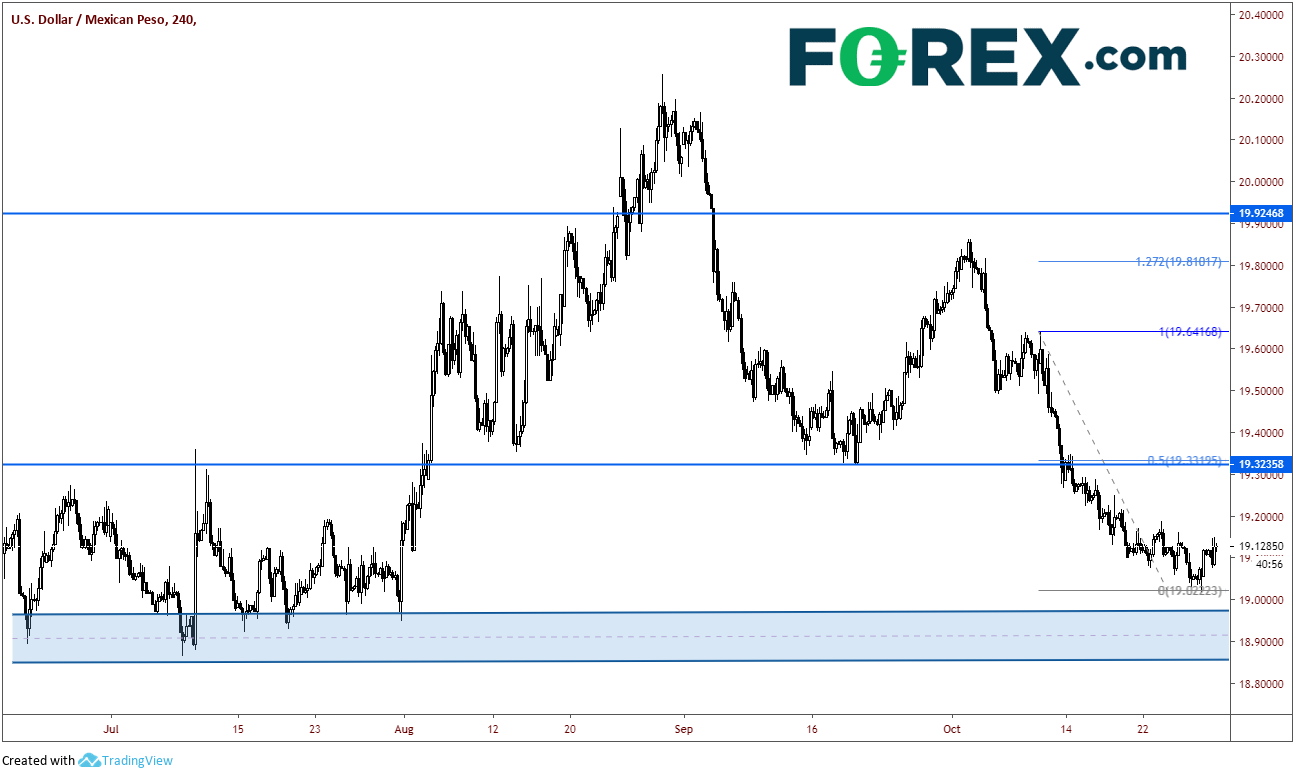 The question now becomes one of “buy the rumor, sell the fact?” if the USMCA does get ratified.  Bears need to ask themselves how much of this has already been priced into the market.  If USD/MXN breaks below 18.8500, the pair can move quickly to the downside.

Watch for headlines over the next few days regarding USMCA, as Brexit and the US-China trade war continue to dominate the focus of the market. (Oh…. and there is also BOC, FOMC, BOJ, and NFP headlines to pay attention to as well!!)