The contrast has recently increased between a US Federal Reserve that has continued to confirm its path towards higher interest rates and a European Central Bank that has continued to postpone the end of its massive quantitative easing program. This sharpening contrast has helped to drive the EUR/USD pullback that has been in place for the past two months since early September, when the currency pair hit a multi-year high near 1.2100.

Since that high, the EUR/USD pullback has broken down below several key support factors, including a September breakdown below both its 50-day moving average and a major uptrend line extending back to April. More recently, late October saw the currency pair break down below the 1.1700-area "neckline" of a bearish head-and-shoulders pattern in the aftermath of the ECB's dovish policy announcement less than two weeks ago. After that breakdown, price action formed a bearish inverted flag pattern just above 1.1600 support, which was tentatively broken to the downside early Monday before losses were pared when the dollar subsequently dropped.

With any further sustained move below the noted 1.1600 support area, EUR/USD’s recent downside correction is likely to be extended. Such a breakdown could pressure the currency pair towards the next major downside targets at the 1.1450 and 1.1300 support objectives. 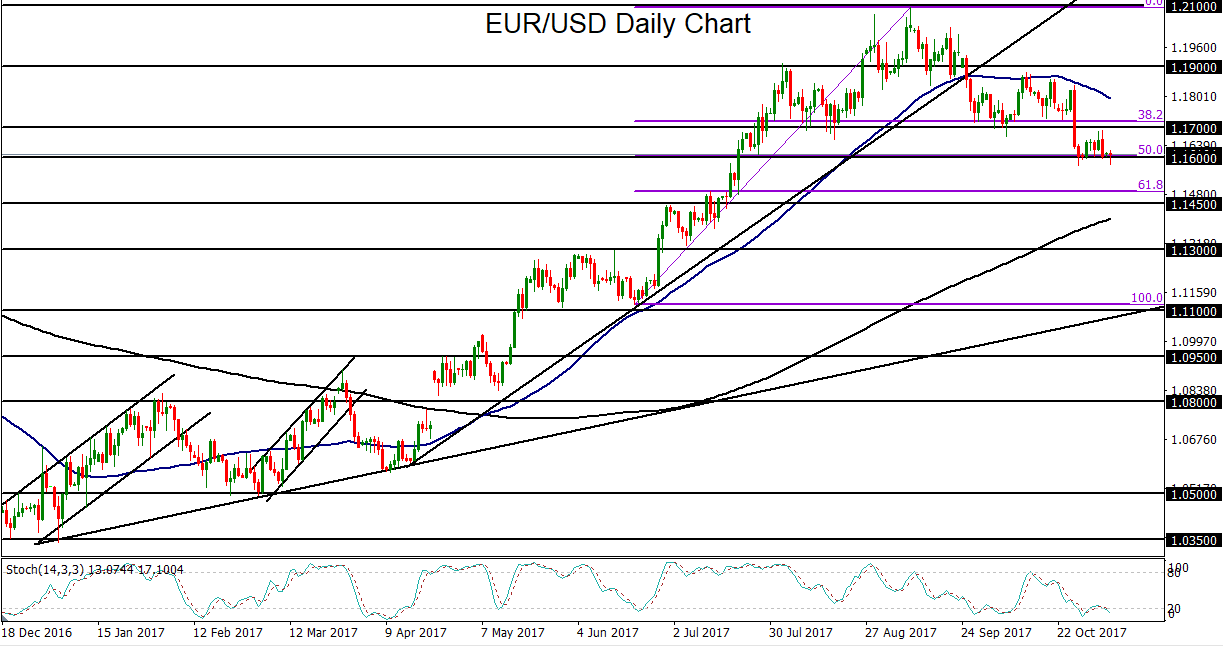