The strong dollar and lockdowns in China have continued to see traders take a bearish stance on metals over the past four weeks.

As of Tuesday the 10th of May: 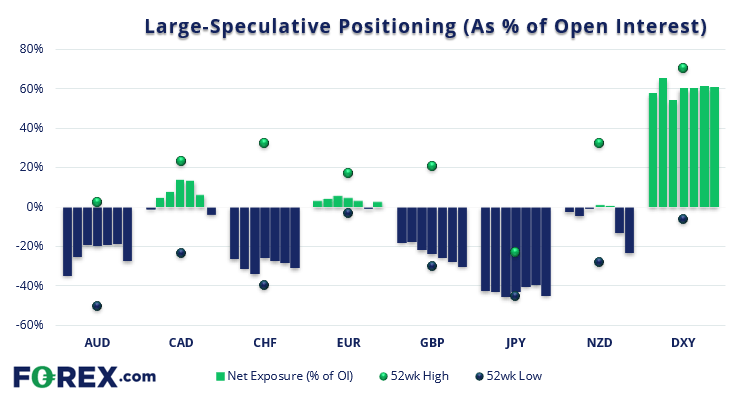 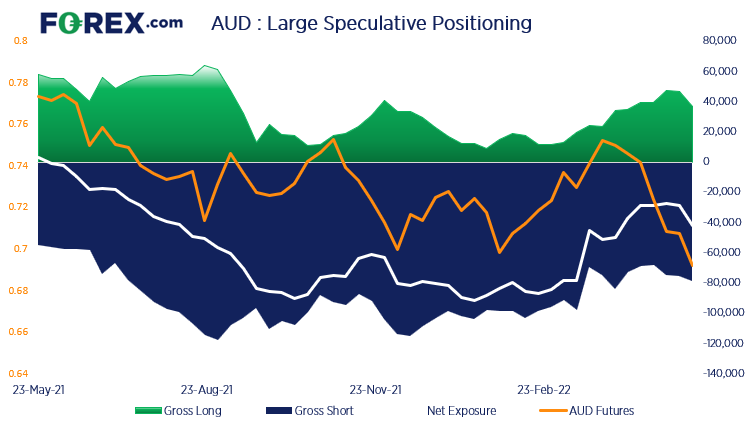 But if we look at commodity FX more broadly, traders are now net-short on AUD, CAD and NZD. So we are bracing ourselves for further losses against the US dollar in general.

As of Tuesday the 10th of May: 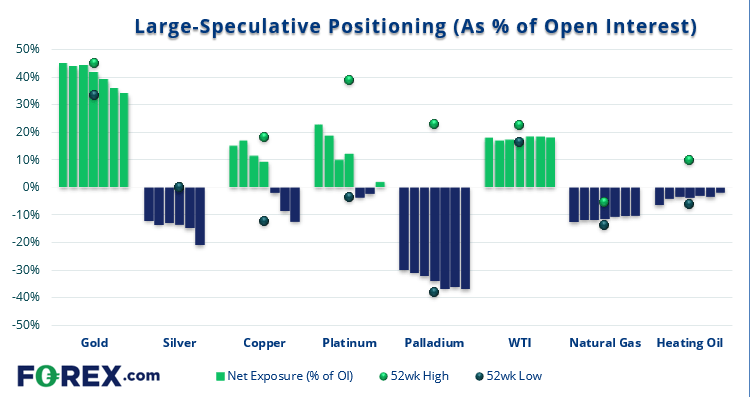 The fall in gold has been accompanied with net-long exposure to gold futures falling for four consecutive weeks. Gross shorts among large speculators have risen to their most bearish level since late February and gross longs to their least bullish since mid February.

Spot gold prices traded briefly below 1800 last week and it remains a key level to monitor, as a break beneath it invalidates the trend support level from the March 2020 low. 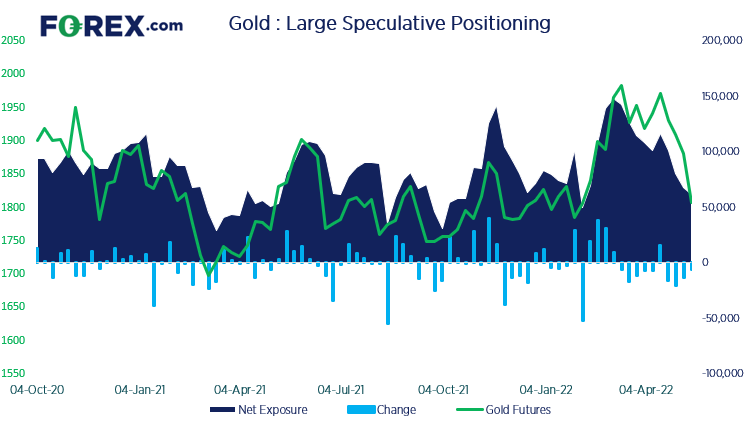 Like gold, the sharp declines have been accompanied with a combination of longs being closed and shorts being initiated. The lockdowns across parts of China have been a key driver for the selloff in such commodities, although we noted that reports state that Shanghai will reopen malls, supermarkets and restaurants from today.