Traders were their most bearish on British pound futures in 17-months, according to last week’s commitment of traders report.

As of Tuesday 16th November:

Traders are now aggressively short British pound futures, with the net-short positioning now sitting at its most bearish level since June 2020. However, it is worth noting that the report was compiled before traders began to strongly suspect that the BOE will hike at their next meeting following strong inflation data and a decent employment report. We therefore may find that some of these shorts have since been closed out and we may see bearish exposure reduced Friday’s report. 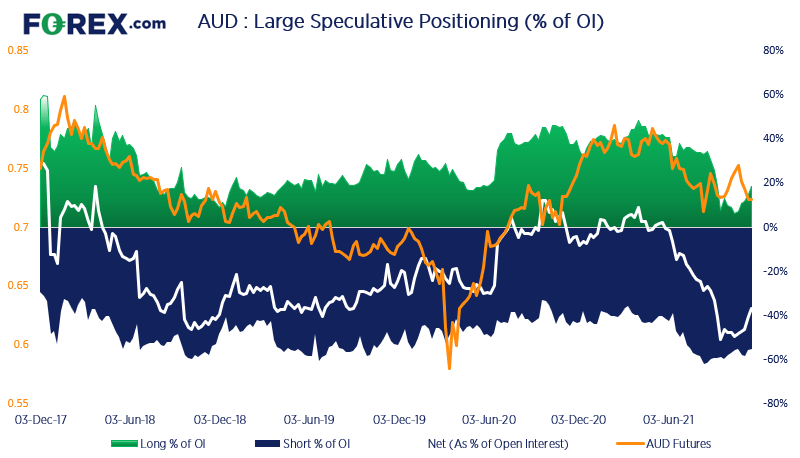 Whilst plenty of bears remain short AUD futures, bulls have increased their gross-long exposure to the Aussie for a fifth consecutive week which as taken the net-short index to its lowest level since August. It may take RBA to be a lot less dovish to shake off some of these bears though as they remain adamant that no rate hike can be expected until 2023/2024. As of Tuesday 16th November: 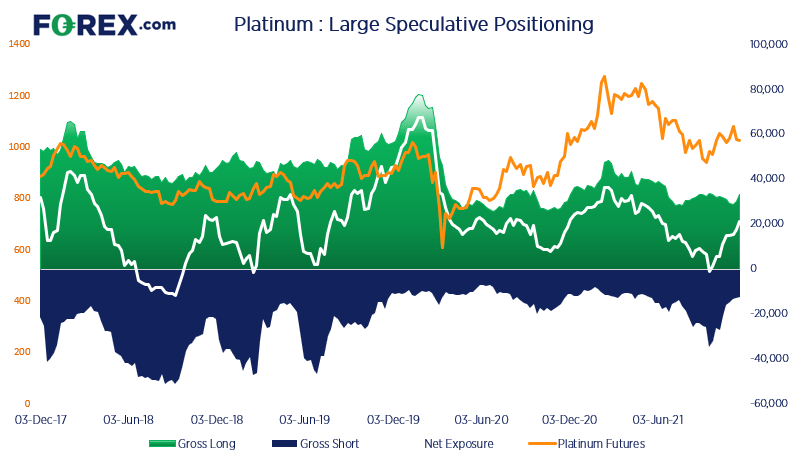 Traders have been shedding their short contracts since the middle of September, but it is worth noting that longs have increased for two consecutive weeks. So, what began as short covering has now turned into a healthy bullish trend. That said, prices closed lower last week so it appears that platinum prices are now in a corrective phase, but as long as prices hold above the September low then we will seek new bullish setups.