The British pound was the only major to close higher against the greenback last week, and speculative positioning suggests short covering remains the main driver.

This content will only appear on Forex websites! Read our guide on how to interpret the weekly COT report

Traders remain net-short GBP futures, as they have done for over 9-weeks now. Yet more may be gleaned from looking at the inflection point of gross short exposure, as bearish positioning appeared to hit a sentiment extreme back in early December. Gross shorts have been trimmed for five consecutive weeks, and gross longs have been increased the past two as prices have rallied. So GBP now appears to be in a corrective phase on the weekly chart as traders reconsider their grim view of the Omicron variant, as it may not turn out to be as dire as originally feared one month ago. 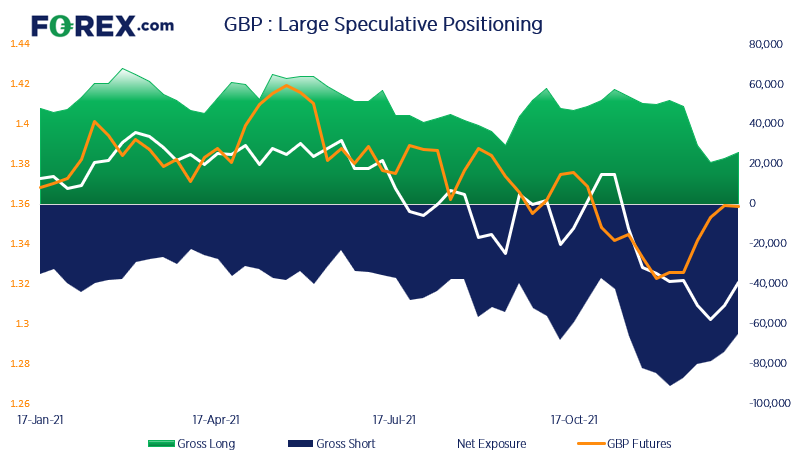 Considering RBNZ remain a relatively hawkish central bank it’s a little surprising to see NZD at net-short exposure with large speculators. But then we do have a hawkish Fed to contend with over the coming months, at which point we suspect yield differentials will matter again and favour NZD over USD. Over the near-term we note that gross shorts sit around 20k contract, and this is a level which has held fairly steady since November, so we have an initial clue that bears could being to lose momentum. That said, gross longs are also at their lowest level since April 2020 (and trending lower) so we’d want to see a pickup of long interest before calling a reversal on the weekly charts, but this is something to consider over the coming weeks or months. 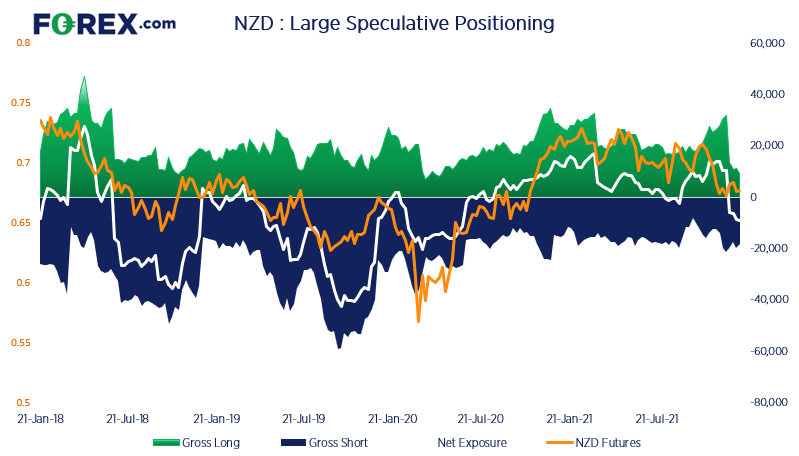 Copper bulls return to the table?

As noted above, net-long exposure to copper futures rose for a second consecutive week. Whilst it is still early days, we like how gross shorts have remained steady (lack of fresh bearish interest), and how the renewed bullish interest backs up our longer-term view that a base has been built around $4 in August and e we anticipate a breakout from its multi-month sideways range. What we would like to see in the weeks ahead to reaffirm this view is for bearish interest to decline whilst new longs continue to be initiated. 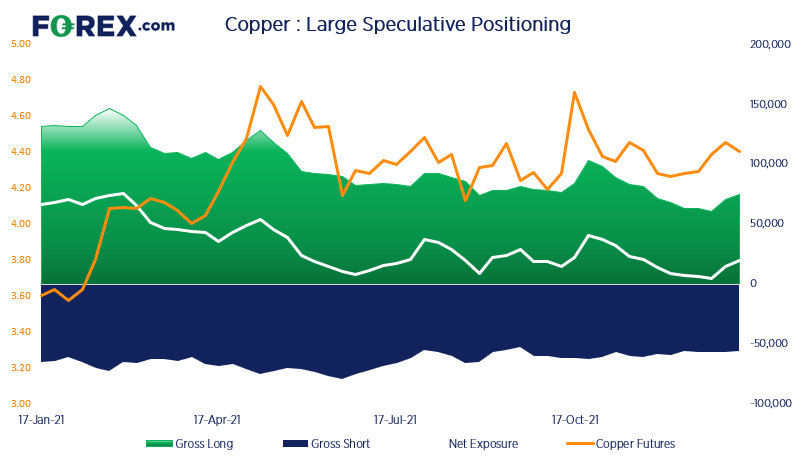