The Awesome Oscillator (AO) makes use of simple moving averages to confirm or deny market trends. Learn how to confirm those trends and predict possible reversals in our AO guide. 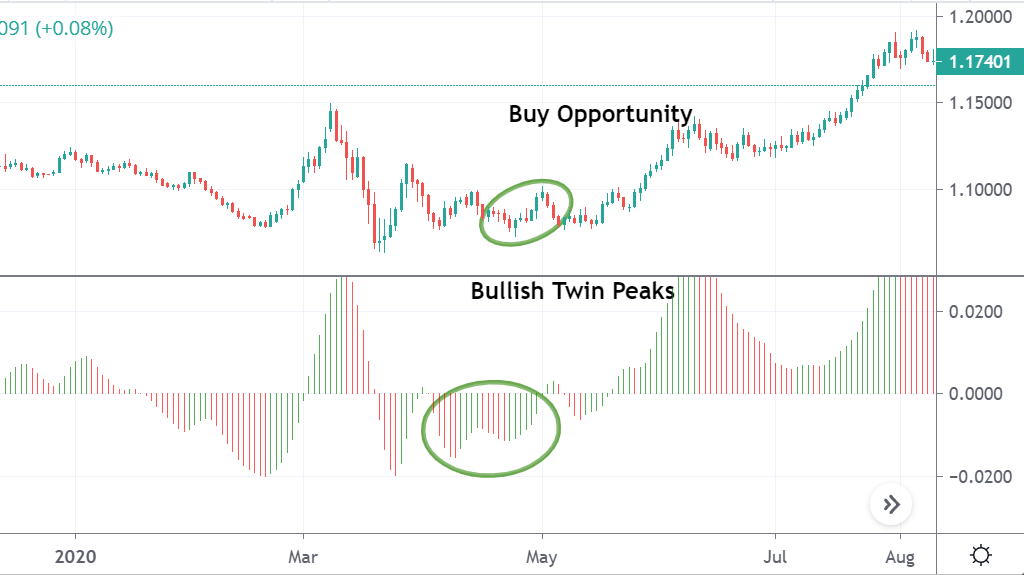 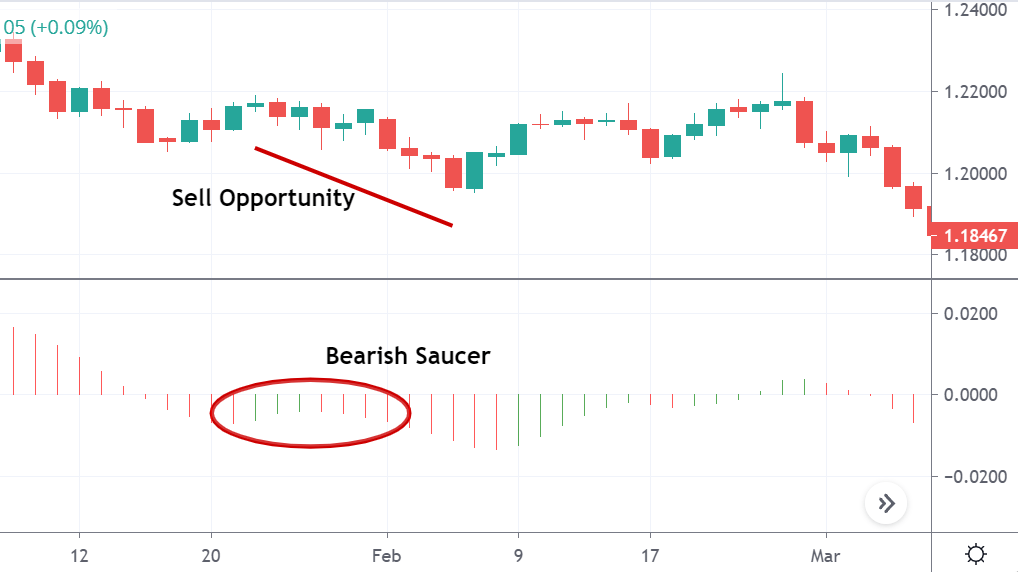 MACD shows the relationship between two moving averages, often a 12-period and 29-period exponential moving average, of a security’s price. Together with a 9-period signal line and a histogram, the MACD indicator is used to detect bullish and bearish signals.

More in-depth descriptions of how to read and trade with MACD can be found here.