Why EUR/USD’s near-term bias could flip bearish below 1.0640

While both the ECB and the Fed will be raising interest rates in the latter half of the year, recent headlines suggest that the case for continued growth in the US economy is stronger than in Europe

Last week, we noted that that the world’s most widely-traded currency pair was rising within a near-term bullish channel and looking to retest key resistance in the 1.0770 area. As the updated chart below shows, EUR/USD did indeed retest that area, but bulls were unable to muster enough strength to push the pair above it. 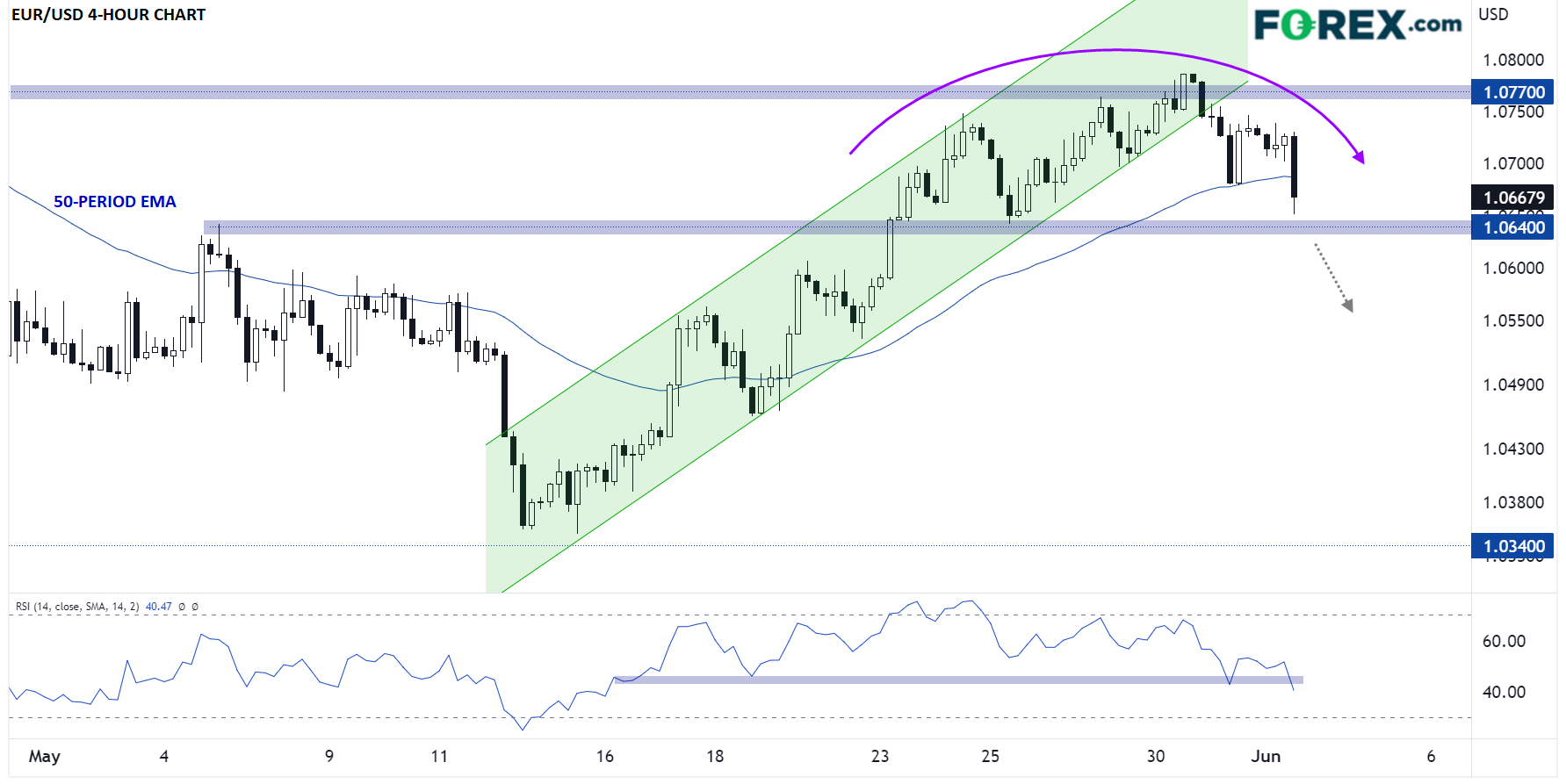 Now, EUR/USD has definitively broken down from that channel and is within about 20 pips of previous-resistance-turned-support in the 1.0640 zone. The idea that former resistance levels, or ceilings on price, can turn into future support levels, or floors under price, once they’re broken (and vice versa) is called the polarity principle, and in this case it suggests that a break back below the 1.0640 level would shift the near-term bias to bearish for a move back down toward 1.0500. Indeed, the pair’s 4-hour RSI indicator has already dropped to its lowest level in more than two weeks, signaling that buying pressure is rapidly dissipating.

From a fundamental perspective, the immediate catalyst for today’s selloff in EUR/USD is better-than-expected economic data out of the US, where both this morning’s ISM Manufacturing PMI report and the JOLTS job openings report came in strong. Meanwhile, the European Union’s decision to ban most Russian oil imports by the end of the year, while principled, may have the short-term effect of slowing economic growth and further entrenching inflation.

In other words, while both the ECB and the Fed will be raising interest rates in the latter half of the year, recent headlines suggest that the case for continued growth in the US economy is stronger than in Europe, and that could keep the greenback on the front foot in the coming days.