By :
Global Author
The S&P 500 Futures  are gaining some ground ahead of a long Independence Day weekend.

Due later today the U.S. Labor Department will release June nonfarm payrolls report and initial jobless claims in the week ended June 27. U.S. unemployment rate is expected to decrease from 13.3% to 12.3%. The Commerce Department will report May trade balance, factory orders and final readings of durable goods orders.

European indices are on the upside. On the statistical front, in the euro area, the unemployment rate edged up to 7.4% in May compared to 7.3% in April and 7.7% expected. On the other hand, producer prices fell by 0.6% in May after a fall of 2.0% in April. Economists expected a 0.4% decline.

Gold consolidates below eight-year high while the US dollar lost ground as risk appetite grows on positive coronavirus vaccine news.

Facebook (FB): according to The Information, Mark Zuckerberg, company's CEO, expects advertisers that currently boycott the social network to be back on the platform "soon enough".

Amazon.com's (AMZN), the e-commerce giant, price target was increased to 3,400 dollars from 2,900 dollars at Independent Research.

Tesla's (TSLA), the electric-vehicle maker, price target was raised to 1,250 dollars from 1,000 dollars at Wedbush. 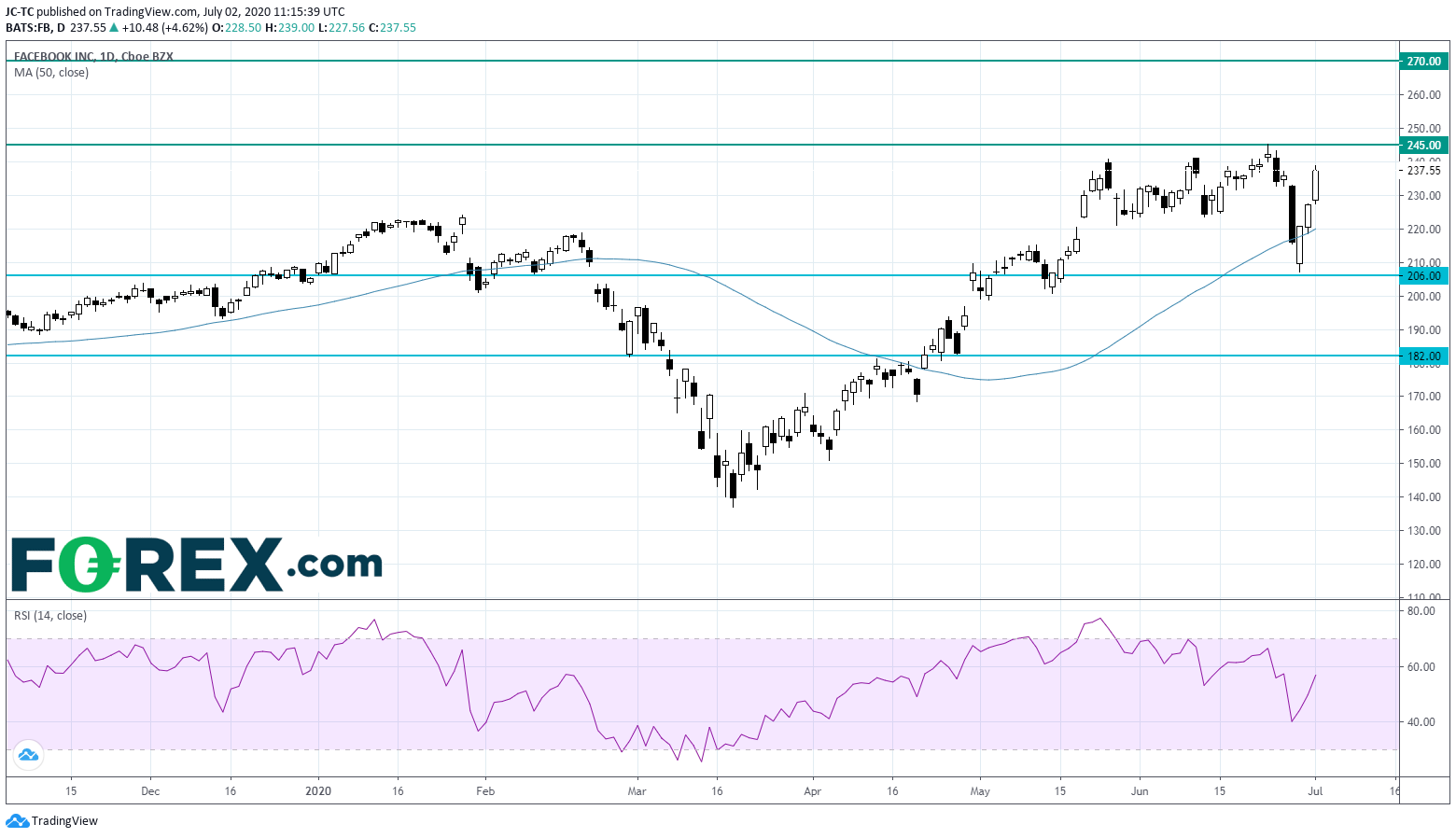