By :
Global Author
The S&P 500 Futures are on the upside after a night of significant volatility due to US presidential election uncertainties.

European indices are mostly trading higher. On the economic data front, Research firm Markit published final readings of October Services PMI better than expected for the Eurozone at 46.9 (46.2 expected), Germany at 49.5 (48.9 expected), and France 46.5 (as expected) but below expectorations for the U.K. at 51.4 (52.3 expected). In the U.K., later today, MPs will vote on introducing a new national lockdown for England. The Prime Minister Boris Johnson is continuing to face a backlash from his own Conservative MPs over the fresh shutdown.


Uber (UBER) and Lyft (LYFT), the ridesharing companies, jump premarket after having won a California vote that exempt them to employ drivers. 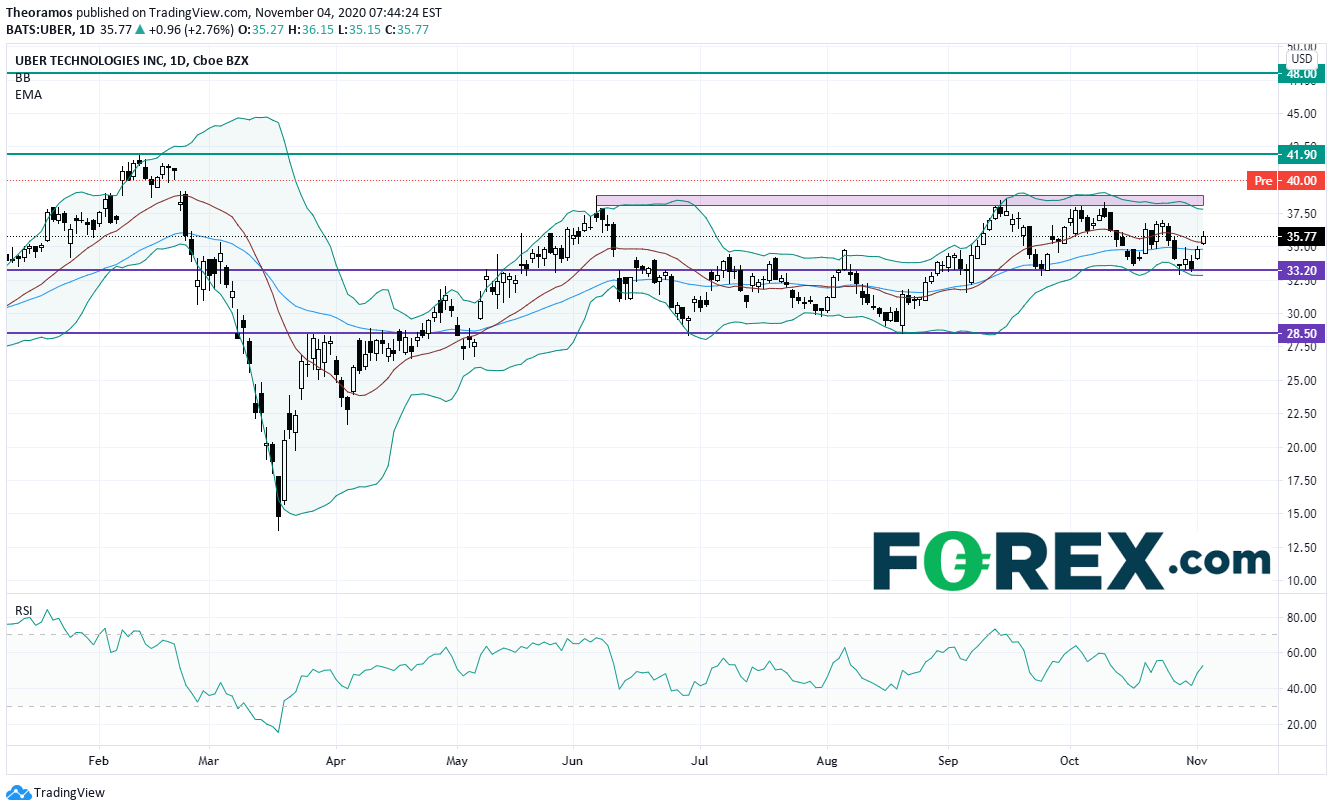 Advanced Micro Devices (AMD), a semiconductor company, was upgraded to "buy" from" neutral" at Goldman Sachs.

Eversource Energy (ES), a holding company for regulated electric, gas and water distribution services, announced third quarter EPS of 1.01 dollar, just shy of forecasts, up from 0.98 dollar a year ago on revenue of 2.3 billion dollars, as expected, up from 2.2 billion dollars a year earlier.
Related tags: Equities Indices