The S&P 500 Futures cut some of their gains after a disappointing ADP Jobs Report. Yesterday, investors were pleased to hear Senate Minority Leader Chuck Schumer (Democrat., N.Y.) saying that negotiations between Democrats and Republicans on new coronavirus relief measures were in the right direction.

Asian indices closed in dispersed order as Japanese Nikkei and Australian ASX lost ground when Hong Kong HSI and Chinese CSI were up. July Chinese Caixin Services PMI was released at 54.1, below the 56.0 expected.

Gold extends record rally as the US dollar weakens and investors bet for new stimulus measures.


Walt Disney (DIS), the entertainment and media giant, posted third quarter adjusted EPS of 0.08 dollar, beating estimates, vs 1.34 dollar a year earlier. Sales came in down 42% at 11.78 billion dollars, below forecasts. Disney+ subscribers fell short of estimates. The company's theme parks lost 1.96 billion dollars in the quarter compared to a gain of 1.72 billion dollars a year earlier. The stock was upgraded to "outperform" from "neutral" at Credit Suisse. 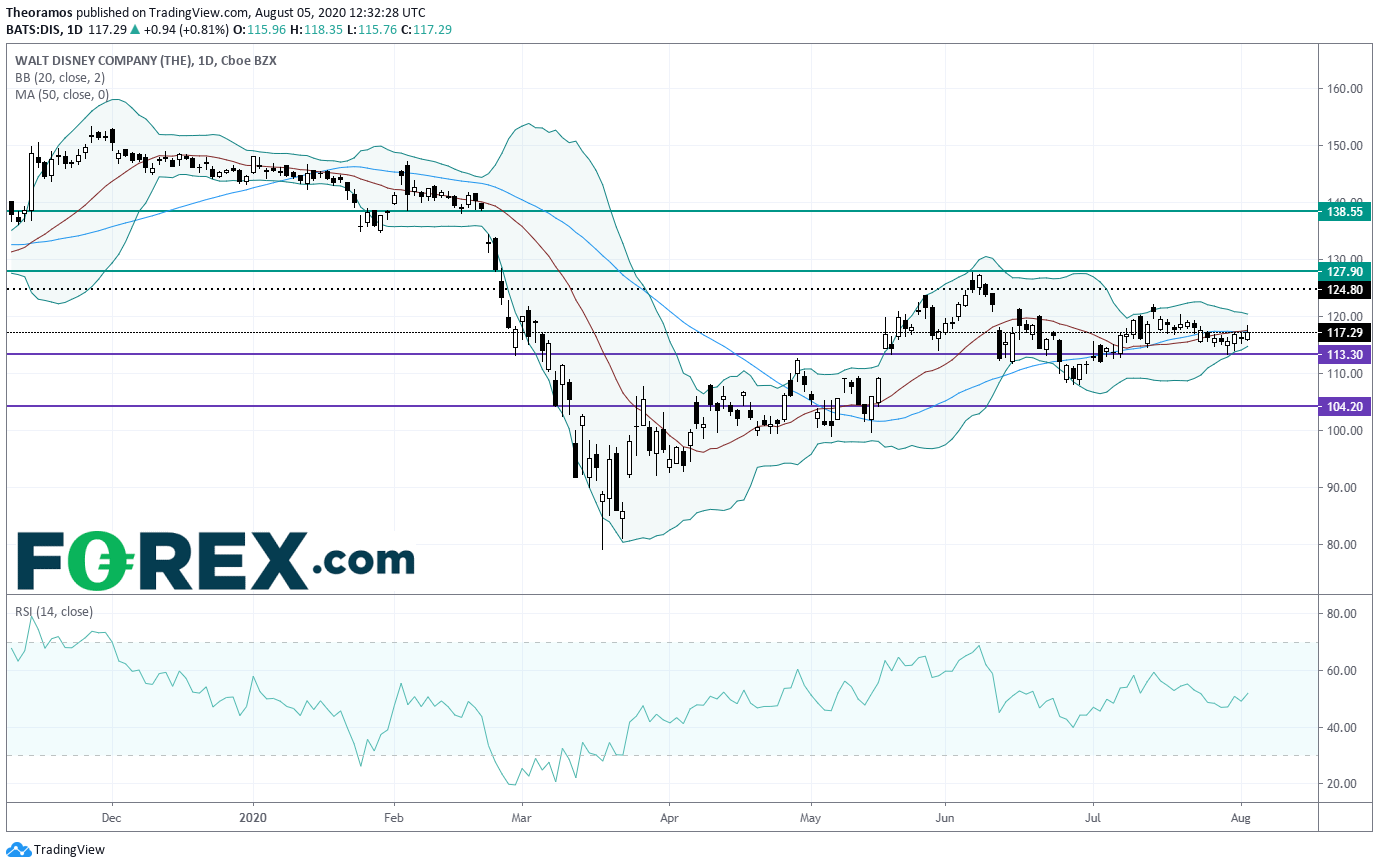 Apple (AAPL), the tech giant, was downgraded to "neutral" from "buy" at BofA.

Activision Blizzard (ATVI), one of the world's largest video game publishers, lost ground after hours after hitting a record high on Tuesday. The company warned that "economic uncertainty could have an impact on near-term results". Separately, Activision Blizzard reported second quarter adjusted EPS of 0.97 dollar beating estimates, compared to 0.38 dollar a year ago, on revenue of 2.08 billion dollars, beating forecasts, vs 1.2 billion dollars a year earlier. Moreover, the company raised its full-year outlook.

Beyond Meat (BYND), a producer of plant-based meat substitutes, reported a second quarter adjusted LPS of 0.02 dollar, beating estimates, vs an adjusted EPS of 0.05 dollar a year ago. Revenue increased to 113.3 million dollars up from 67.3 million dollars a year earlier. The Co suspended its full-year outlook until further notice.

Tyson Foods (TSN), the largest US producer of processed chicken and beef, was downgraded to "neutral" from "outperform" at Credit Suisse.