European indices are facing a consolidation. Research firm Markit has published September U.K. Construction PMI at 56.8 (vs 54.0 expected). The German Federal Statistical Office has posted August factory orders at +4.5% (vs +2.9% on month expected).

Asian indices closed on a positive note. This morning, the Reserve Bank of Australia kept its benchmark rate unchanged at 0.25% as expected. The central bank said it will not increase the cash rate target until progress is being made towards its objectives and continues to consider how additional monetary easing could support jobs as the economy opens up further.


Costco Wholesale (COST), an operator of a chain of warehouse stores, was upgraded to "overweight" from "equal-weight" at Barclays. 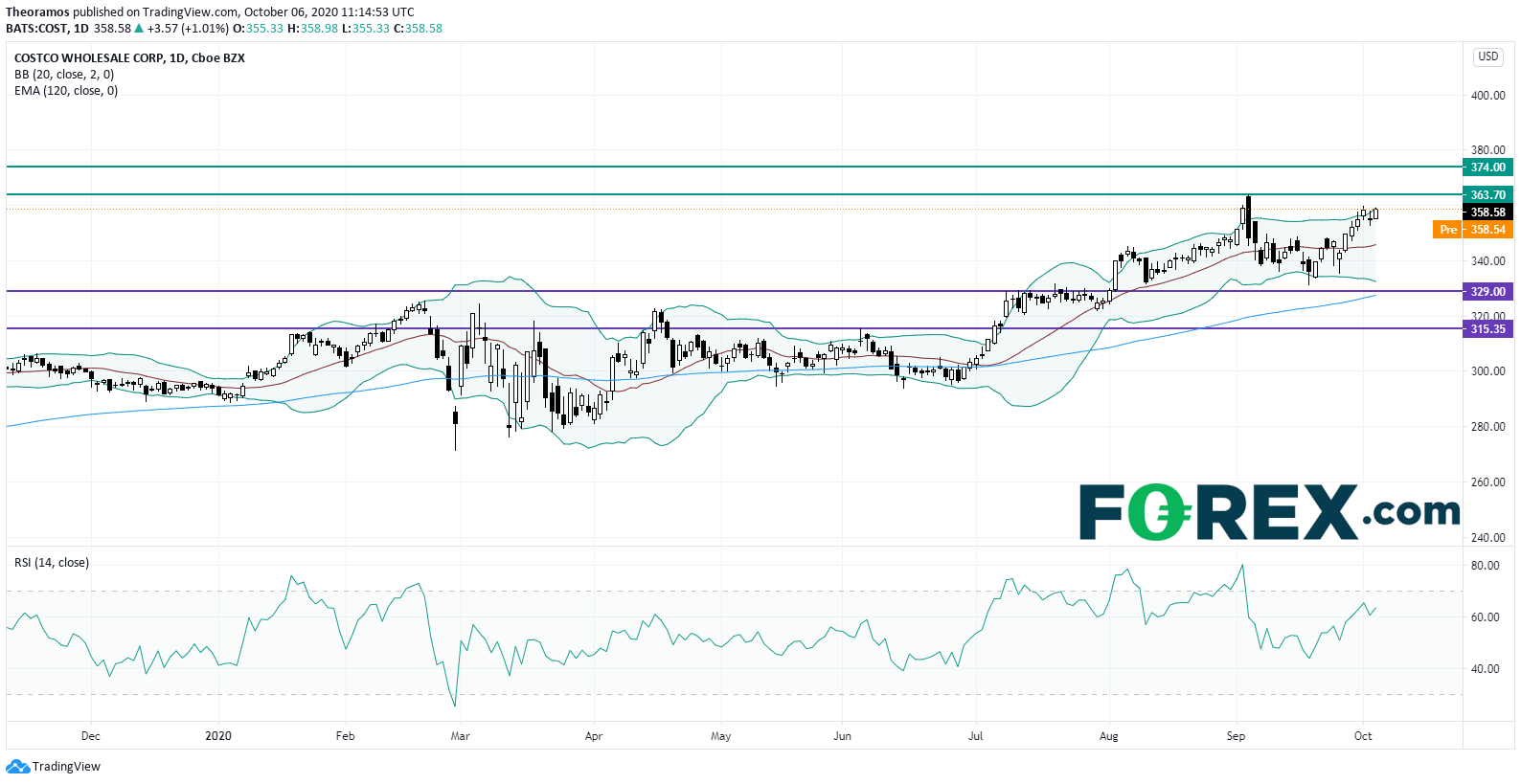 Advance Auto Parts (AAP), a provider of aftermarket automobile parts, was upgraded to "overweight" from "neutral" at JPMorgan.

Vontier (VNT-W), the industrial technology company, following its spin-off from Fortive (FTV), will be added to the S&P 500 Index effective prior to the opening of trading on October 9, replacing Noble Energy (NBL), which will be removed from the index effective prior to the open of trading on October 12, according to the S&P Dow Jones Indices.
Related tags: Equities