#FRANCE#
Saint-Gobain, a building materials company, was downgraded to "neutral" from "buy" at Citigroup.
From a daily point of view, the stock is supported by a rising internal trend line drawn since April. In addition, the three-month exponential moving average plays a support role, while the Relative Strenght Index is bouncing back above the key support at 49%. Above 34.1E, look for the previous top of December 2019 at 39.6E. 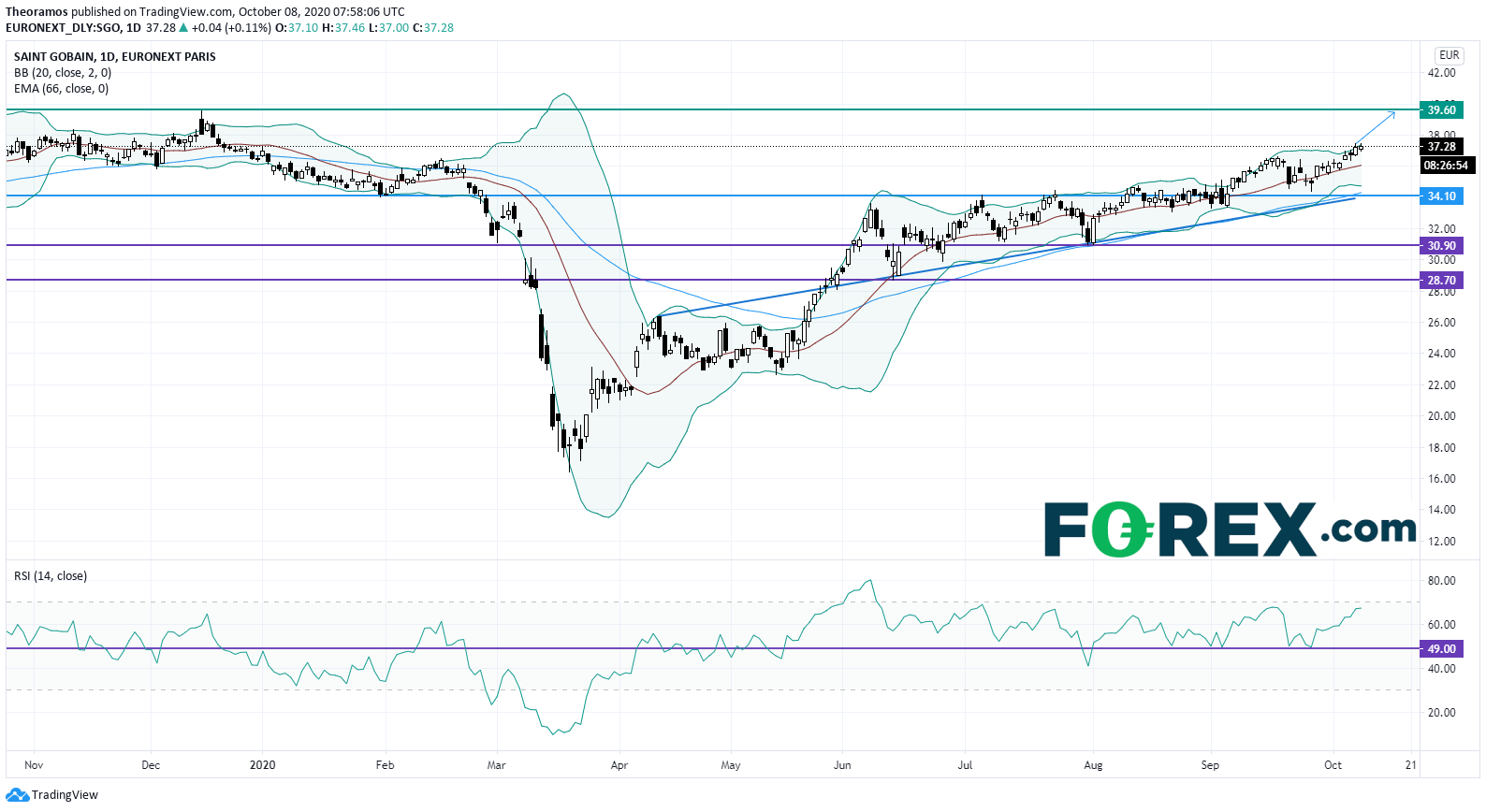 #SPAIN#
ACS, a civil and engineering construction company, was upgraded to "equalweight" from "underweight" at Morgan Stanley.


#DENMARK#
Chr Hansen, a bioscience company, announced that 4Q profit from continuing operations fell 1.7% on year to 68 million euros while adjusted EBIT grew 3.6% to 98 million euros on revenue of 254 million euros, up 2.1%.