From a chartist point of view, the share escaped from a recent consolidation area. Furthermore, there is a positive participation on volumes. Above the 50DMA at 1910p look for the previous all-time high at 2324p and 2550p in extension. 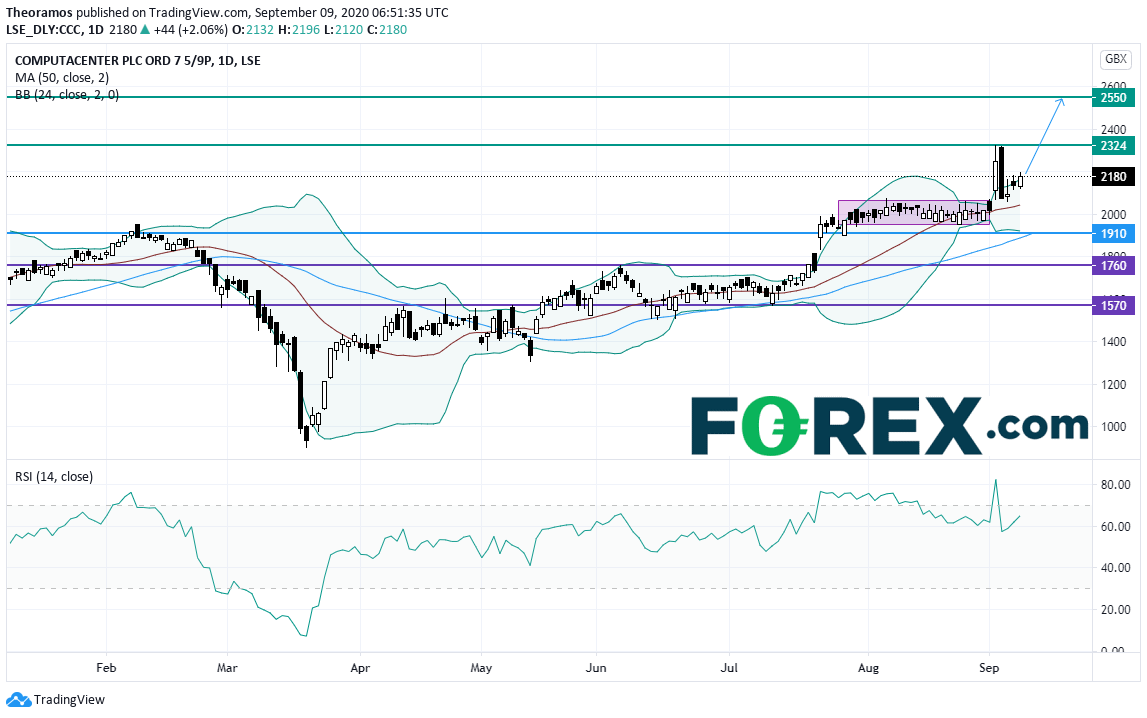 Avon Rubber, a manufacturer of respiratory protection equipment, announced that it has agreed to acquire Team Wendy, a supplier of helmets and helmet liner and retention systems, for 130 million dollars on a cash-free and debt-free basis.


#FRANCE#
Scor, a reinsurance company, said "Life claims are emerging better than expected and better than booked at H1 2020", and it is "very positive on the new P&C market conditions and is expecting strong growth with positive pricing dynamics".

Airbus, an aircraft manufacturer, was downgraded to "equalweight" from "overweight" at Morgan Stanley.

Ferrovial, a Spanish infrastructure group, was downgraded to "neutral" from "overweight" at JPMorgan.