By :
Global Author
The S&P 500 Futures remain flat after they closed mixed on Friday despite a better-than-expected jobs report. Market sentiment remained muted amid heightened tensions between the U.S. and China. U.S. President Donald Trump ordered a ban on "transactions" with the Chinese owners of the consumer apps TikTok and WeChat, effectively banning both apps in the U.S. On Saturday, U.S. President Donald Trump signed executive actions to extend economic aids to Americans affected by the coronavirus pandemic after negotiations at Congress broke down. The aids include jobless benefits at $400 per week.

European indices are reversing down after a positive opening. The eurozone Sentix Investor Confidence Index for August was released at -13.4 (vs -16.0 expected). The Bank of France posted Business Industry Sentiment Indicator for July at 99 (vs 92 expected).

Asian indices closed in the red except the Australian ASX. This morning, official data showed that China's CPI grew 2.7% on year in July (+2.6% expected), while PPI dropped 2.4% (-2.5% expected). Japan market was closed for Mountain Day.

WTI Crude Oil futures are rebounding. The total number of oils rigs operating in the U.S. on August 7 fell to a 15-year low at 176 from 180 a week ago, while rigs in Canada increased to 47 from 45, according to Baker Hughes.

Gold consolidates as the US dollar maintains its gains following strong US jobs data.

Simon Property (SPG), a malls owner, and Amazon.com (AMZN), the e-commerce giant, might be in talks to turn retail space into fulfillment centers, according to Dow Jones. 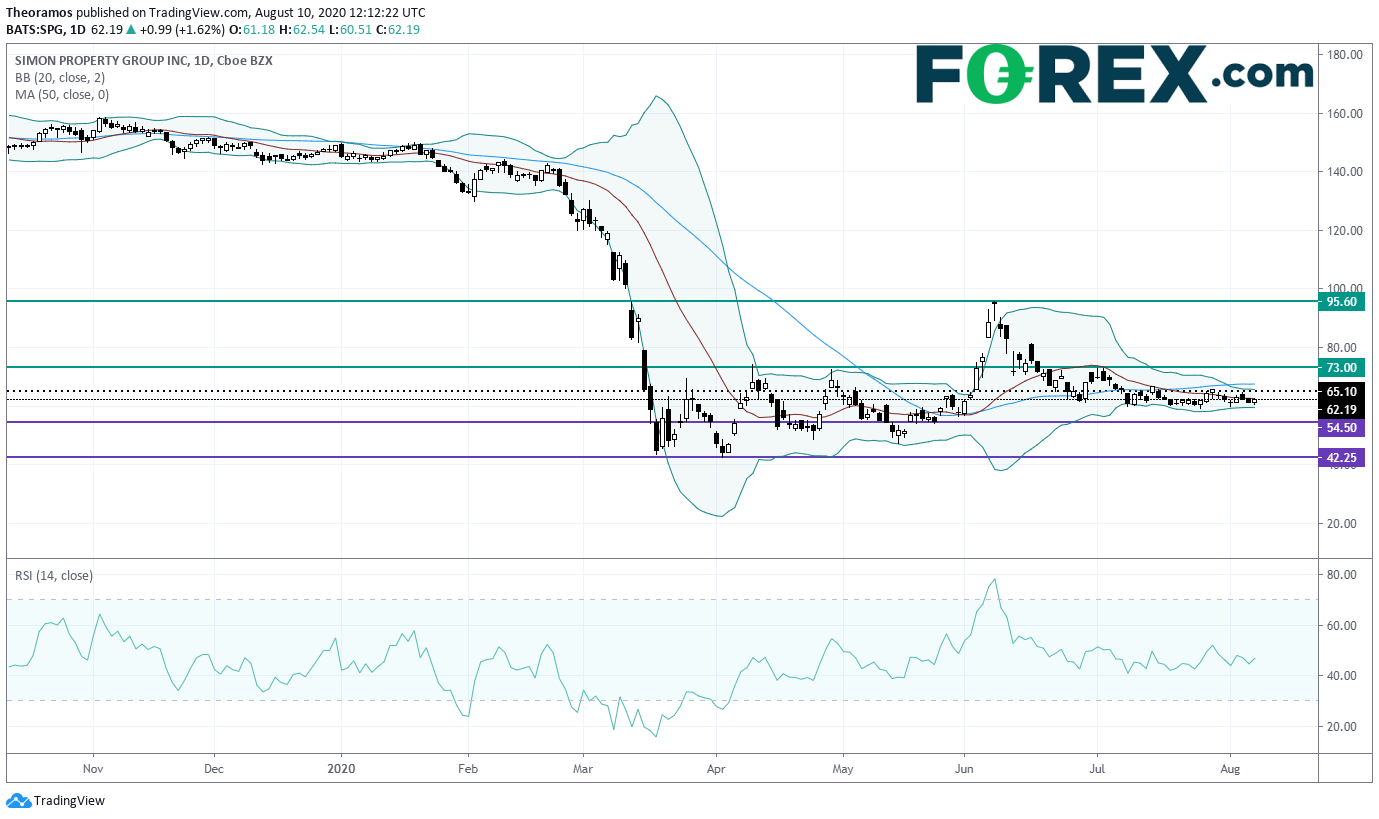 Apple's (AAPL), the tech giant, price target was raised to 515 dollars from 475 dollars at Wedbush.

Berkshire Hathaway (BRK-A), a multinational conglomerate, gained some ground in extended trading after having posted quarterly EPS and revenue that beat estimates.

Fedex (FDX), the package delivery service company, was upgraded to "outperform" from "market perform" at Bernstein.

Canopy Growth (CGC), the cannabis company, is surging before hours after posting first quarter adjusted Ebitda loss up 0.2% to 92.2 million dollars, narrower than estimated. Sales were up 22% to 110 million dollars, beating expectations.