National Grid, an electricity and gas utility company, announced the appointment of Paula Rosput Reynolds, currently Non-executive Director at General Electric and will the company on January 1, to succeed Sir Peter Gershon as Chairman.

AstraZeneca, a pharmaceutical group, reported that its Fasenra met both co-primary endpoints in a phase 3 trial for patients with chronic rhinosinusitis with nasal polyps.

Rio Tinto, a giant miner, was upgraded to "buy" from "neutral" at Citigroup.


#FRANCE#
LVMH's, a luxury goods producer, Chairman Bernard Arnault is seeking for help from the French government to cancel the deal to acquire Tiffany & Co, reported Bloomberg citing people familiar with the matter.
From a daily point of view, the stock is supported by a rising trendline drawn since August. Above the overlap threshold (resistance twice in May & June before becoming a support twice as well in June & August) at 363E targets are set at 450E and 473E in extension. 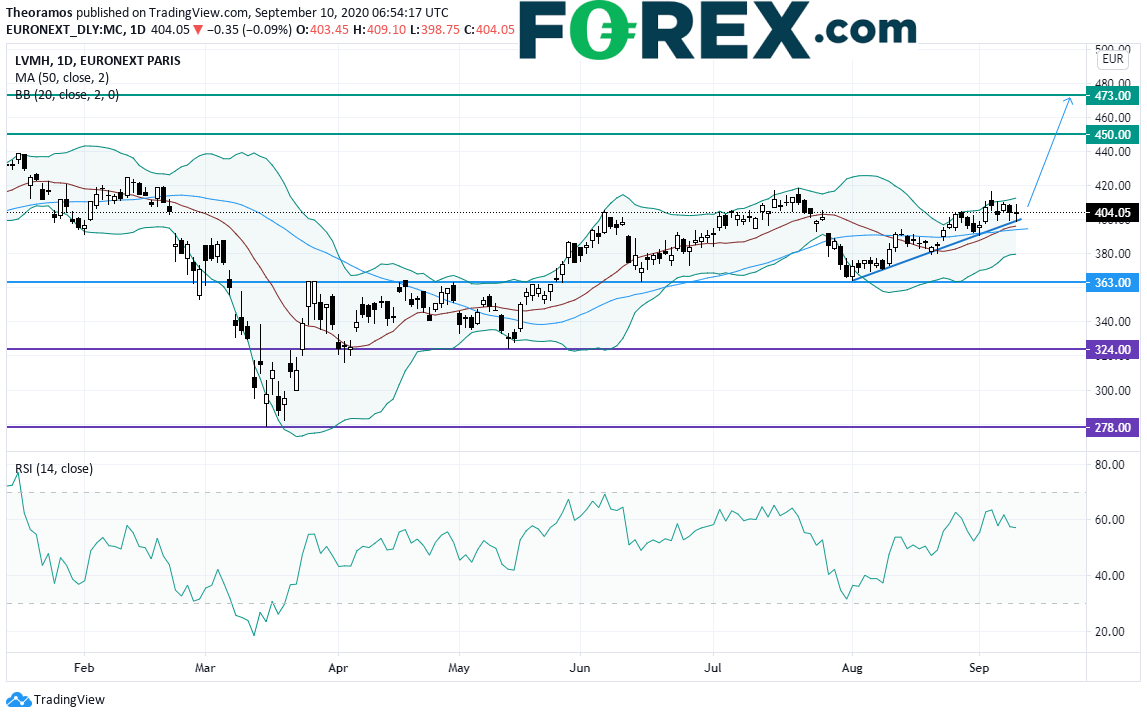 
#SPAIN#
Iberdrola, a Spanish electric utility company, is considering acquiring energy group PPL Corp's unit in the U.K., which could be valued at 12 billion pounds, reported Bloomberg citing people familiar with the matter.