The S&P 500 Futures consolidate after they posted a strong rebound yesterday with tech shares gaining the most. Official data showed that U.S. Core Consumer Prices rose 0.6% on month in July, the largest gain since 1991.

European indices are facing a consolidation. The German Federal Statistical Office has posted final readings of July CPI at -0.1% year, as expected. France's INSEE has reported 2Q jobless rate at 7.1% (vs 8.3% expected).

Asian indices consolidated except the Japanese Nikkei which closed in the green. Official data showed that the Australian economy added 114,700 jobs in July (+30,000 jobs expected), while jobless rate rose to 7.5% (7.8% expected) from 7.4% in June.

Gold rebounds, remaining firm above 1900 dollars, while the US dollar softens on doubts about US stimulus.


Cisco Systems (CSCO), a leading global supplier of network hardware and software, dropped after hours after saying it sees first quarter adjusted EPS in the range of 0.69 to 0.71 dollar, and sales down 9% to 11%. Those forecasts are below estimates. Separately, Cisco Systems reported fourth quarter earnings that topped expectations. 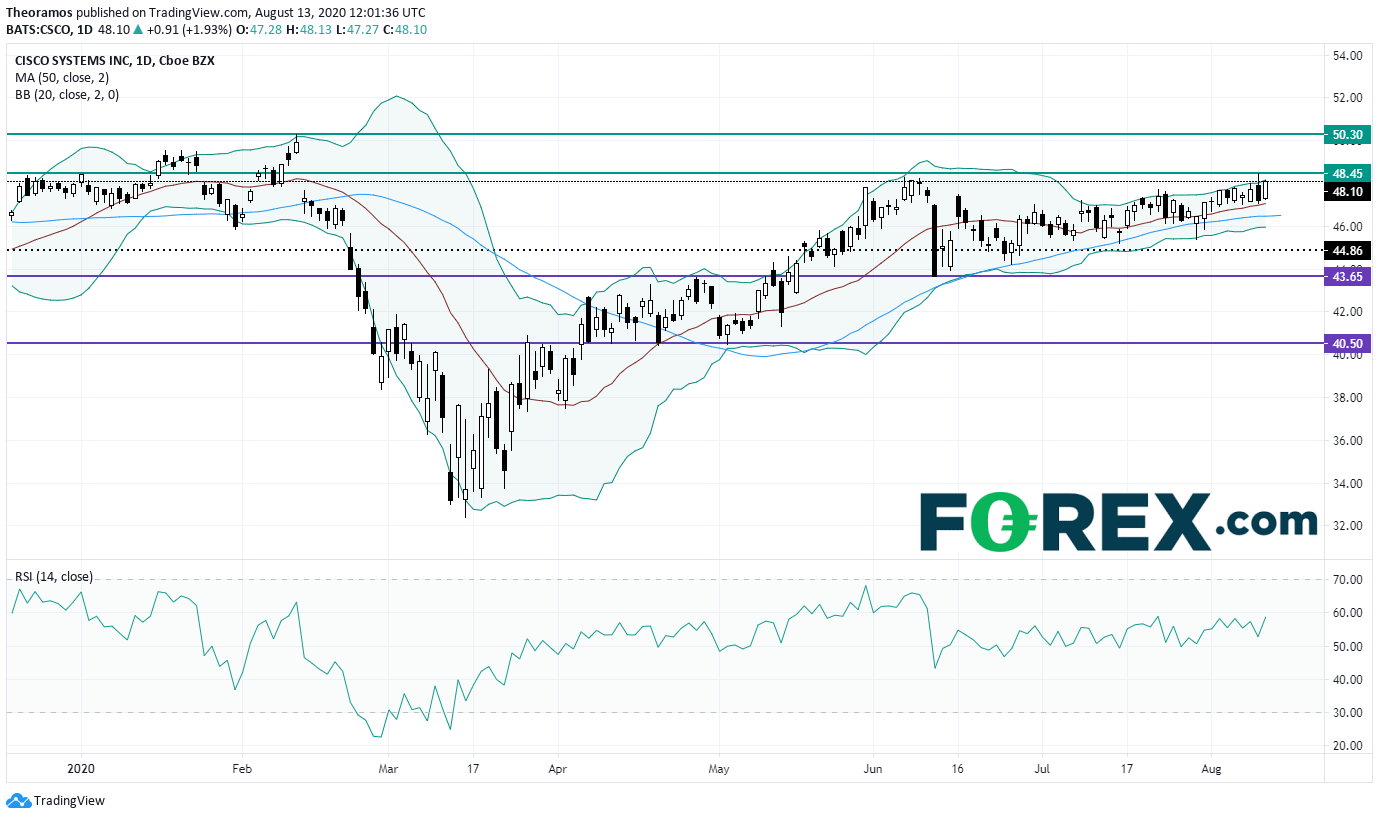