European indices are under pressure. The European Central Bank has reported M3 Money Supply growth in July at +10.2% (vs +9.2% on year expected). France's INSEE has posted August indicators on business confidence at 91 (vs 88 expected) and manufacturing confidence at 93 (vs 86 expected).

Asian indices closed mixed as the Japanese Nikkei and the Hong Kong HSI lost ground when the Chinese CSI and the Australian ASX ended in the green.

WTI Crude Oil futures are on the upside. The U.S. Energy Information Administration reported that crude inventories dropped 4.69 million barrels in the week ending August 21 (-2.53 million barrels expected) to 507.8 million barrels. U.S. crude oil inventories are about 15% above the five year average for this time of year. Meanwhile, Hurricane Laura potentially poses devastating threats to areas near the Texas-Louisiana border, according to the National Hurricane Center.

Gold loses ground while the US dollar remains weak before Powell speech.


NetApp (NTAP), a leading provider of data management and storage solutions, released first quarter adjusted EPS of 0.73 dollar, beating forecasts, up from 0.65 dollar a year ago, on net revenue of 1.3 billion dollars, better than expected, up from 1.2 billion dollars a year earlier. 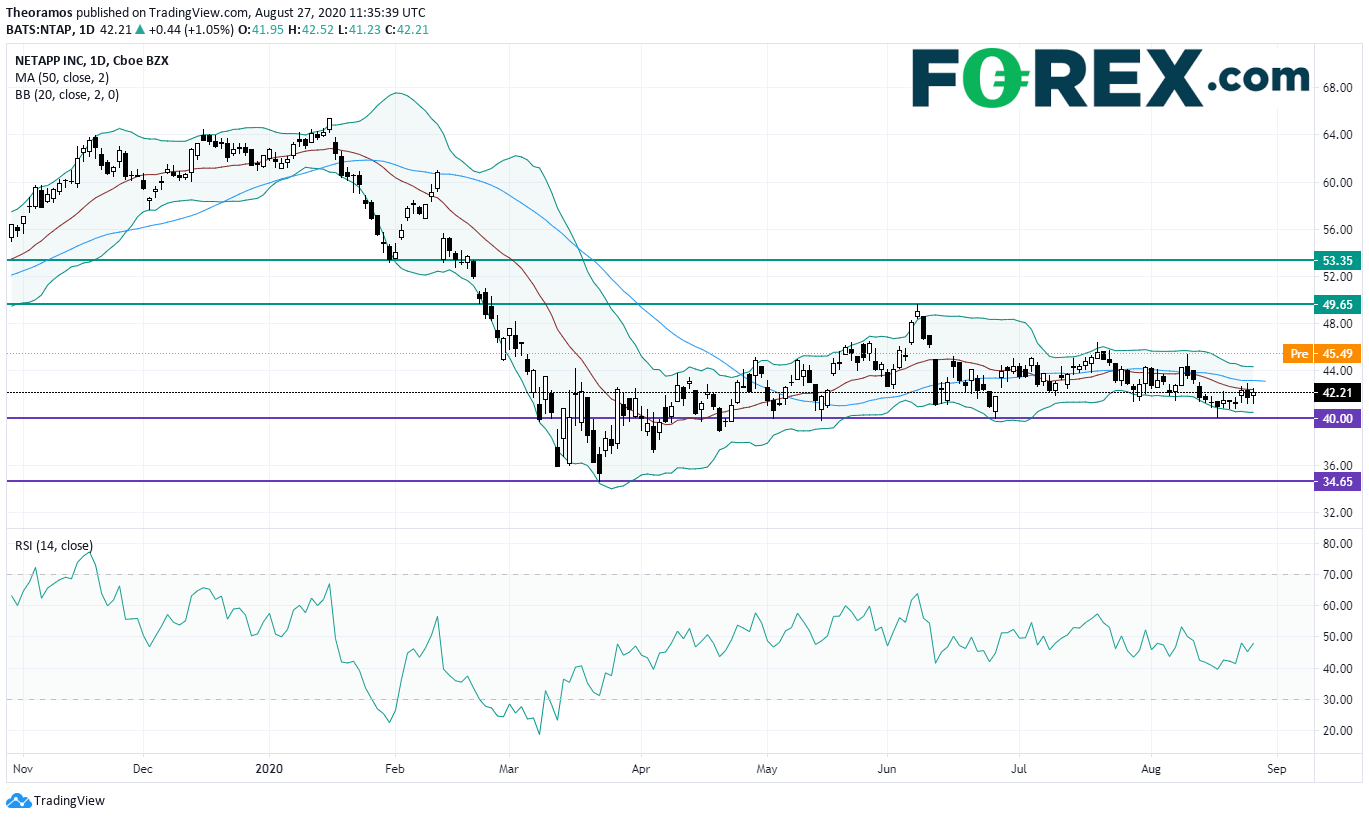 Dollar General (DG), an operator of a chain of discount stores, is expected to gain ground after posting quarterly earnings that beat estimates.

Splunk (SPLK), a provider of software for machine log analysis, announced second quarter adjusted LPS of 0.33 dollar, just ahead of the estimate, down from an EPS of 0.30 dollar a year earlier on revenue of 491.7 million dollars, missing the consensus, down from 516.6 million dollars a year ago.

Micron Technology (MU), a manufacturer of memory chips, was reiterated "sell" at Citi.