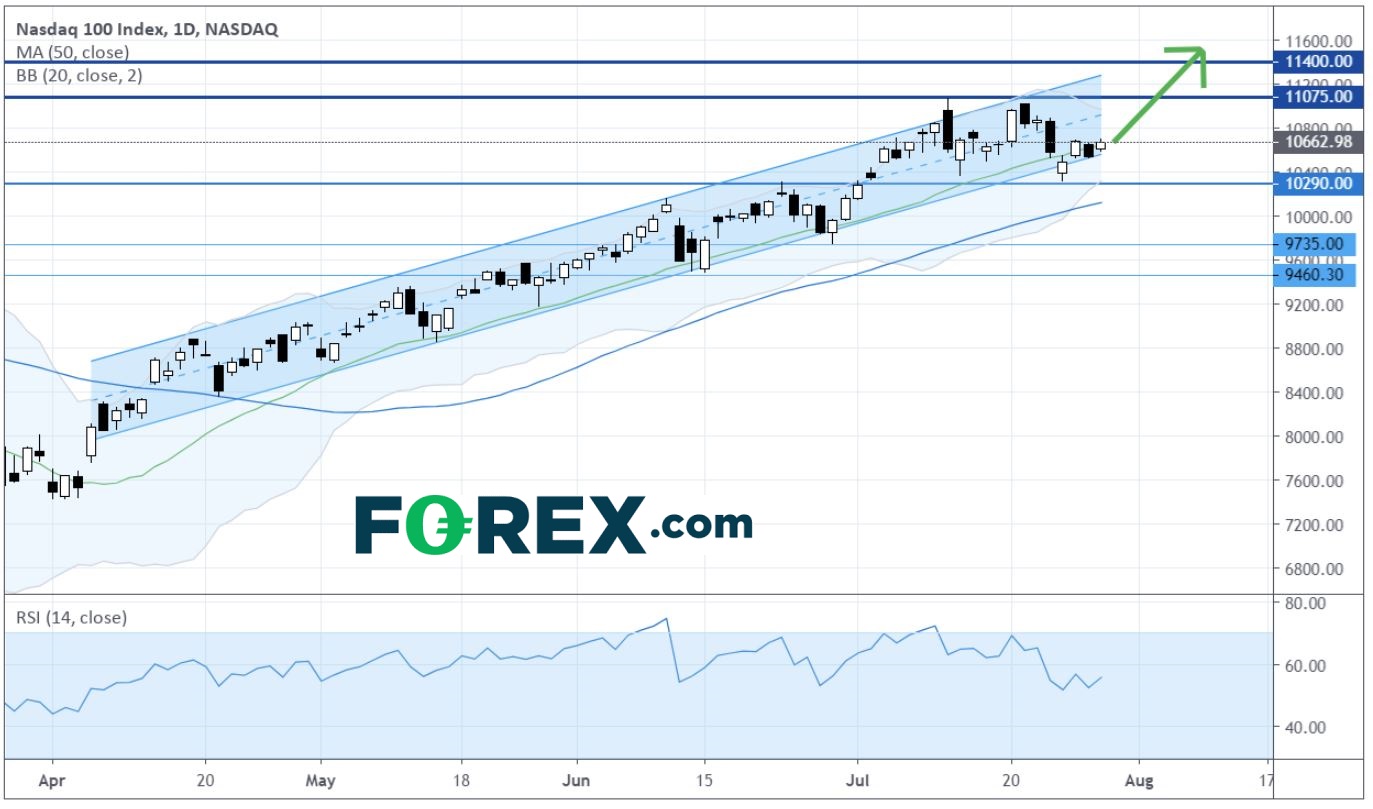 
Investors were encouraged by the Federal Reserve's stance to keep supporting economic recovery amid the coronavirus pandemic.

As expected, the Federal Reserve kept its benchmark interest rates unchanged near zero. The central bank said in a statement: "The Federal Reserve is committed to using its full range of tools to support the U.S. economy in this challenging time, (...) The coronavirus outbreak is causing tremendous human and economic hardship across the United States and around the world."

Later today, U.S. second-quarter GDP readings will be released (an annualized declining rate of -34.8% on quarter expected). The Labor Department will report Initial Jobless Claims for the week ended July 25 (an increase to 1.430 million expected).

On the forex front, the U.S. dollar resumed its weakness as the Federal Reserve pledged its continuous support to U.S. economic recovery. The ICE U.S. Dollar Index sank 0.5% to 93.26.

GBP/USD struck against the key level of 1.3000 on the upside, its highest level since March. The Bank of England reported 40,000 Mortgage Approvals for June, higher than 35,000 expected.