The headline Non-Farm Payrolls print for December showed that 223,000 jobs were added to the economy vs an expectation of +200,000 and a higher revised November print of +256,000.  In addition, the Unemployment Rate dropped to 3.5% vs an expectation of 3.7% and a November print of 3.6%.  By themselves, the Fed should be concerned about these two pieces of data as the Fed is looking for the Unemployment Rate to climb, which would help cool the economy and slow inflation.  However, it was the Average Hourly earnings print that stole the show in the jobs data release.  The MoM print was 0.3% vs an expectation of 0.4% and a revised November print from 0.6% to 0.4%.  This brought the YoY print down to 4.6% vs an expectation of 5%!  The Fed will be happy to see that the inflation component of jobs data was lower than expected and much lower with the November revisions.  As this is the last NFP print before the next FOMC meeting on February 1st, one has to question whether the Average Hourly Earnings component will be enough to allow the Fed to lower the pace of interest rate increases to 25bps.  If not, the focus will be on the headline print and the Unemployment Rate, which the Fed will consider to still be hot and therefore may keep the current pace of interest rate increases unchanged. 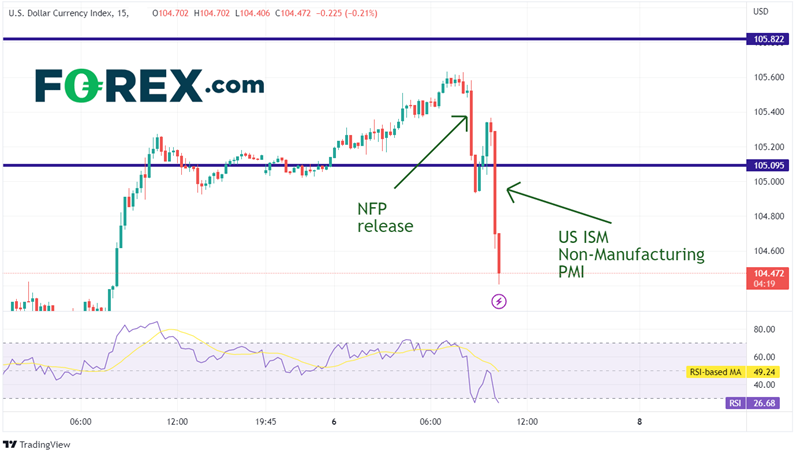 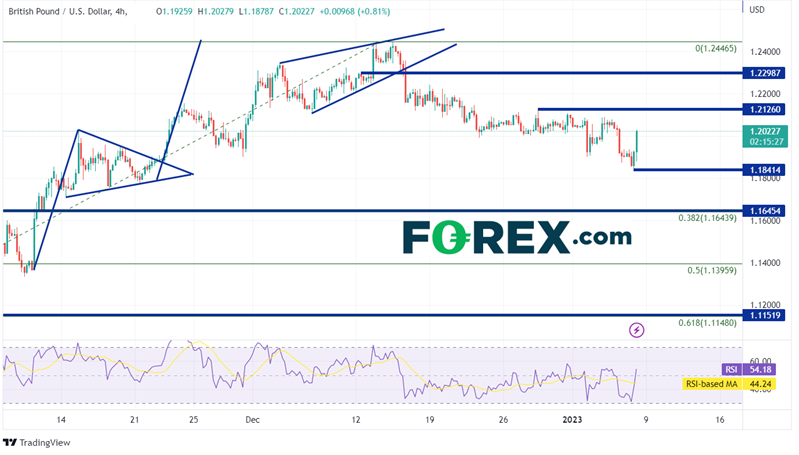 Markets are focusing on the Average Hourly Earnings data for December, which was lower than expected.  But will the Fed see it as dovish as the markets?  The Unemployment Rate fell to 3.5% and the headline NFP print was strong.  The Fed expects to see the U/R near 4.5%.  Will Average Hourly Earnings be enough for the Fed to slow the pace of interest rate hikes at the February 1st meeting?  Or will the Fed continue to focus on the U/R.  There is a lot of data out between now and the FOMC meeting, including CPI next week.  Things can change quickly before then!