Could housing be the next shoe to drop?

Yesterday, the US released Housing Starts for January, which were down -4.1% MoM vs -0.5% MoM expected and 0.3% MoM in December.  This was the first drop since September 2021 and the largest drop since the -5.7% MoM print in July.  Today the US released Existing Home Sales at 6.7% MoM vs an estimate of -1% MoM and December’s print of -3.8% MoM. Earlier in the week, the MBA 30-Year Mortgage Rate for the week of February 11th was 4.05%.  This was the highest level in over 2 years. Are home buyers rushing to buy ahead of a rise in interest rates? Do builders see the writing on the wall and are beginning to build less houses? If so, we may see housing purchases come down, as well as housing prices.  The S&P/Case Schiller Home Prices (DEC) for December will be released next week. An increase of 0.8% is expected, however note that this data is for December house prices, as opposed to housing data which was for January.

If US rates continue to rise, the US Dollar is likely to rise with it.  AUD/USD has been moving lower for nearly a year, after putting in highs at 0.8000 on February 25th, 2021.  The pair consolidated in a symmetrical triangle between June and November of 2021, eventually breaking lower on November 19th, 2021 near 0.7275.  Price then moved down to horizontal support dating to November 3rd, 2020 near 0.6990 and held.  That level was retested on January 31st, as the pair bounced and is presently near the apex of another symmetrical triangle, near 0.7200. 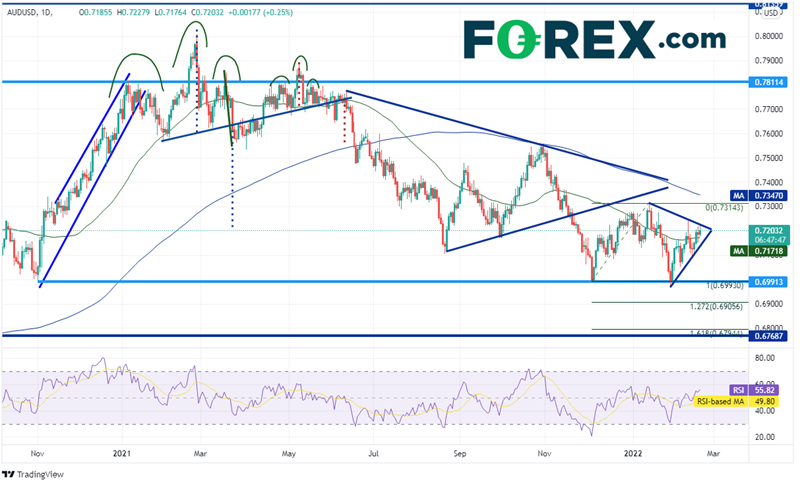 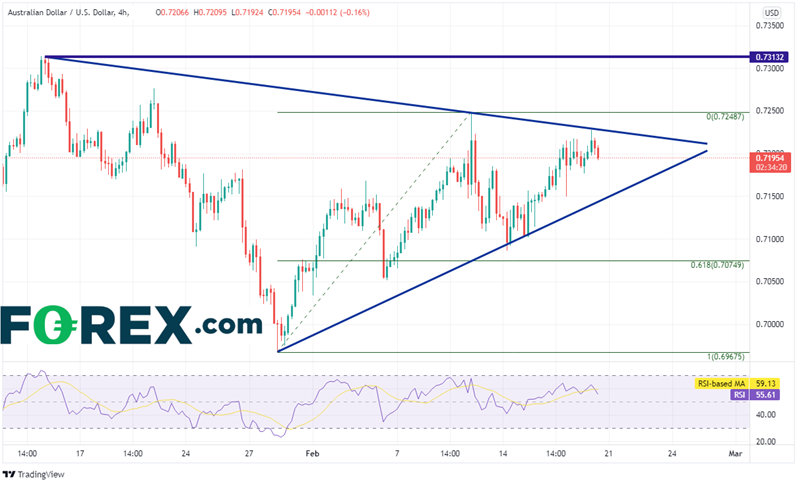 Could January’s surge in existing home sales be the peak of home purchases as buyers rushed to get ahead of higher interest rates?  Home builders may seem to think so as they slowed housing starts in January.  If interest rates do continue higher, watch the US Dollar as it may follow with it.  That could send AUD/USD to new near-term lows.