Last week saw oil prices fall sharply on the back of a rebounding US dollar, plus news of a smaller-than-expected decrease in US oil inventories and a rise in drilling activity there.  Prices have extended their declines marginally as the new week begins. Net long positions on WTI have been trimmed further by a good 145,365 contracts in the week to 5 July according to data from CFTC and are now at their lowest level since early March. Clearly, profit-taking has played a major part in the sell-off.  Indeed, given the fact that the on-going crude oil weakness has not had a material impact on an otherwise positive investor sentiment (for example, the major US equity indices set to climb to new or approach their prior all-time highs today) this also suggests that this may be a mere pause in the oil rally and that a rebound should be expected to be seen, soon.  But at the moment the oil market is ignoring the bullish factors such as strong demand and declining US oil production, which, according to the EIA, had its biggest weekly fall since September 2013: 2.25 per cent. These factors should help to limit the downside for oil. What’s more, inventories are falling, which can only be good news. I therefore still think that it will be a matter of time before oil prices head north of $50 again.

Oil prices had bounced sharply on Wednesday of last week after the American Petroleum Institute (API) had reported a sharp draw of 6.7 million barrels in US crude oil inventories. Although the official numbers from the Energy Information Administration (EIA), released a day later on Thursday, showed stockpiles did in fact fall for the seventh consecutive, the decline of just 2.2 million was therefore a lot less than had been expected. Consequently, a sharp sell-off followed. On Friday, a stronger US jobs report applied further downed pressure on buck-denominated oil prices, as did news of another rise in US drilling activity, with the oil rig counts rising by 10 according to Baker Hughes.

But for now, WTI is declining inside what looks to be a short-term downward-sloping channel (bearish pattern), which could potentially be a long-term bull flag (bullish pattern). So oil prices could drop more in the short-term, but look for an eventual breakout which could then pave the way for larger gains in the long term. Indeed, the moving averages are pointing higher which means the long-term trend is still bullish. In the short-term, the bulls will need WTI to climb back above $46 and Brent $47, otherwise prices may head at least towards the support trend of their bullish flag/bearish channels. 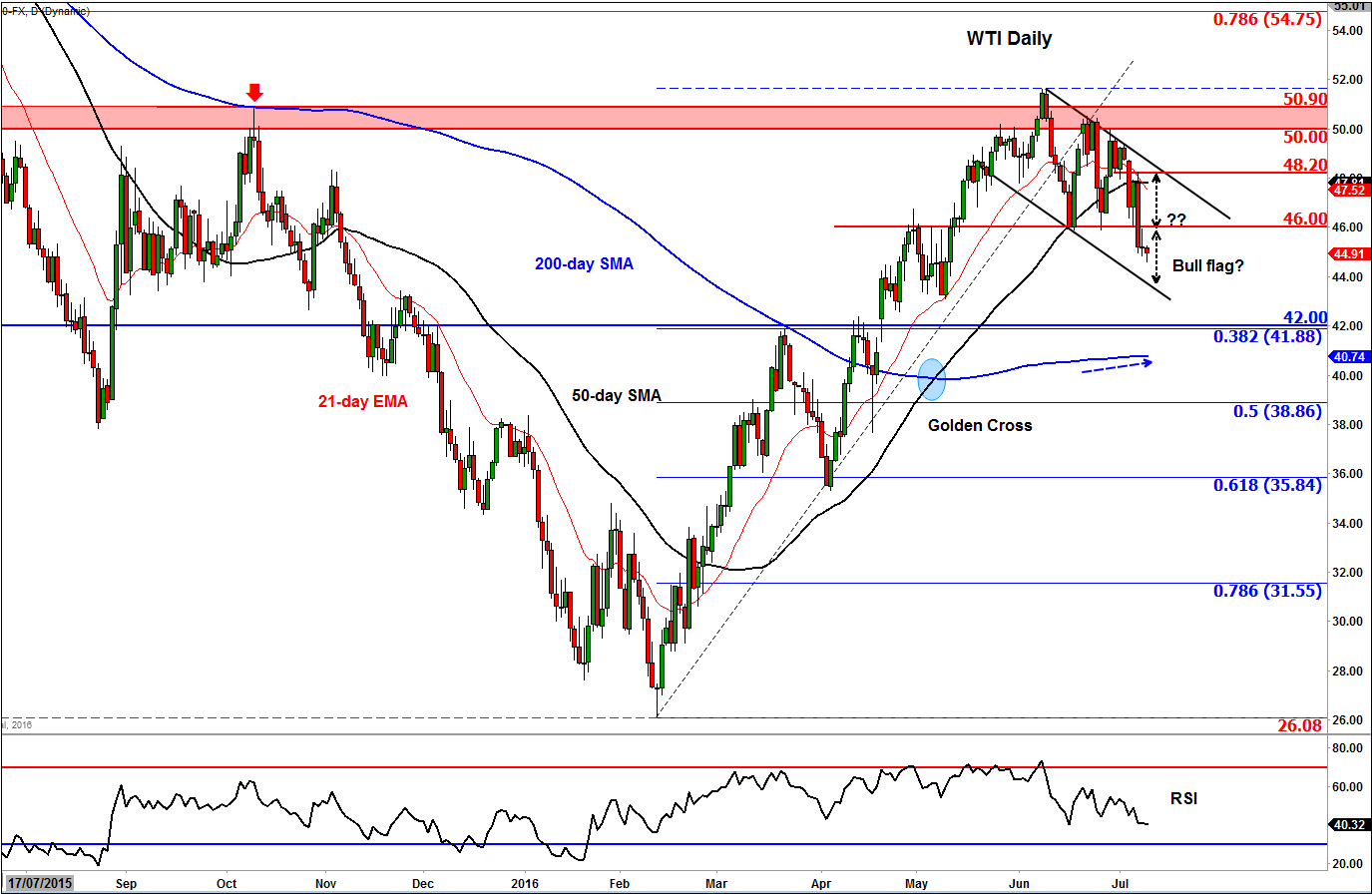 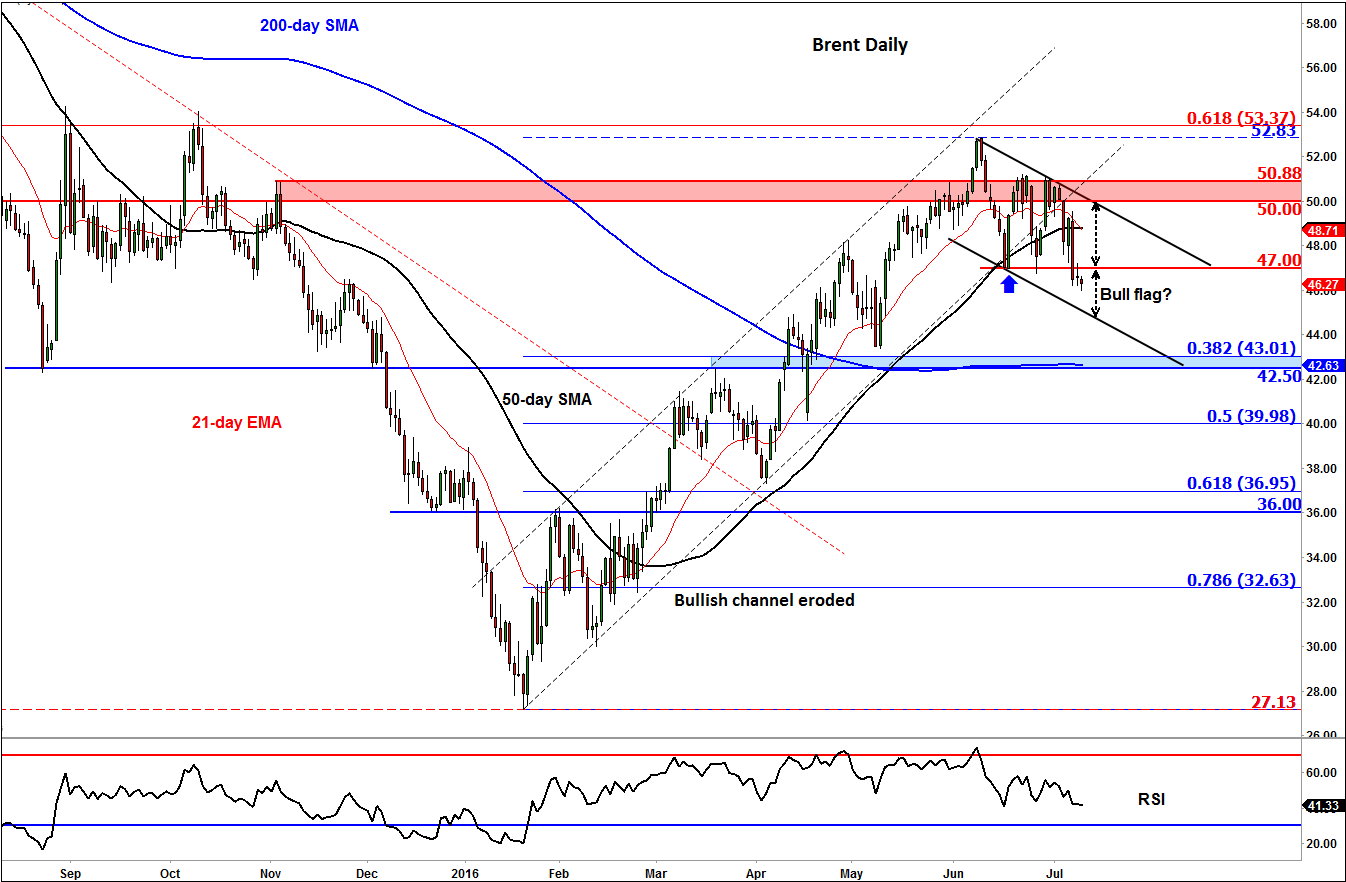