Currency Pair of the Week: DXY

As we have mentioned before, the US Dollar index isn’t necessarily a currency pair, however it is important to look at in order to determine the overall direction of the US Dollar and its currency counterparts.

There is a lot to look forward to in the US this week which could affect the US Dollar, including the first US Presidential Debate between current Republican President Donald Trump and Democratic Nominee Joe Biden on Tuesday.  This will give each candidate the opportunity to address their views on some of the most pressing issues facing the US today.  The topics for discussion include the following:

In addition, there has been some murmurings of potential talks between Treasury Secretary Mnuchin and Democratic House Leader Nancy Pelosi regarding a potential fiscal stimulus bill.  The two parties still seem far apart on the amount of the package, with Democrats looking for a package near $2.2 trillion (down from $3.4 trillion), while Donald Trump has said he will sign a bill up to $1.3 trillion and Senate Republicans have said they will only pass a bill worth $1 trillion.  Regardless, both sides have said they will continue talk this week in good faith with hopes that a deal can be reached before the election on November 3rd.

With the passing of Supreme Court Justice Ruth Bader Ginsburg on September 18th, this leaves the Supreme Justice with 8 Justices.  President Trump is eager to for his nominee, Amy Coney Barrett, to be confirmed by the Senate before the election, in order to bring the number on the Supreme Court back to 9.  Discussions will begin this week, however, recall that in 2016 President Obama had nominated Merrick Garland to replace Justice Scalia, only to have the proceedings pushed back by the Republican controlled Senate until after the election.  This time, the Republican controlled Senate is eager to push through Barrett before the election.  As we know, things are “different” this year, with mail-in voting for elections in many states.  It could take days or weeks until we know the outcome of the election, and if the results are contested, it may end up at the Supreme Court.  Having 9 members guarantees a decision.

Also, there is a plethora of US economic data this week, culminating with Non-Farm payrolls on Friday. Expectations are for 850,000 new jobs created vs 1,371,000 in August.  Expectations for the unemployment rate are for 8.2% vs 8.4% last.  Does this mean that the economy is beginning to slow after the burst of activity in the early summer?  Data has shown that manufacturing has continued to pick up, however activity in the service sector has been declining.  If job creation continues to slow, this could weigh on the markets.

With all the US activity this week, there is potential for volatility in the DXY.  As noted in the Week Ahead, last week the US Dollar Index broke out of a descending wedge dating back to May.  Upon the breakout, DXY retraced 50% of the move from the highs on June 30th to the lows of September 1st.  However, it stalled there on Monday and could pull back to horizontal support near the September 9th  93.66.  The next support level below there is the downward sloping trendline of the descending triangle near 92.50/92.60.  First resistance is last Friday’s highs near 94.75.  Above there is horizontal resistance near 95.72. 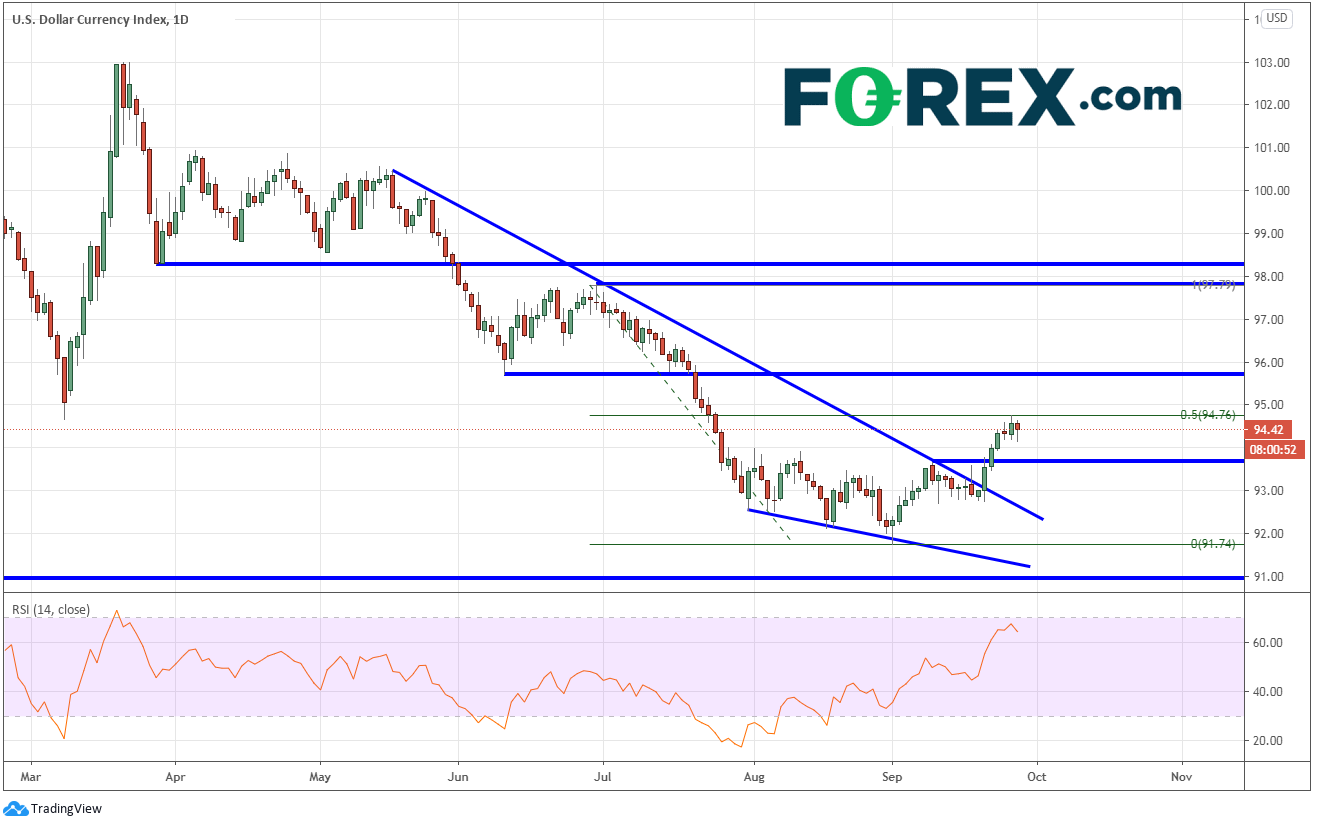 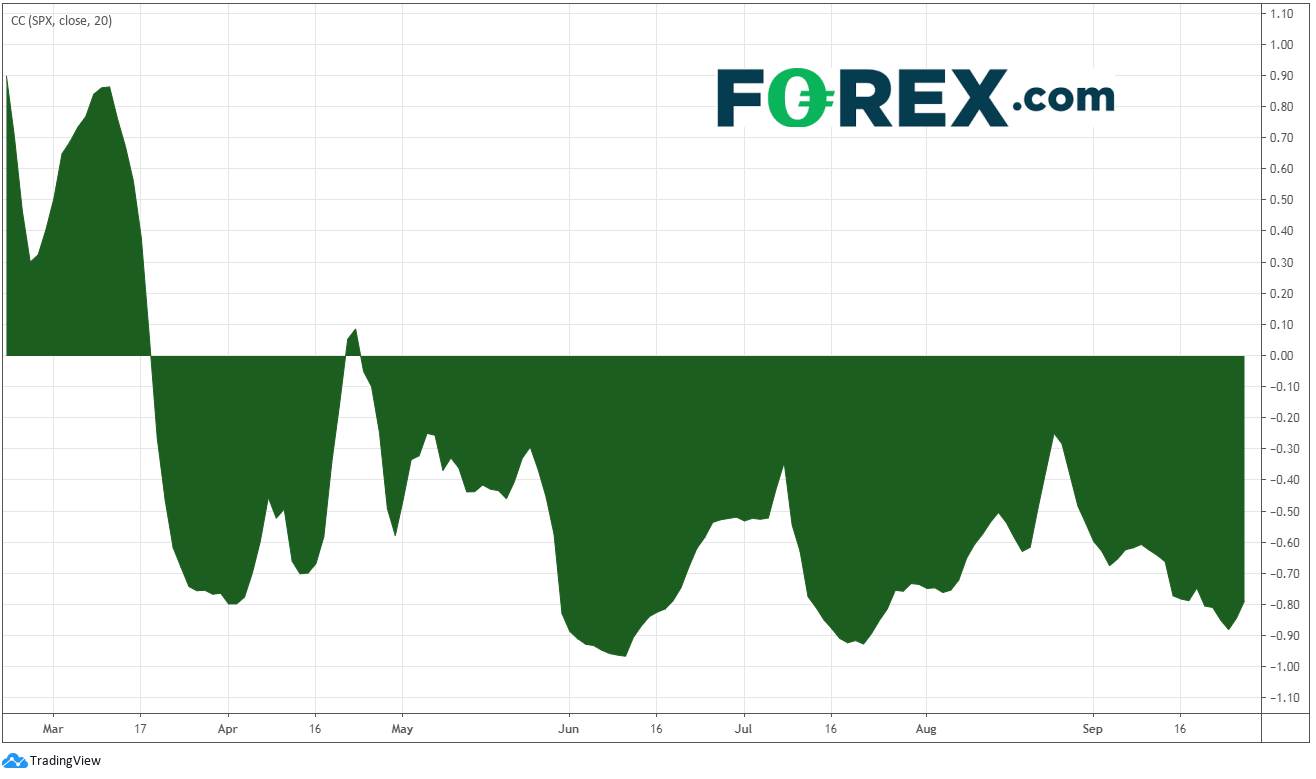