US Nonfarm payroll data was released earlier today, and it showed that 145,000 were created in December vs an expectation of 164,000.  November’s strong headline number of 266,000 was revised slightly lower to 256,000.   The Unemployment Rate remained unchanged at 3.5%,  as expected.  In addition, Average Hourly Earnings, which is a measure the Fed favors to help gauge inflation, was only 0.1% vs 0.3% expected.  Although this may seem like a large miss, November’s number was revised higher to 0.3% from 0.2%.

As we wrote earlier this week, the December data may not matter too much , as the Fed and the markets turn their focus to data released AFTER the “Phase One” trade deal with China and the USMCA were agreed on.  The Fed will meet again on January 29th, and this will be the only NFP data point we get since the last meeting.  Therefore, such a benign report will likely have little effect on any rate change.  As mentioned in our NFP preview, the market is pricing in over a 90% chance of the Fed leaving rates unchanged at the next meeting.

On a 5-minute chart, within the first hour of the data release USD/JPY has been contained to 20 pip range.  USD/JPY is often used as a proxy to gauge whether a data point was “good” or “bad”.  Based on the price action after the release, it seems the market took NFP as “neutral.” 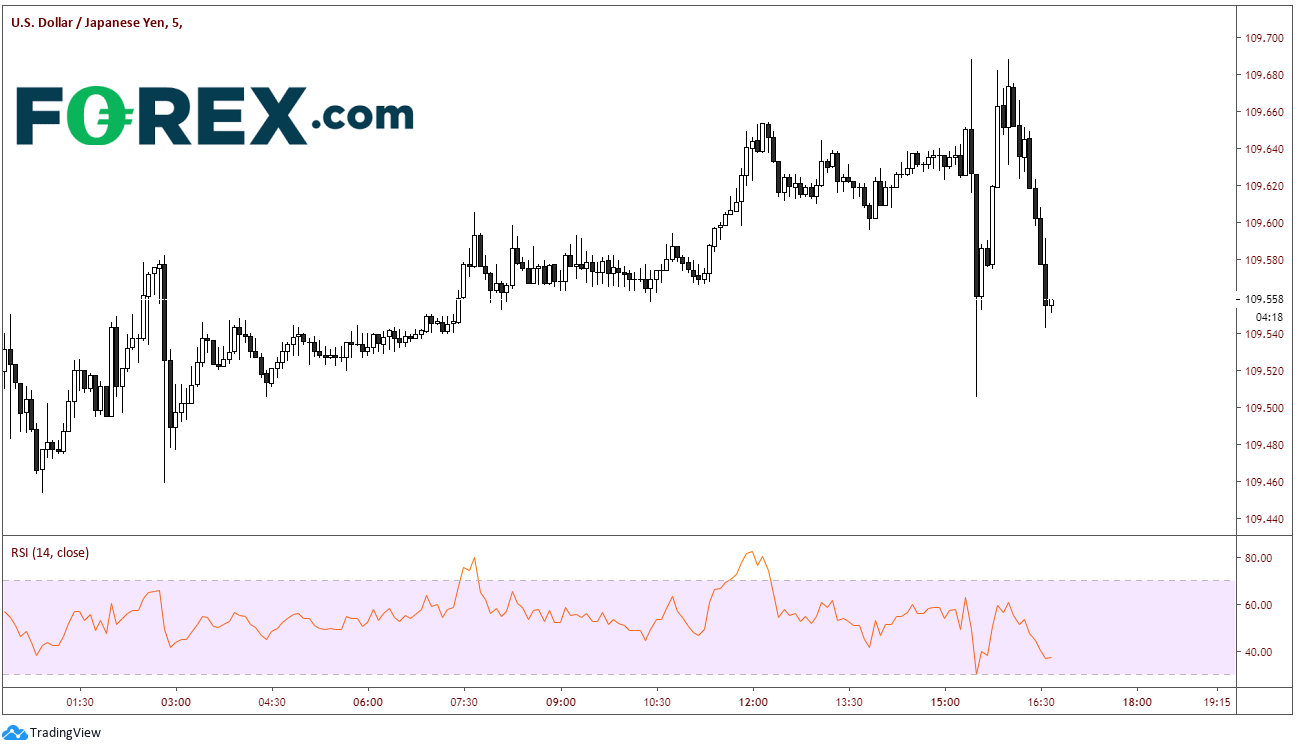 As stock markets continue to remain near all-time highs, the focus for the rest of the day and this weekend will most likely continue to be geo-political events. USD/JPY is approaching the 109.70 resistance level discussed earlier in the week.  This will be a focus for the Yen traders for the remainder of the day, as traders may look to take some risk off ahead of the weekend. 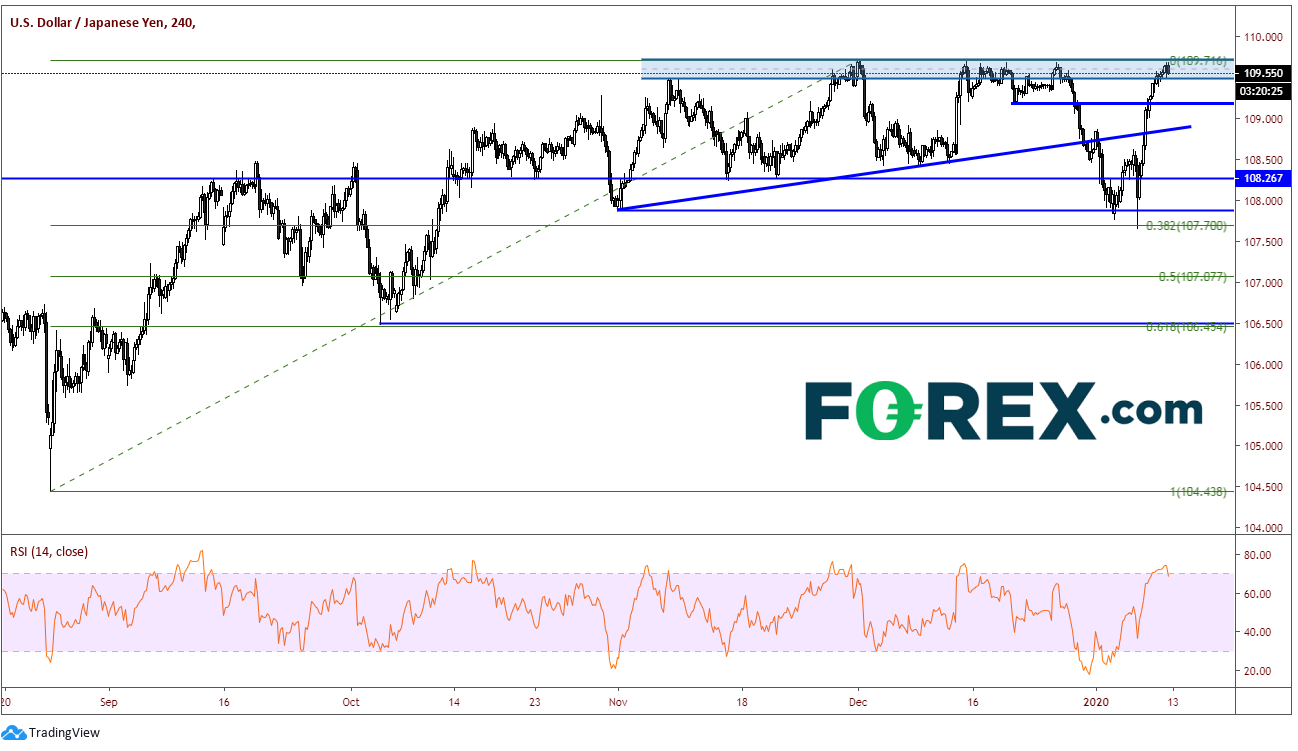