#UK - IRELAND#
GlaxoSmithKline, a pharmaceutical group, said it has signed a strategic collaboration agreement with biotechnology company CureVac for the development and commercialisation of up to five mRNA-based vaccines and monoclonal antibodies (mAbs) targeting infectious disease pathogens. The company added: "GSK will make an equity investment in CureVac of £130m (E150m), representing close to a 10% stake, an upfront cash payment of £104m (E120m) and a one-time reimbursable payment of £26m (E30m) for manufacturing capacity reservation, upon certification of CureVac's commercial scale manufacturing facility currently under construction in Germany." From a chartist point of view, prices remain stuck within a mid term consolidation channel. The stock price is challenging its 20 and 50 DMAs. The RSI stands above 50% but lacks momentum. Above 1561p, the bias remains bullish. Next resistance thresholds are set at 1749p and 1857p in extension. A break below 1561p would call for a reversal down trend towards 1490p and 1415p. 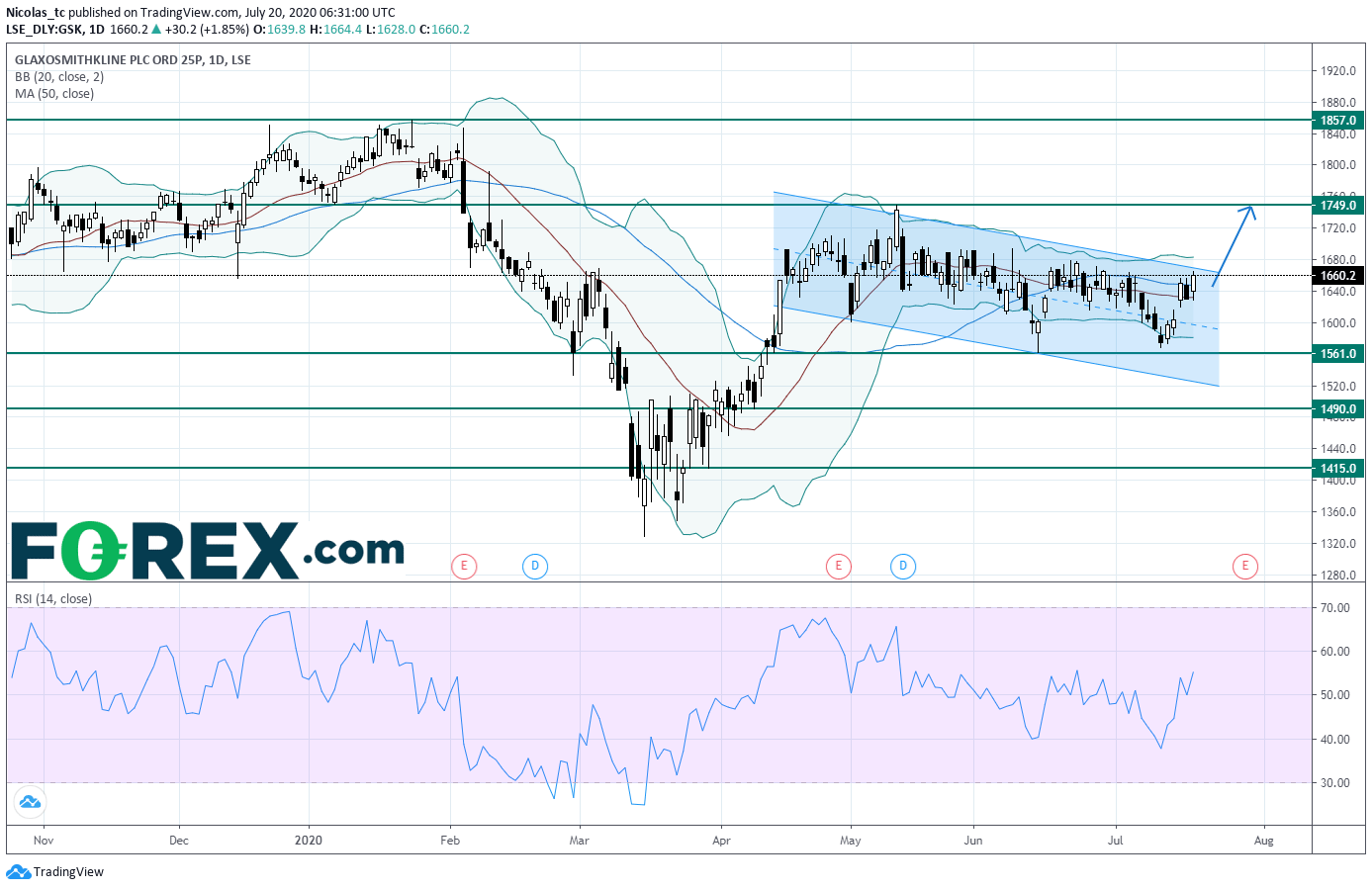 Marks & Spencer, a retailing group, will announce hundreds of job cut this week due to the Covid-19, reported Sky News citing people familiar with the matter.

SSE, an energy company, was downgraded to "hold" from "buy" at Societe Generale.

Standard Life Aberdeen, an investment company, was downgraded to "underweight" from "equalweight" at Barclays.


#FRANCE#
Airbus, an aircraft manufacturer, said it has secured a 500 million pounds contract from the U.K. Ministry of Defence to build an additional satellite to support British military communications until at least 2040.

Natixis', a banking group, owner BPCE said it has no plan to acquire the remaining shares in the company, reported Bloomberg citing an emailed statement.

EssilorLuxottica, an eyewear conglomerate, announced that it has initiated legal proceedings before a Dutch district court to "obtain information from GrandVision. This is to assess the way GrandVision has managed the course of its business during the COVID-19 crisis, as well as the extent to which GrandVision has breached its obligations under the support agreement".

Teleperformance, an omnichannel company, was upgraded to "overweight" from "equalweight" at Morgan Stanley.


#ITALY#
Intesa Sanpaolo, an Italian banking group, announced that it has raised is takeover offer for UBI Banca by adding an extra cash portion of 0.57 euro per share, representing about 652 million euros.