By :
Global Author
With the first round of last Sunday’s French presidential election fading into the background and pro-euro candidate Emmanuel Macron still heavily favored to win the presidency in early May, the euro has managed to retain most of its recent gains, especially against the Japanese yen. EUR/JPY rose to hit a key historical support/resistance level around 122.00 on Wednesday after having gapped up in the aftermath of Sunday’s French vote outcome, as the euro surged in a relief rally while the yen dropped on lower safe-haven demand. 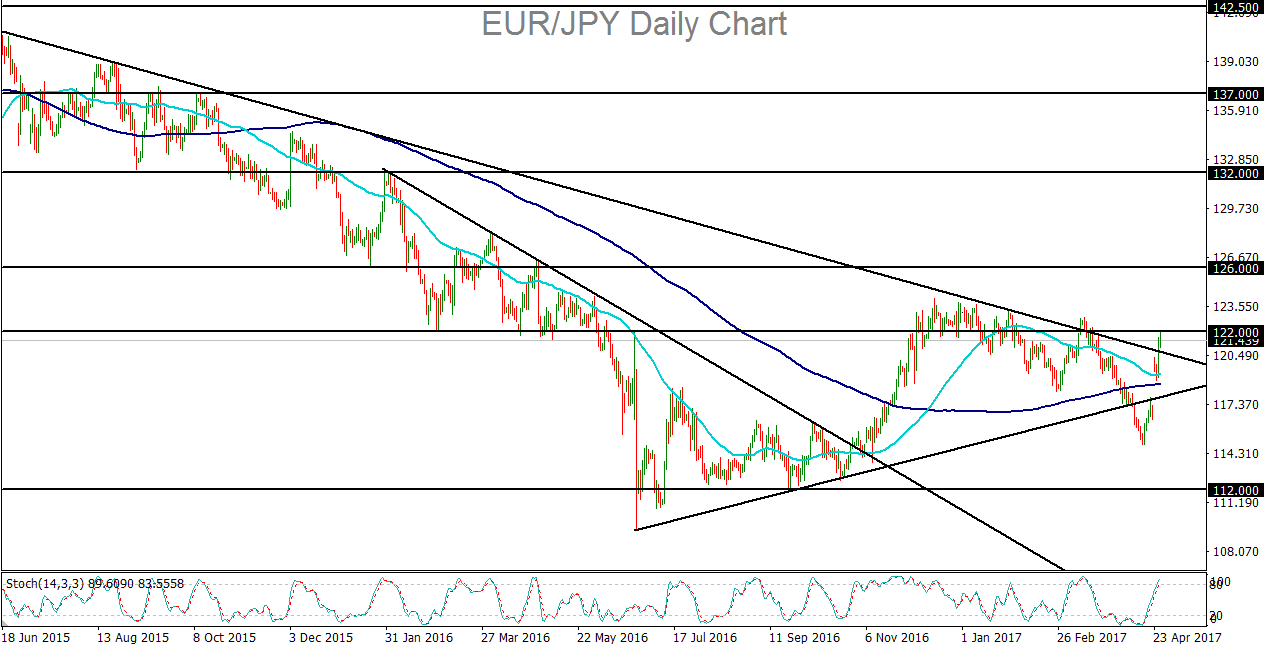