By :
Global Author
EUR/USD continued to push higher early on Thursday, extending its bounce from the new 7-month low of 1.0850 that was hit early this week. In the process of rebounding, the currency pair has re-approached a key resistance level around 1.0950 that was previously a major support level before being broken down a week ago. If this resistance level continues to hold, EUR/USD could soon see a sharp downturn to extend the recent bearish trend, especially with key events and economic data coming up in the next several days.

Last week, EUR/USD broke down below this 1.0950 level (then serving as support) as the European Central Bank (ECB) kept its monetary policy and stimulus program unchanged, as widely expected, but also gave some dovish indications in leaving the door open for further stimulus measures possibly to be implemented at the next ECB meeting in December. At the same time, the central bank gave no indication of any tapering of its extensive quantitative easing program, which helped lead to a sharp plunge for the euro. When coupled with a strong dollar on increased expectations of an impending Fed rate hike, the EUR/USD breakdown was even more pronounced.

This week, the US dollar has taken a small step back as it has consolidated its recent gains ahead of major economic data and events in coming days – these include US GDP at the end of this week, next Wednesday’s November Fed meeting, both the key ISM manufacturing and non-manufacturing PMI reports and of course, next Friday’s October non-farm payrolls employment data. If any or all of these data/events lead to a further boost for the US dollar, EUR/USD could see a turn down from resistance and an extension of the recent downtrend towards the next major bearish target around the 1.0800 support level. 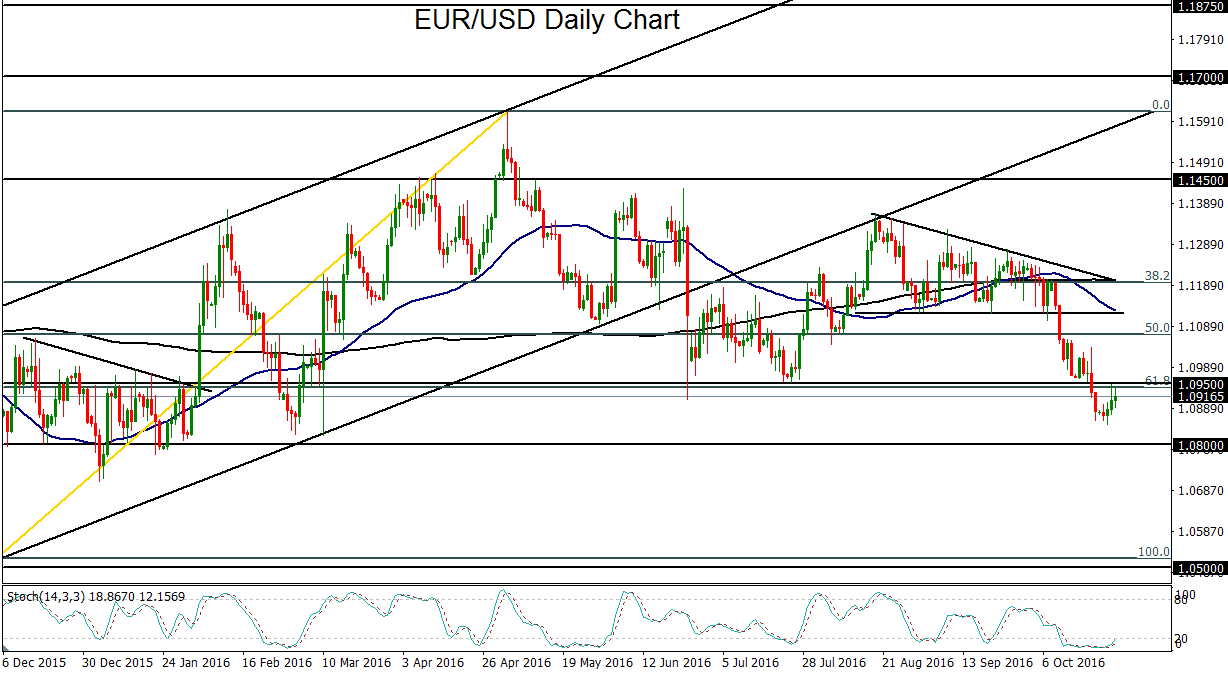