By :
Global Author
EUR/USD continued its plunge on Thursday, a day after the US Federal Reserve hiked interest rates by 25 basis points to 0.50%-0.75%, as widely expected. This rate increase is only the second in ten years, and follows a full year after the Fed’s new monetary tightening cycle began in December of 2015. 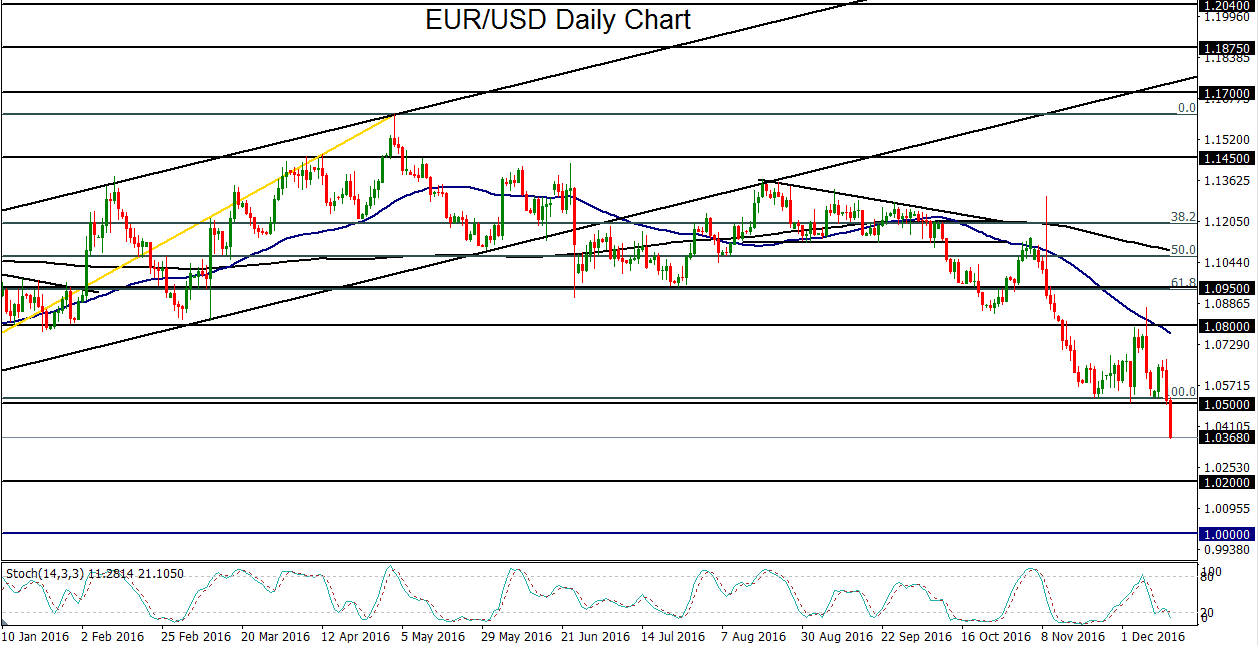