EUR/USD stalls at resistance ahead of US inflation 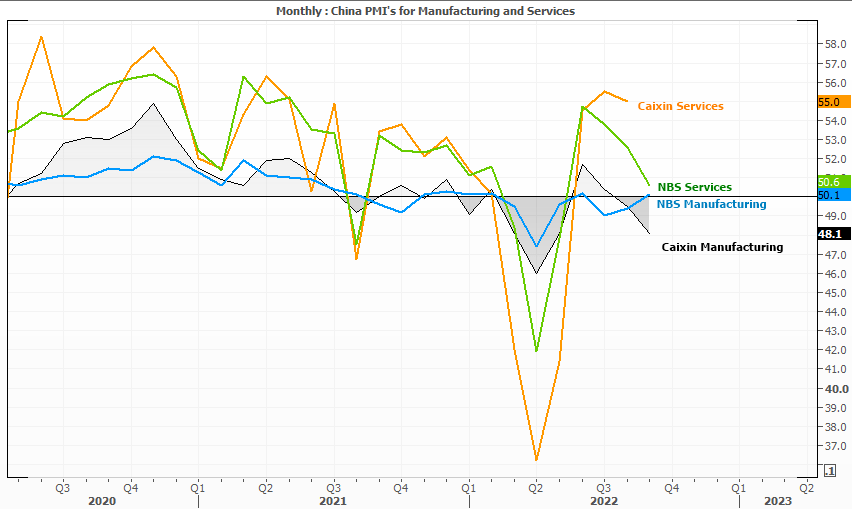 China’s manufacturing sectors expanded at a snail’s pace in September, according to the National Bureau of Statistics (NBS). But it is the first month in three (or second in seven) that the sector hasn’t contracted. Meanwhile the Caixin survey – which is run privately – fell to a 4-month low of 48.1 to show contraction. Furthermore, the NBS services PMI barely expanded at 50.6which shows further deterioration for the world’s second largest economy.

USD/CNH rose comfortably back above 0.7100 after the data, but has since given back around half of the day’s gains. The pair remains within a corrective phase after the dollar began to soften earlier this week, and the PBOC have been vocal about supporting the yuan.

The USD is currently the strongest major currency whilst CAD, AUD and NZD are the weakest.

US inflation is the main focus for traders today

UK GDP is released at 07:00 BST and expected to contract by -0.1% q/q, which would be its first contraction since Q3 2021. And we may need to get used to contracting GDP with the new UK budget being supported by the government despite the market backlash.

German retail sales are likely to contract as expected, given inflation rose 10% y/y versus 9.4% expected yesterday. Inflation and employment data is released for the Euro area at 10:00 and an ECB member speaks at 12:00.

But the main focus for traders is the Fed’s preferred inflation print – core PCE – at 13:30. Core PCE is expected to have risen 0.5% in September, up from 0.1% previously. Any signs of inflation coming in below expectations would be seen as a win, weigh on the dollar and likely support stocks. But if a short EUR/USD stands any chance then the ideal scenario is softer euro inflation coupled with stronger CPI for the US. 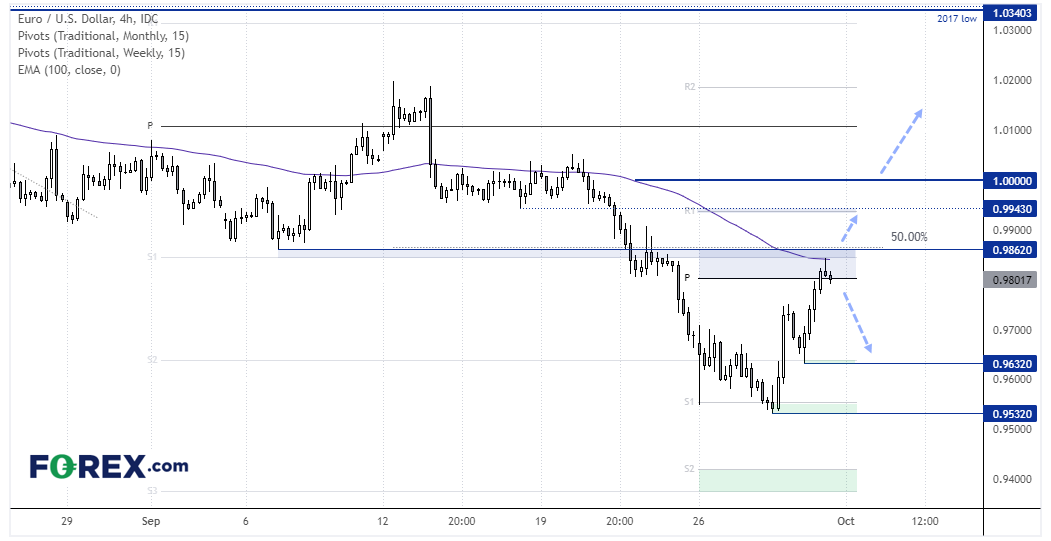 EUR/USD is within a 3-wave retracement against its bearish trend. The rally has found resistance at the Sep 11th low, monthly S1 pivot point, 50% retracement level and 100-bar EMA and a small bearish hammer has formed. So perhaps there is the potential for a swing high develop. To switch to a bearish bias, we would like to see a series of reversal candles or a prominent bearish engulfing/outside candle to assume a swing high. A break above 0.9862 assumes bullish continuation. 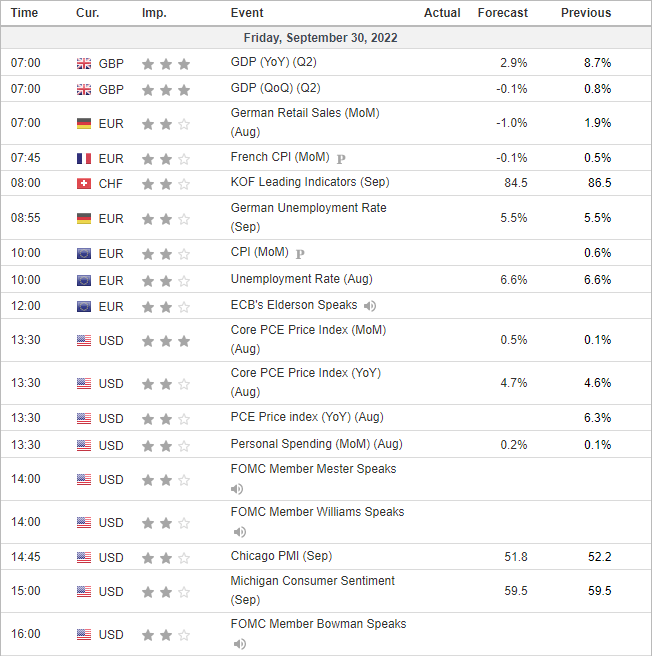