EURUSD under pressure after ECB comments

The Euro was bearish against all of its major pairs. In Europe, ECB kept its main benchmark rate unchanged at -0.50%. The institution said that "the Governing Council will recalibrate in December its instruments, as appropriate, to respond to the unfolding situation and to ensure that financing conditions remain favorable to support the economic recovery and counteract the negative impact of the pandemic on the projected inflation path."  The German Federal Statistical Office has posted October jobless rate at 6.2% (vs 6.3% expected). The Bank of England has released the number of mortgage approvals for September at 91,500 (vs 76,100 expected). Separately, German CPI was up 0.1% in October after a 0.2% slid a month earlier. It was expected flat. The European Commission has reported the Euro zone's October Economic Confidence Index at 90.9 (vs 89.6 expected) and Consumer Confidence at -15.5, vs -13.9 in September.

The Australian dollar was bullish against most of its major pairs with the exception of the CAD and USD.

Looking at the major pair movers, it's no surprise the EUR/USD is under pressure in Thursday's trading. The pair is down over 71 pips after comments from the ECB above. Even with today's decline, price action remains in a consolidation between 1.202 resistance and 1.1605 support. Breakouts are where large trends take shape. The bias remains to the upside due to the prior bullish trend however a breakdown is possible. It is best to sit on the sidelines and avoid the chop until a breakout is confirmed. A breakout to the upside would yield a target of 1.2265 resistance while a downside breakout would find support at the 1.144 area. 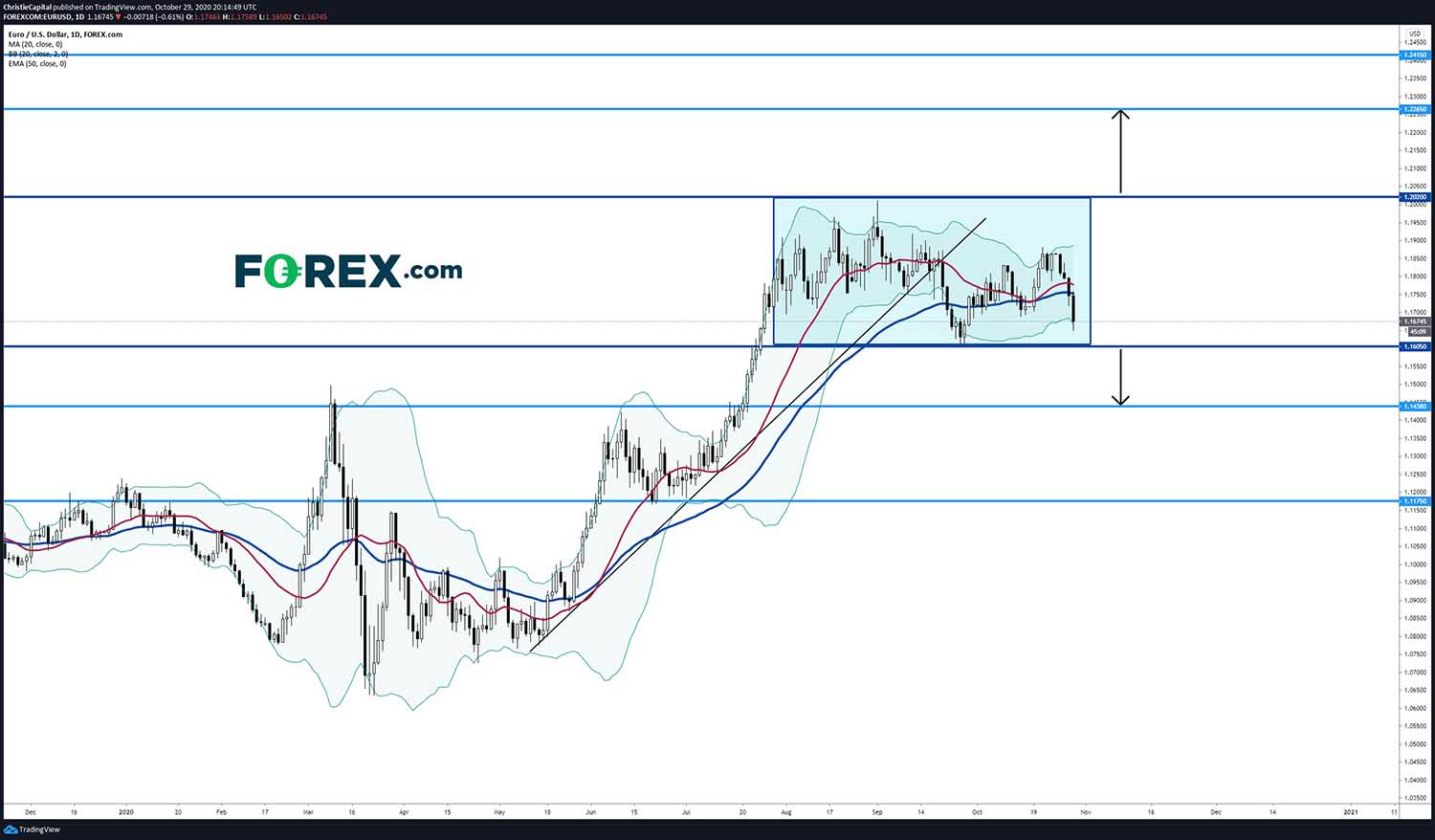