The Euro has posted a strong rebound against the U.S. dollar since marking a recent low at $1.0727 on April 24.

Latest official data showed that the eurozone's economy contracted 3.8% on quarter in the first quarter (as expected), the biggest contraction on record, reflecting the damage caused by shutting down major European economies for containing the coronavirus pandemic.

Meanwhile, the government of Germany, the biggest economy in the eurozone, projects the country's economy to contract 6.3% for the whole of 2020.

The central bank added that it is "fully prepared" to increased the size of the pandemic emergency purchase programme by "as much as necessary and for as long as needed".

Though governments of Germany, France, Italy and Spain starting to ease pandemic-induced restrictions in an effort to get their economies back to normal, damage has been done and the duration required for those economies to return to "normal" remains a big question that is hard to answer.


On a Daily Chart, EUR/USD has to make a clear break above Key Resistance at 1.0990, which is around the previous high seen in mid-April, in order to bring about a Bullish Reversal.

Otherwise, the recent rebound only proves to be yet another unsustainable one. 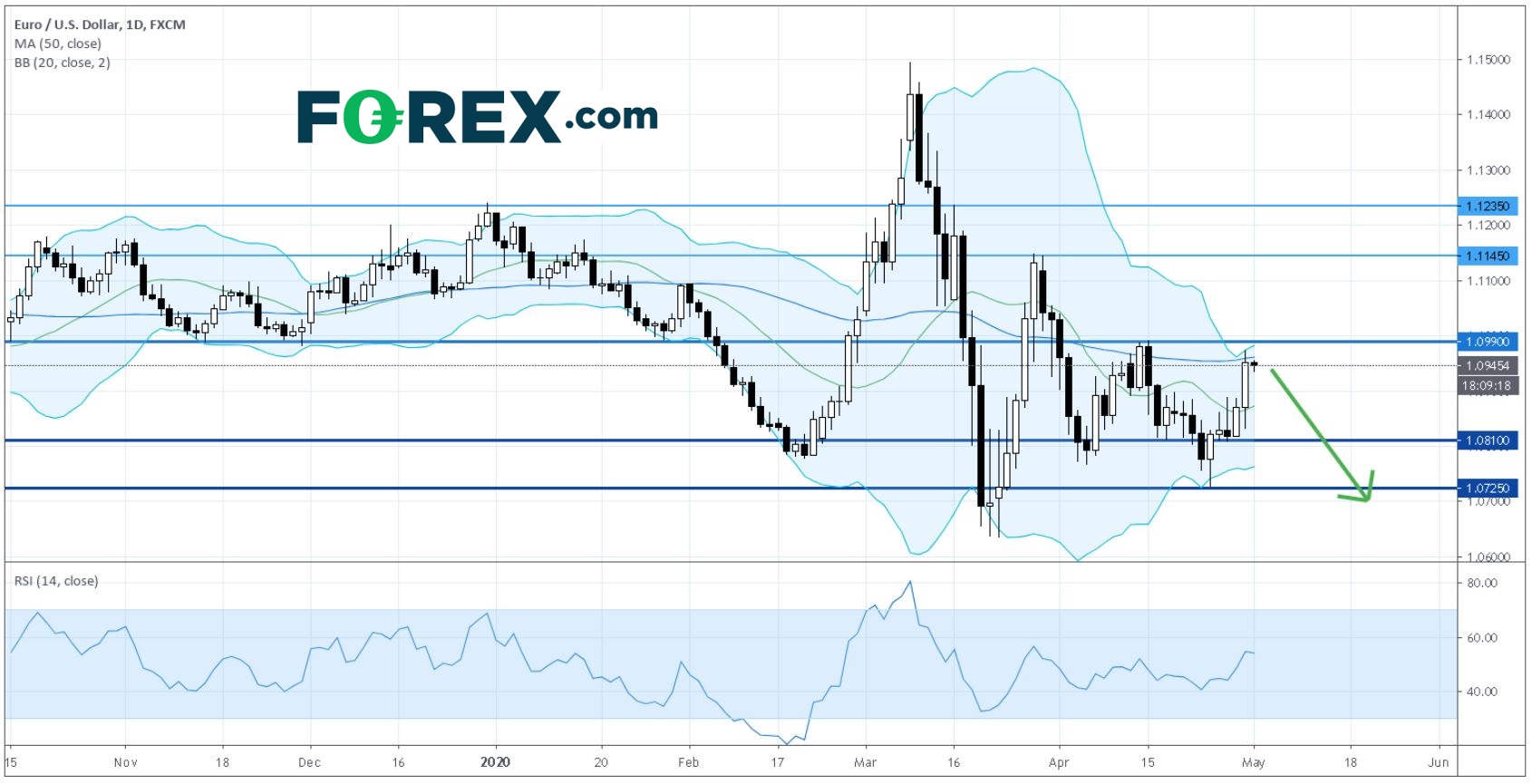 Unless the Key Support at 1.0920 is breached, the level of 1.0970 (around the high of yesterday) remains an overhead resistance. 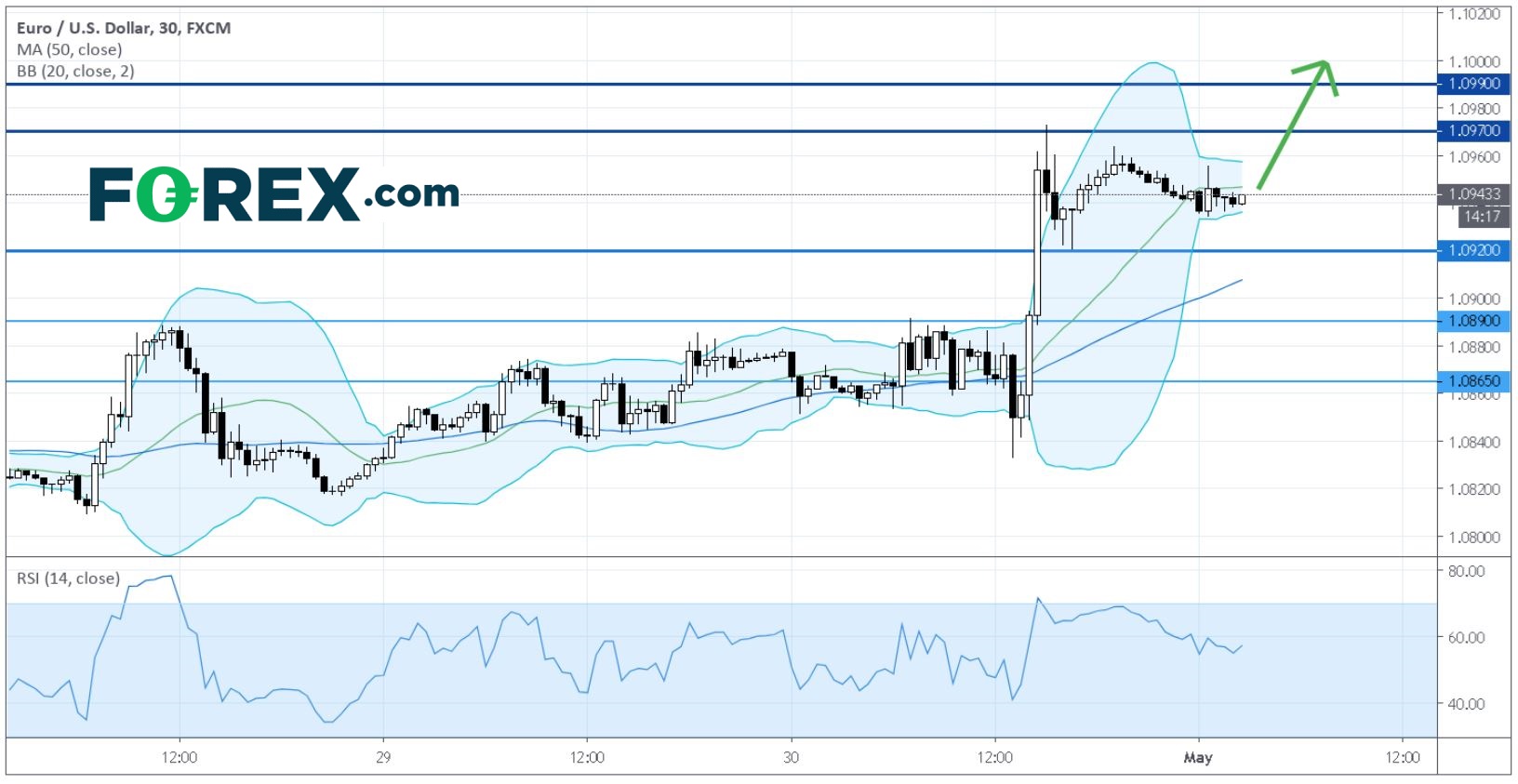