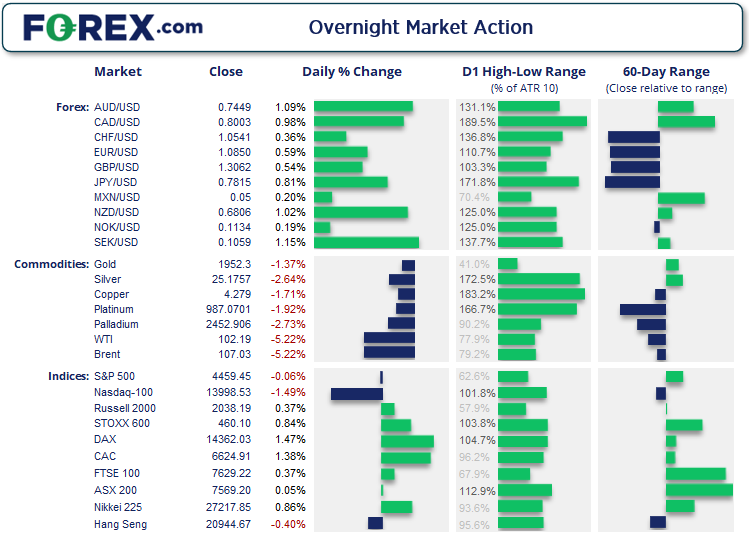 US indices diverged today which saw the S&P 500 post a minor gain yet the Nasdaq selloff, after Netflix (NFLX) posted their first subscription drop in a decade. The stock fell as much as -38.4% overnight to eventually close down by around -30% during its worst day in nearly -decades. 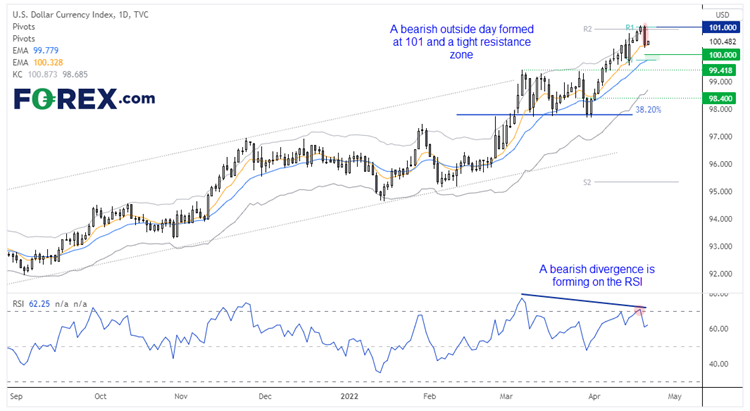 Taking a closer look at DXY suggest it may have more room to mean revert. Tuesday’s high coincided with RSI hitting oversold and close outside the upper Keltner band. This is also where the monthly and weekly R2 pivots reside, and today’s bearish outside candle helps to mark a swing high and begin its pullback. Whilst support was found at the 10-day eMA, we think it can now move its way back down to 100 or even the 20-day eMA (and weekly S1) at 99.80. Should evidence of a swing low materialise then we’d consider switching back to a bullish bias. Bond yields will be a key market to watch to see how deep any pullback will be for the dollar form here. 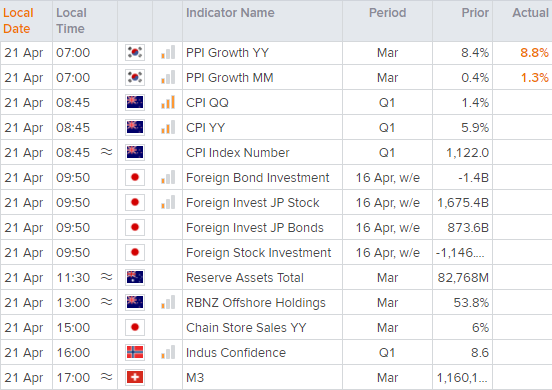