The Minutes from the December FOMC meeting showed that Fed members observed that a slowing of interest rate increases would allow the central bank to assess the progress on inflation and employment. Recall that the FOMC slowed the pace of interest rates increases to 50bps from 75bps the prior four meetings. However, that didn’t mean they were happy with the current situation.  Members are still worried about the risk of persistent inflation.  Powell mentioned in his press conference that they “welcome the reduction in the monthly pace of price increase, but it will take substantially more evidence to give confidence that inflation is on a sustained downward path.” In addition, the Summary of Economic Projections showed that no one expects rate cuts in 2023, as the median forecast for rates increased from 4.6% to 5.1%.  As a result, participants felt that ongoing rate increases are “likely appropriate”. The committee also noted the need for flexibility and optionality in policy decisions and that unwarranted easing in financial conditions could complicate their effort to restore price stability.

The US Dollar Index barely moved on the release of the Minutes, remaining within a range between 104.24 and 104.31. 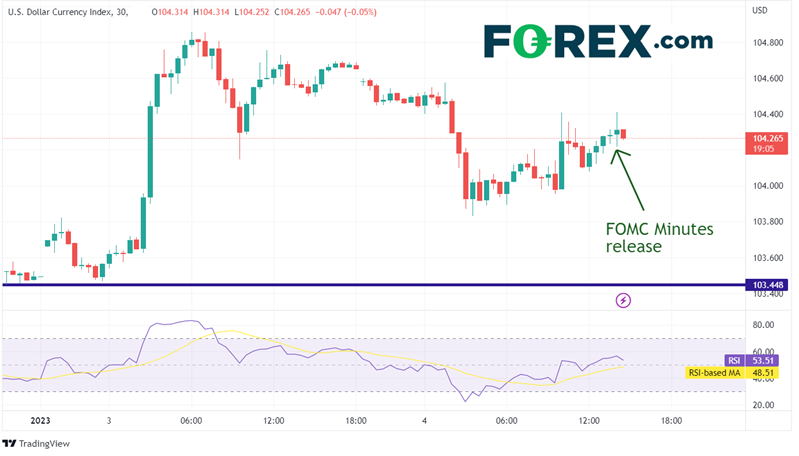 However, stock traders noticed the hawkishness that the message conveyed, and the NASDAQ 100 sold off nearly 1% within the first 30 minutes of the release. 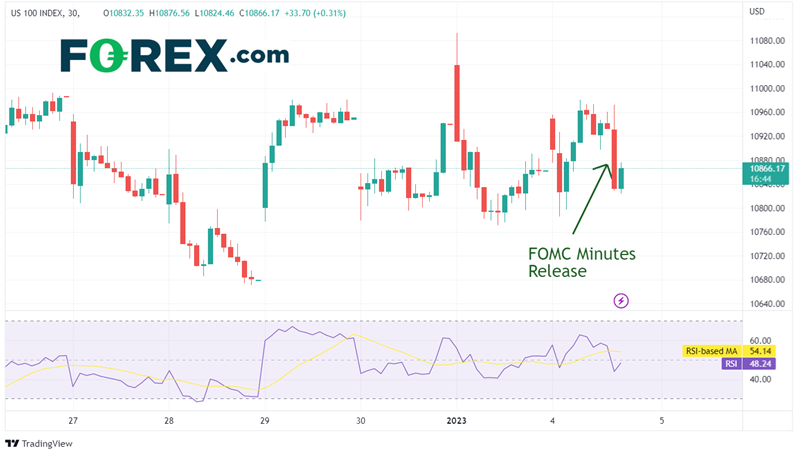 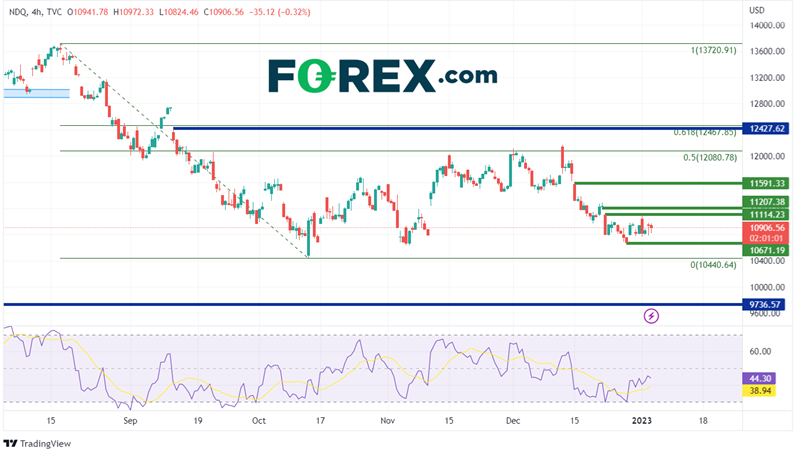 Despite the hawkishness of the FOMC Minutes, the US Dollar barely budged.  However, stock markets sold off, with the NASDAQ 100 falling nearly 1% on the release.  Will the downtrend continue, or will the index move towards the gaps above? It may depend on the Non-Farm Payrolls report on Friday!