For all the ‘no-deal’ controversy of his successful leadership campaign, confirmation that Boris Johnson will be Prime Minister has not torn a new strip off sterling. Sterling/dollar ticked higher on the news that Johnson beat his opponent in the final Conservative leadership ballot by 92,153 against 46,656. But it remains close to last week’s two-year low.

Johnson himself also inherits a razor thin parliamentary majority. Law makers recently voted to obstruct a no-deal Brexit but can’t agree on the type of Brexit they actually do want. This leaves the new PM facing the same uncertainties as the previous ones, regardless of whether he triggers no deal or not.

None of this augurs a smooth sterling recovery and another negative for the economy, though it offers a possible continued boost for the biggest exporters from these shores. The implied tailwind for FTSE 100 groups, which derive over 70% of revenues abroad, has long been a welcome offset of Brexit uncertainties for investors. As sterling pressure builds again, potential benefits are being eyed even more favourably. For instance, Citigroup and Barclays upgraded UK equities in recent weeks. And with a 12% rise, the FTSE is no longer Europe’s worst-performing major index this year. 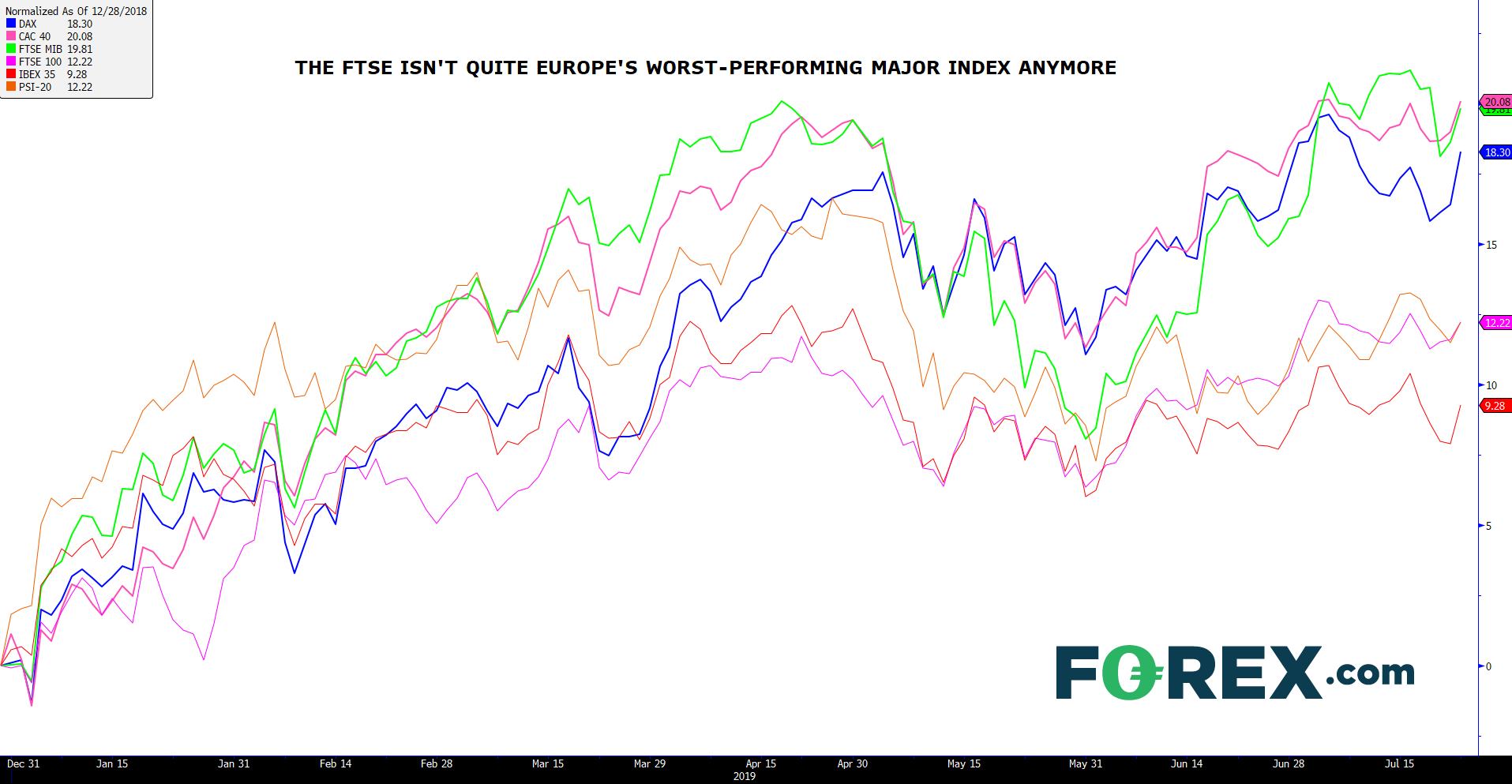 Even more promising, almost half of Europe’s best value-orientated stocks are currently British. Defining the ‘value’ side of the value-growth continuum as STOXX 600 shares with the lowest forward price/earnings ratio and highest EPS estimates, FTSE shares are among the best gainers. 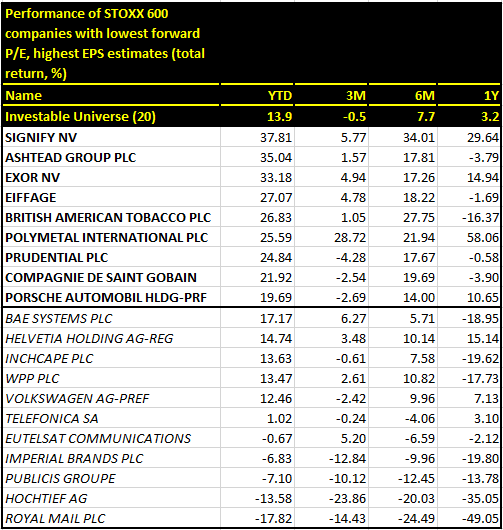 With an average return of about 14%, the model has barely kept pace with the STOXX index’s 16% rise in the year to date. Still, the low P/E factor, which targets shares that may be undervalued, combined with strong expected earnings, is a winner. UK shares make up four of the 9 strongest outperformers, and a further three of the underperformers that still have a fair return.

But what if Boris Johnson surprises many and transforms into the ‘unity’ Prime Minister he has suggested he could be? A relatively lacklustre rise in implied sterling volatility already suggests options traders aren’t convinced that Britain’s 31st October deadline will be adhered to any better than the March one. Removal of no-deal could trigger another sterling revival. In turn the BOE could turn more hawkish, though economic and political uncertainty could linger for longer. Either way, most giant UK-listed exporters will be sitting less pretty, unless the pound falls further.