Aside from ECB President Mario Draghi’s hawkish inflation comments on Tuesday, which resulted in a dramatic surge for the euro, Bank of England Governor Mark Carney also spoke on Tuesday after releasing the BoE’s Financial Stability Report. Carney sounded a highly cautionary tone regarding the possible worst-case scenarios resulting from the ongoing Brexit process. Carney stated that the central bank would be prepared for all such scenarios, “however unlikely,” in order to combat the potentially deleterious impact that Brexit may have on the UK’s financial stability. Despite these warnings, the pound surged against both the tumbling dollar and plunging yen, though it fell against the Draghi-driven strength of the euro.

Meanwhile, the yen was particularly weak on Tuesday, as it dropped even against a heavily pressured US dollar. This yen weakness – driven by a combination of a still-dovish Bank of Japan and a risk-on market environment that has decreased demand for yen safety – interacted with the strength of the pound on Tuesday to push GBP/JPY higher within the current rebound.

From a technical perspective, GBP/JPY bottomed-out two weeks ago around the key 138.50 support level after having fallen sharply from 148.00 resistance since early May. Amid the ensuing rebound, the currency pair broke out above a key downtrend resistance line extending back to that early-May 148.00-area high. In the process, GBP/JPY has also broken out above its 200-day moving average and, as of Tuesday, tentatively above its 50-day moving average. To the upside, the next major target is around the 145.00 resistance level. Any further breakout above 145.00 could next target the noted resistance highs around 148.00. 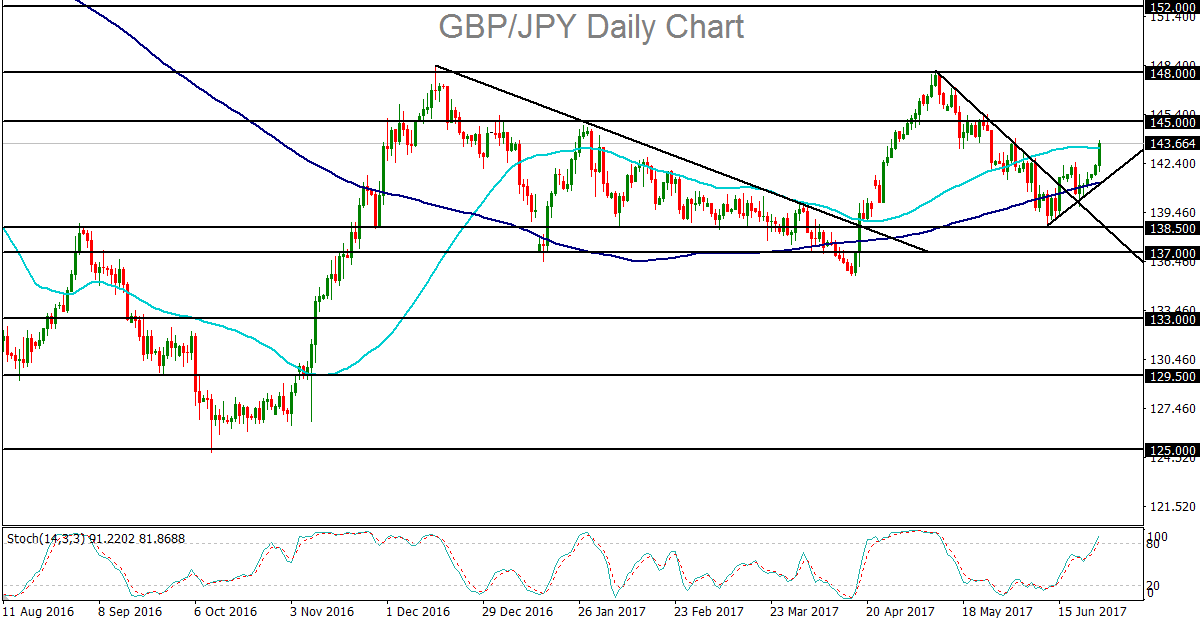