Nicola Sturgeon (First Minister to Scotland) claims her party is close to unveiling plans for a second Scottish Referendum “very soon indeed”. The topic has resurfaced several times since the first referendum in 2014, although Westminster has so far been successful at quashing any such move. Yet traders were seemingly unnerved by Sturgeon claims that they have found a legally secure path to hold a referendum, without Westminster’s consent.

Of course, we now need to wait for these plans to be unveiled. And we’re yet to find out if the supposed loophole found by Sturgeon is concrete to get past Westminster. But we do know there will be a hard pushback from the UK government, but until then the pound appears to be on the ropes.

The pound’s TWI (trade-weighted index) recently fell to its lowest level since January 2021 – which was its second worst day this year. The move was also amplified by the fact that GDP has contracted for two months in a row. 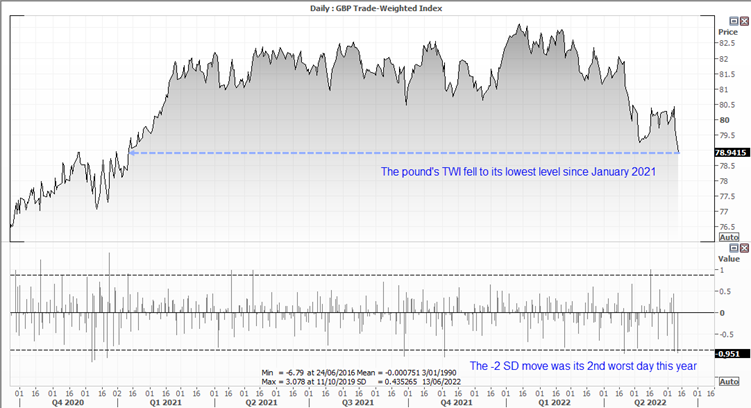 A relatively hawkish ECB coupled with the prospects of a second Scottish referendum catapulted EUR/GBP to a 14-month high but stopped just shy of breaching 0.8700 before pulling back. But as European traders are yet to fully react to this development then it provides upside risks for EUR/GBP heading into this session. And whilst the majority of economists disagree, markets are pricing in a 25-bps hike from the SNB tomorrow – and that could catch many Swiss franc bears off guard and send GBP/CHF lower unless Westminster have successfully quashed the latest bid for a referendum. 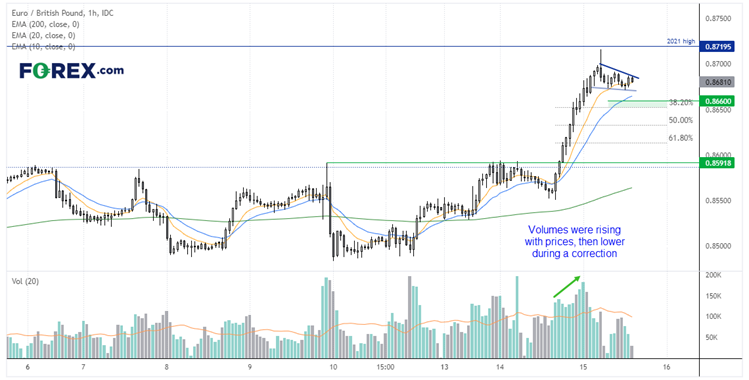 A strong trend has developed on the 4-hour chart alongside rising volumes. Prices have now entered a period of consolidation which could present a continuation breakout. The 10 and 20-bar-eMA have provided support and the shallow retracement remains well above a 38.2% Fibonacci ratio. Our bias is bullish above 0.8660 so would welcome any low volatility pullback to that area. The initial target is 0.8700 and then the 0.8720 high. 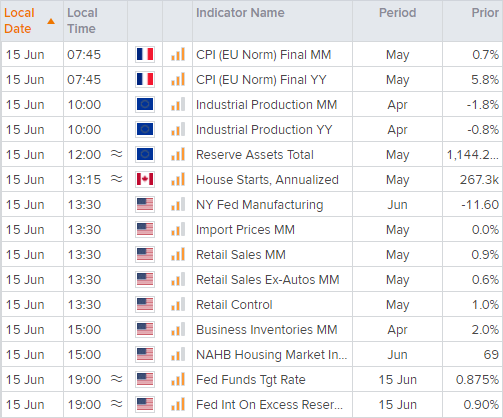