As one of the first major central banks to raise rates, the Bank of England has been hawkish and should remain so until their upcoming Interest Rate Decision meeting on March 17th.  After all, the jobs data appears to be strong, with the January Claimant Count falling by 31,900 vs an estimate of a 28,000 decline.  In addition, Average Hourly Earnings, including bonuses, was better at 4.3% vs 3.8% expected.  Inflation data was higher as well for January, with the headline CPI print at 5.5% YoY vs 5.4% YoY expected.  Also, the Core CPI data was higher for January,  printing 4.4% YoY vs an expectation of 4.3% YoY.  With both the jobs data and the inflation data looking strong, GBP/USD has been moving higher. 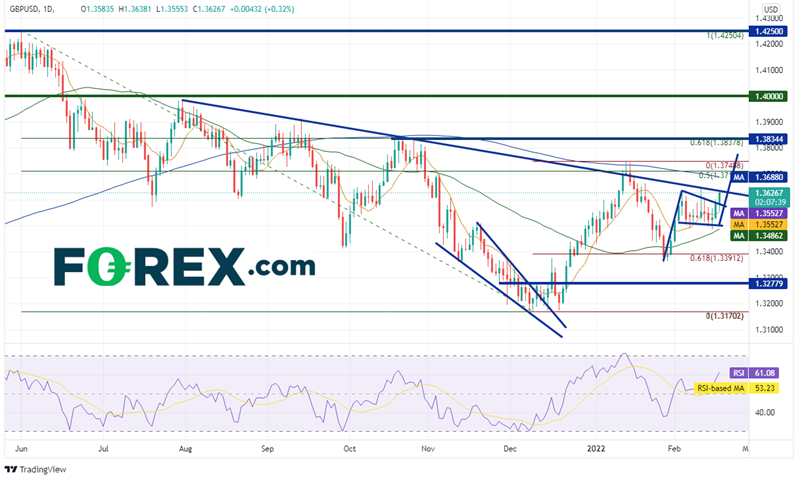 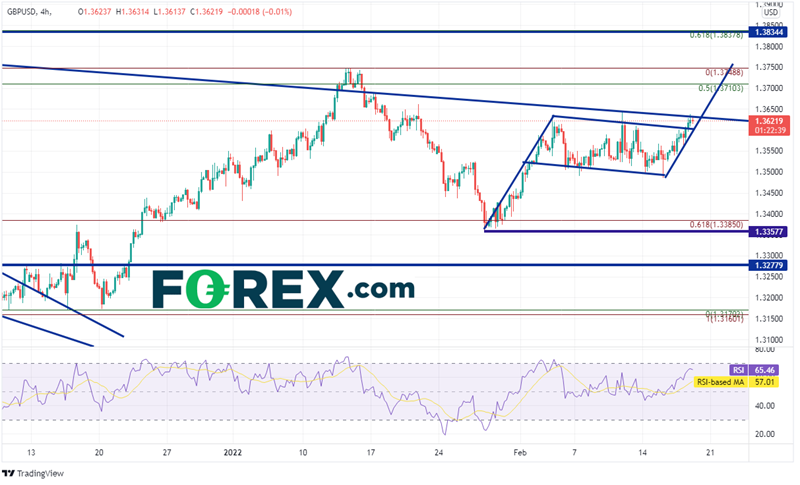 The Bank of England will get to see one more jobs report before their March 17th meeting.  However, the inflation data won’t be until the day after the meeting.  Therefore, the recent CPI data should carry a good deal of weight.  As the markets are looking for a 25bps hike already, they may begin pricing in a 50bps hike. If so, GBP/USD so continue to move higher.