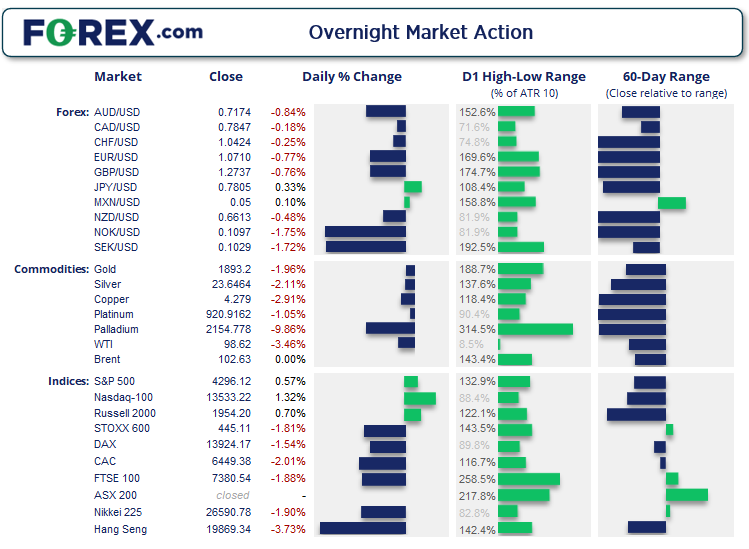 Exchanges in Australia and New Zealand reopen today following Anzac-day on Monday, so some investors have some catching up to do. Concerns of a China slowdown due to lockdowns and rising cases continued to fan concerns of weaker global growth alongside inflation becoming ‘entrenched’.

Whilst US stock markets initially traded lower in line with last week’s sell-off, they stabilised before lunch and went on to break their two-day losing streak (cautiously so). Whether Asian markets will track them today remains to be seen, but it can be argued that they’ll remain more sensitive to China’s growth concerns so we’re not bracing ourselves for a strong rally today.

The dollar weighs on commodity (and commodity FX)

The US dollar index (DXY) continued to trade higher thanks to risk-off slows and assurances that the Fed will hike in 50-bps increments (at the very least). DXY reached a 25-month high and stopped just shy of 102 whilst the euro probed 1.0700 as risk-off trade overshadowed Macron’s victory over Le Pen in the French elections.

Commodities took a hit and saw the Thomson Reuters commodity index to an 8-day low. Copper broke trend support and touched a 10-week low and WTI fell beneath $100. Gold continued to lose its appeal and saw a daily close below $1900 for the first time in two months.

Commodity currencies were dragged lower amongst the commotion with AUD and NZD leading the way lower overnight. Steel production cuts weighed on Iron ore prices (and therefor the Aussie) with AUD/JPY falling as much as -2.4% by the session low. This is currently the worst 3-day selloff for AUD/JPY since June 2020. It was also the worst session for AUD/NZD this year so far.

Eyeing a move to 1880 for gold over the near-term 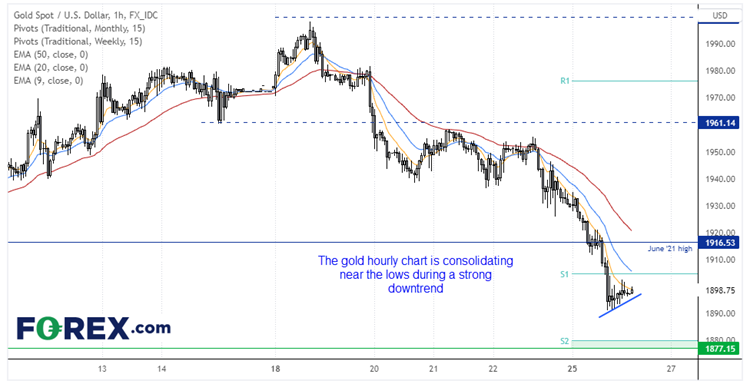 We can see on the hourly chart that gold remain in a strong downtrend, although within a small consolidation just off its lows. Perhaps this will break lower from a bear flag pattern or evolve into a pennant/small triangle. But we’d prefer to either fade into minor rallies or enter with a break of new lows and target 1880, near the weekly S2 pivot point. 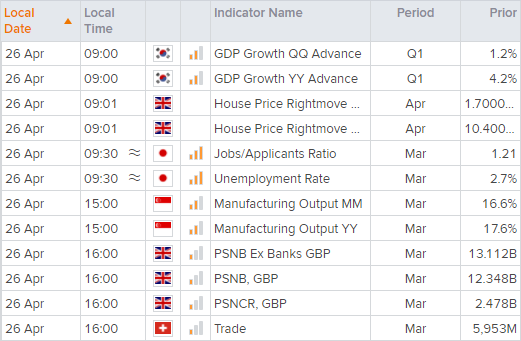