By :
Global Author
Despite a generally lagging US dollar, the price of gold continued to drop on the first day of May after having fallen for the past two weeks since mid-April’s year-to-date peak just below the $1300 handle. This sustained fall for gold can be attributed in part to rallying equity markets and low perceptions of market risk, which have significantly decreased the demand for safe-haven assets like gold and the Japanese yen. 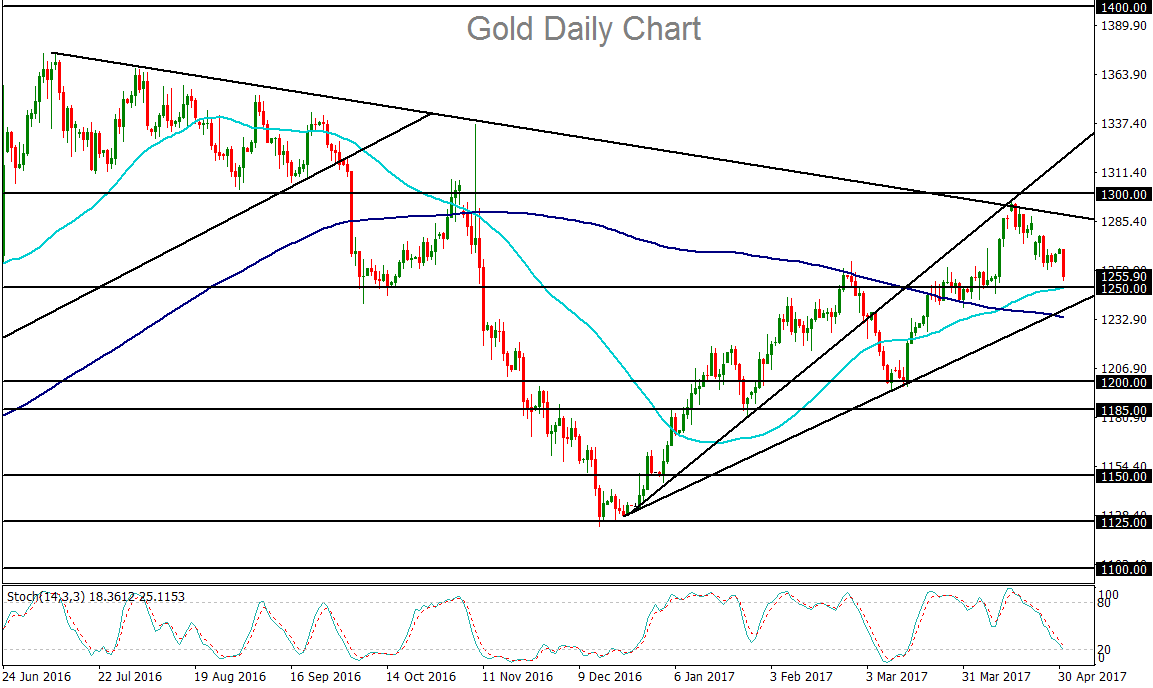