Implied volatility spikes, BOJ gets active ahead of FOMC

Caution is in the air ahead of central bank meetings over the next 36 hours, which includes the Fed, BOE, BOJ and SNB. Whilst the FOMC meeting is the headline event, it would be wise to also keep close tabs on the SNB and perhaps even the BOE for hawkish surprises, whilst the BOJ is by far the least likely to change policy on the day.

The tension can be seen across equity markets across Asia which tracked Wall Street lower. The Hang Seng was the weakest performer and is close to matching its 2016 low, the ASX 200 touched a 10-week low ad the Nikkei close to its 2-week low. 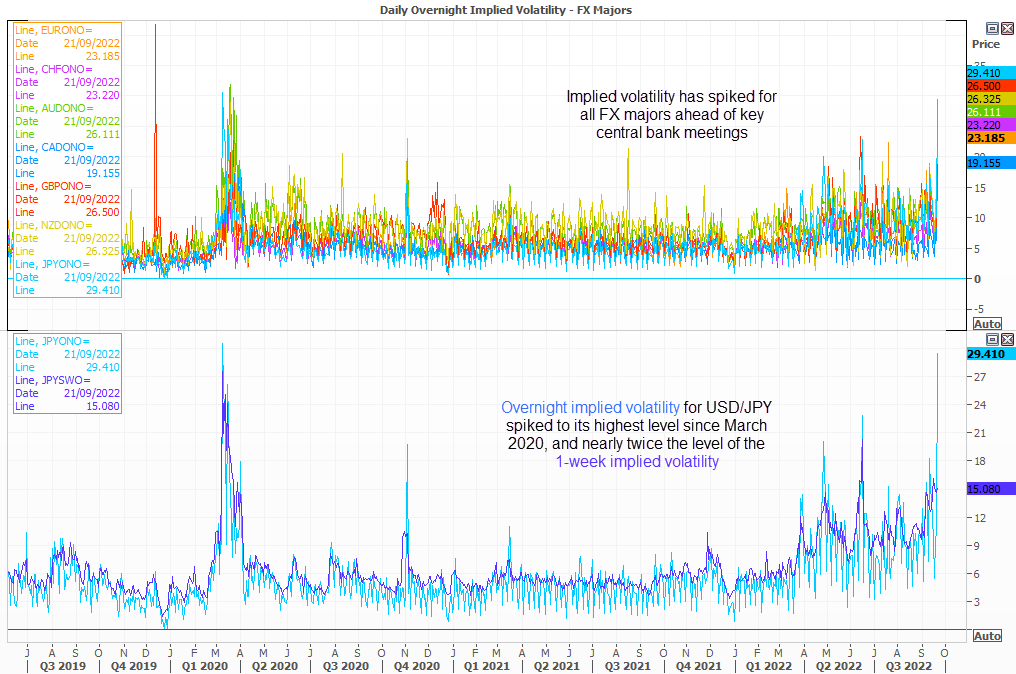 Overnight implied volatility has also spiked for FX majors ahead of key central bank meetings, and most notably USD/JPY. At an annualised rate of 29.41, is at its highest level March 2020 and also around half the value of the 1-week implied volatility. Usually we would expect the overnight to trade at a lower level than the weekly, but the combination of central bank meetings and BOJ activity has clearly spooked yen traders.

The Bank of Japan announced unscheduled bond buying as hawkish central bank expectations saw bonds weaken and yields move higher. This is causing the BOJ some issues as they have to defend their bond market to prevent the 10-year JGB diverging too from far ‘around’ zero.

Yet currency markets failed to react and USD/JPY still looks like it wants to break above 144.0. Perhaps traders missed the memo or they simply do not care, instead focussing on the widening yield differentials to the detriment of the yen. 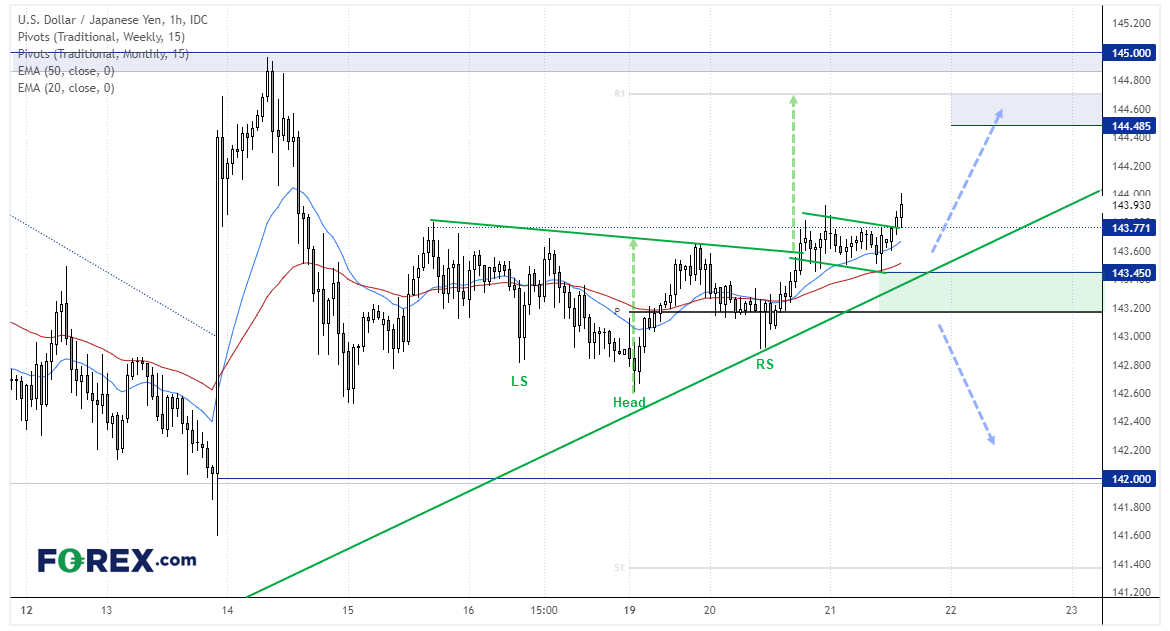 If the BOJ’s announcement was supposed to weaken the yen, it hasn’t worked (yet). In fact USD/JPY has broken out of a consolidation / bull flag, which projects a target around 144.85. Over the near-term we would consider bullish setups as traders are seemingly placing pre-emptive bets for a hawkish hike from the Fed. Should prices dip lower then we’d consider bullish setups along trend support, a moving average of the 43.45 low. Further out a potential inverted head and shoulders pattern is in play which projects a target around the weekly R1.

Should the Fed surprise with a slightly dovish (or less hawkish than expected) hike, then a break of the trendline or the weekly pivot point could be used as level to revert to a bearish bias after the meeting.

Barring any unexpected news flows, the FOMC meeting is the only game in town today. 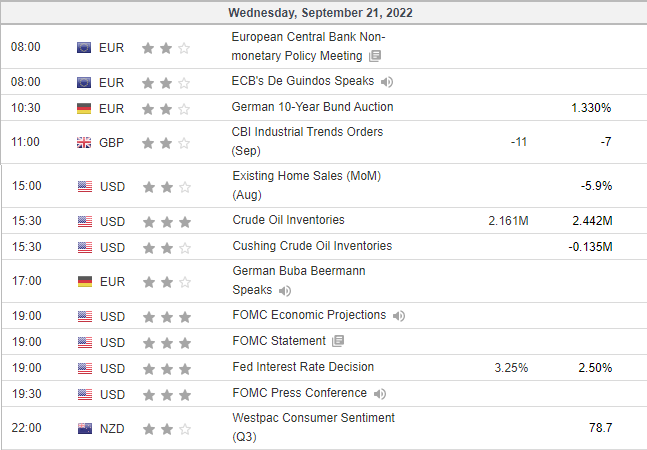