What is the Jackson Hole Economic Symposium?

The Jackson Hole Symposium is one of the longest-standing central banking conferences in the world. Colloquially called “Davos for Central Bankers,” the symposium draws 140 central bankers, Nobel Prize winners, and top academics from more than 40 countries to discuss the most pressing issues with the global economy and monetary policy.

Why is the Jackson Hole Symposium important?

When is the 2022 Jackson Hole Economic Symposium?

The most anticipated speech will be by Fed Chairman Jerome Powell, who hasn’t delivered any public comments since the last FOMC monetary policy meeting on July 27. Powell is scheduled to speak starting at 10:00am ET on Friday, August 26.

What should traders watch in the 2022 Jackson Hole Economic Symposium?

The predictably vague headline topic of this "Reassessing Constraints on the Economy and Policy,” but in practice, the most important components of the conference will be about how central banks can best fight the developed world’s most intense bout of inflation in decades. From the US to the UK to Australia (and basically everywhere else, outside of Japan and China), the combination of policy stimulus and COVID disruptions have driven price pressures to their highest levels in at least a generation, prompting central banks across the globe to test their inflation-fighting mettle, even as economic growth slows.

Keying in on the host of the symposium, the Federal Reserve, Chairman Powell’s keynote address will be the most important event for traders. In recent weeks, a bevy of Federal Reserve speakers from James Bullard to Neel Kashkari to Mary Daly to Thomas Barkin to Michelle Bowman have all pushed back on traders’ apparent expectation for an imminent “pivot” from the Federal Reserve after a strong NFP report; now, with the market split 50/50 on whether to expect a 50bps or 75bps interest rate hike in next month’s monetary policy meeting, Powell’s speech may definitively tip the scales.

After seeing inflation surge well above their target this year, partially on the back of a strong jobs market, Federal Reserve policymakers will be loathe to risk appearing “soft” on inflation; just as the proverbial farmer closes the barn door after the horses have bolted, Powell and company will want to ensure that they’re thoroughly licking inflation before letting up, even if it means a slowdown in broader economic growth. From that perspective, Jerome Powell is likely to lay out a relatively hawkish outlook for monetary policy in our view, prompting traders to start pricing in a 75bps interest rate hike next month as the odds-on scenario. While the FOMC will eventually have to downshift from its aggressive tightening, policymakers will ensure that they do so in a way that retains their inflation fighting credibility.

Looking at the US dollar index (DXY), the greenback has been in a consistent uptrend through the year (and indeed dating back to the start of 2021). As of writing, the US dollar is pulling back after testing its 20-year high just above 109.00, but if Powell comes off as hawkish as we expect on Friday, traders are likely to hop back on the bullish dollar bandwagon sooner rather than later. 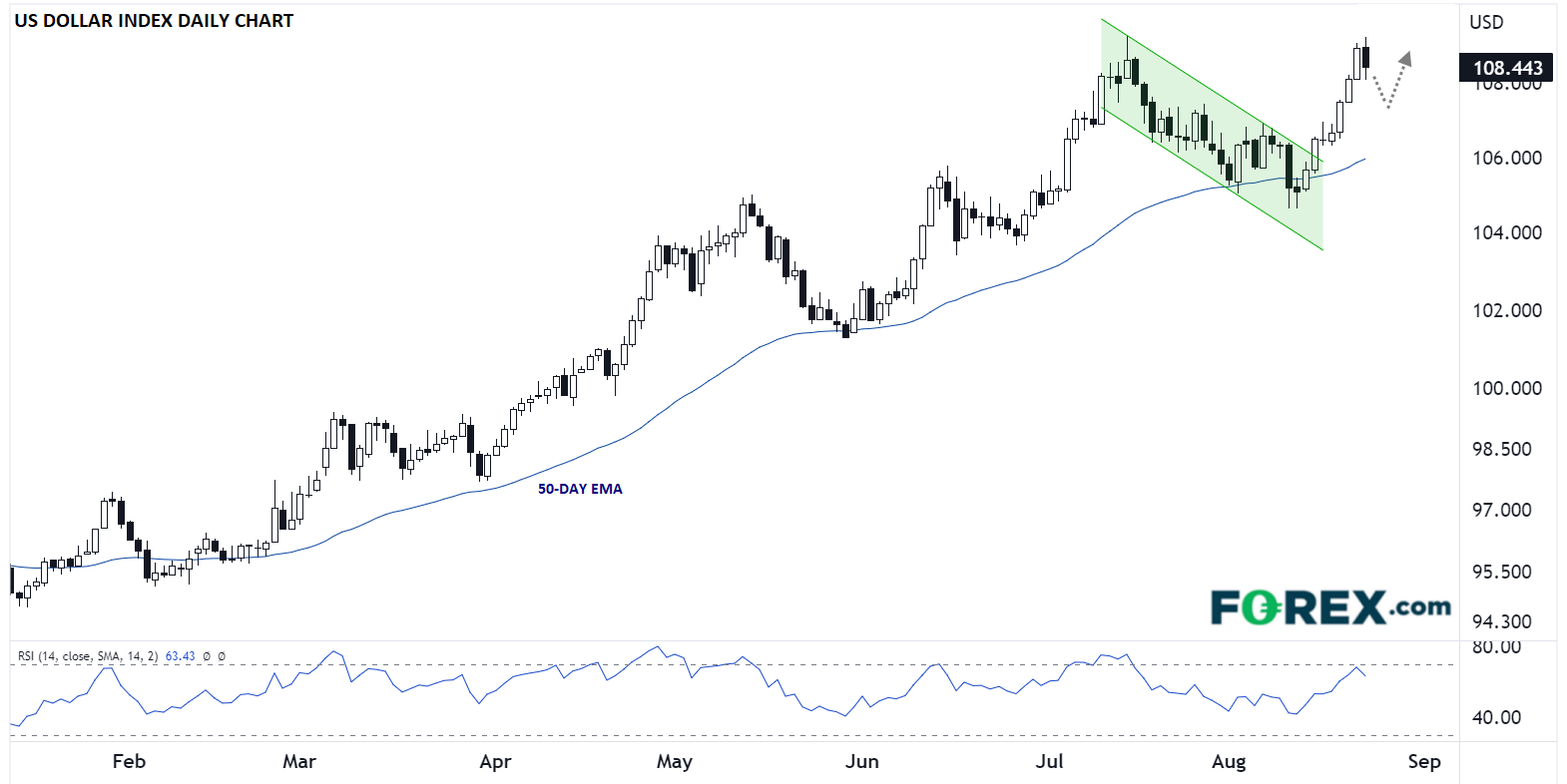 What to make of December’s FOMC meeting?
By:
Joe Perry CMT