Mexico CPI continues to rise; rate hikes not helping yet

On a weekly timeframe, USD/MXN has been trading under the downward sloping trendline dating to the pandemic highs from April 2020, near 25.7836.  However, since November 2020, USD/MXN has been holding above a band of support between 19.5491 and 20.1973.  The pair has tested this band may times, only to bounce each time.  During the week of  May 30th, USD/MXN broke below the bottom of the range, only to bounce the next week and close back inside.  As often is the case, when a pair fails to breakdown through one side of a formation, it often moves to test the other side.  USD/MXN continued to move higher and test the top, downward sloping trendline near 20.7012 last week.  However, the pair failed to close above it and formed a shooting start candlestick formation on the weekly timeframe.  This is often a 1 candlestick reversal pattern, which means the pair could be moving lower. 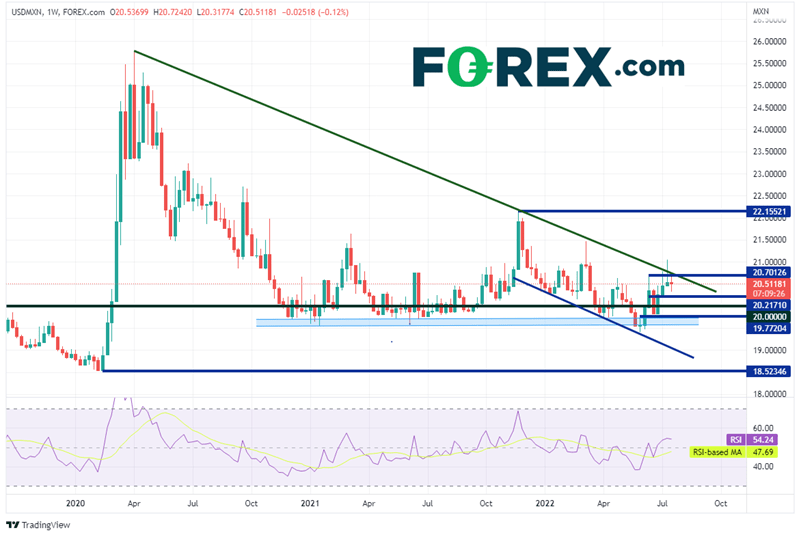 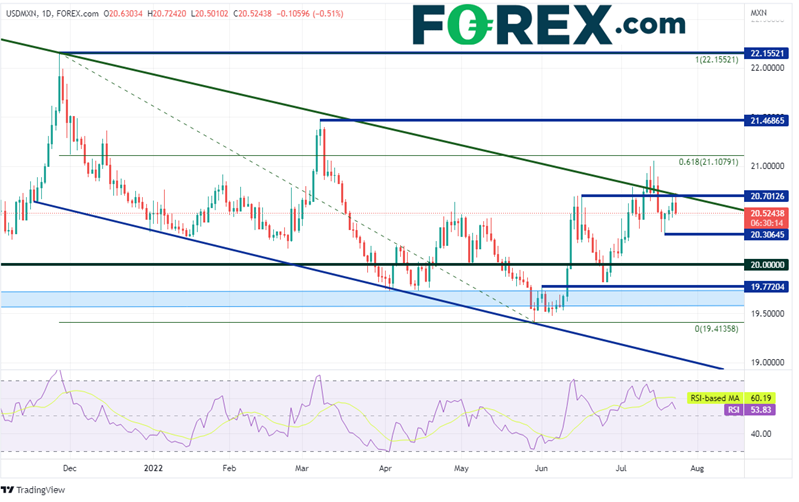 With the higher than expected inflation reading for Mexico, the peso may continue to go bid.  In addition, expectations are that the Bank of Mexico will be hawkish at its next meeting and hike by 75bps.  Note that today’s release of the July PMI for the US was also weaker than expected, putting pressure on the US Dollar.  All these factors together may cause USD/MXN to test the support range once again!