On weekly timeframe, USD/MXN has been trading lower in a descending triangle pattern since the pair made a pandemic high of 25.7836 in April 2020.  Notice at the bottom of the triangle there is a strong support zone that USD/MXN held from November 2020 to September 2021, between 19.5491 and 19.7275.  From there price bounced to the 38.2% Fibonacci retracement level from the April 2020 highs to the June 2021 lows, near 21.9612, however failed to close above it. Price continued lower and is currently testing the long-term support zone once again. 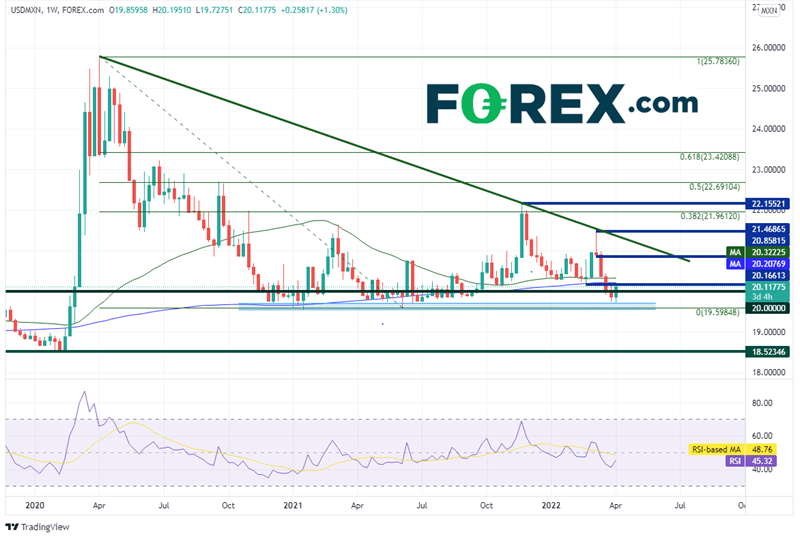 On a daily timeframe, USD/MXN tried to move highs again in late February and early March, however, price was stopped at the long-term downward sloping trendline, near 21.4687.  Since then, price collapsed below both the 50- and 200- Day Moving Averages, and back towards the long-term support zone. 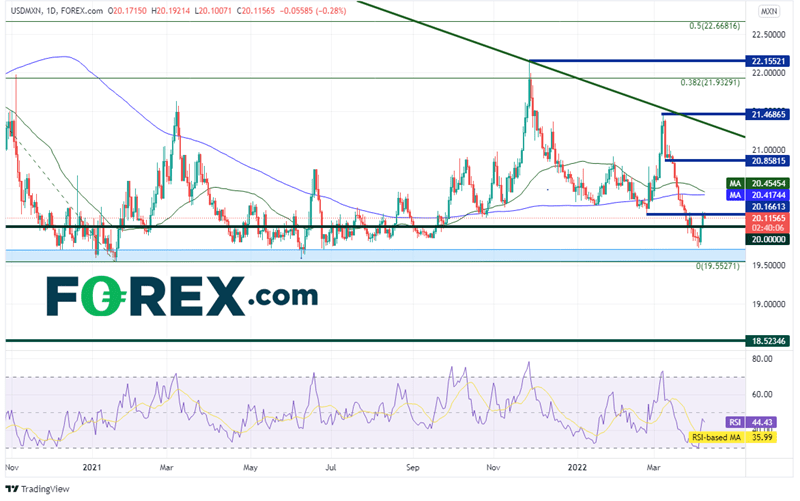 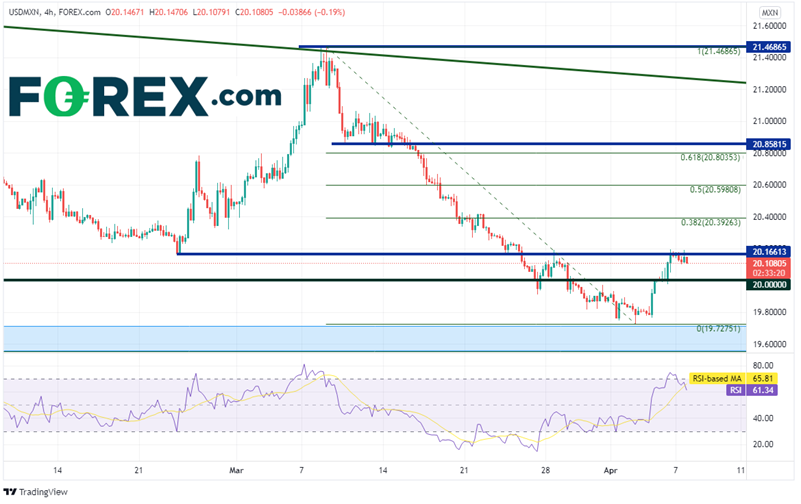 Mexico’s inflation continues to move to higher levels than the Bank of Mexico had anticipated.  However, the USD/MXN is caught between a long-term support zone and the downward sloping trendline of a long-term descending triangle.  For now, the pair is consolidating.  However, when USD/MXN breaks out of either of these levels, it may move quickly!